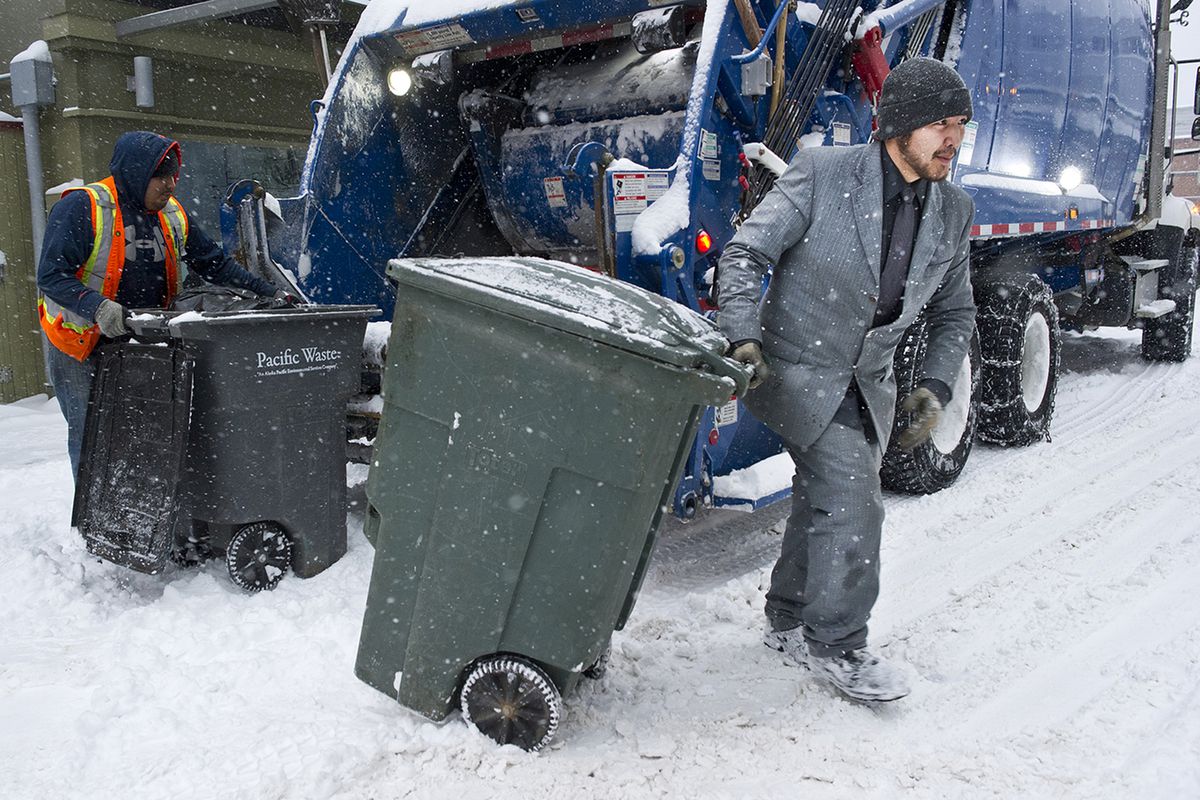 The Regulatory Commission of Alaska has begun considering whether to trash the state’s rules for garbage collection.

On Wednesday, the commission said it had opened a public comment period on a series of questions related to garbage in Alaska. Comments are due by Dec. 5. At the top of the list of questions: “Please provide comments on your position regarding full or partial deregulation.”

Mark Gingrich, vice president of Alaska Waste, the state’s largest garbage company, said it’s unclear whether regulators will actually deregulate, and if they do, what steps they will take. Given that, it’s impossible to say what the implications for customers will be.

“To me, the narrative is ‘Hey, they’re seeking information on the industry,’ ” he said.

But regulators’ request didn’t simply come from a desire for more information. It’s based on a 2018 complaint filed by BlueArctic — a competing trash collection service — against Alaska Waste. The complaint alleged Alaska Waste was unfairly lowering rates for prospective BlueArctic customers while leaving rates untouched for others.

Regulators found the complaint groundless and said Alaska Waste did nothing wrong.

“However, our investigation did pique our interest in the current status of the deregulated commercial refuse industry and the utility practices therein,” the commission wrote, starting a process that resulted in this week’s request for information.

Jason McDonald, general manager of BlueArctic, declined to comment on the record about the complaint or what his company might say during the public comment period. Speaking generally, he said a “stable, partially regulated market” would be best from his perspective.

“The regulatory commission’s job, their only job, is to protect the consumer, and that’s all I want them to do,” he said.

According to information provided by the commission, Alaska is the only state in the nation that regulates garbage collection as a utility, controlling what companies may operate and what rates they may charge. The state largely deregulated commercial garbage rates in 2007, but companies still have to have permission to work. When it comes to curbside trash pickup at home, companies have to have permission to change their rates, too.

Some companies have permission to issue a range of rates, allowing discounts or price hikes on the fly. Smaller companies are exempt from most of the detailed regulations.

Lloyd Moore operates a small trash-collection service in Homer and the southern Kenai Peninsula. His is the kind of business that regulators have traditionally encouraged: It’s locally owned and operated and provides additional options for consumers.

“I actually think a complete deregulation would be beneficial for a consumer," he said.

From a business standpoint, he said, it would make sense for him to want to preserve existing regulations, because they make it more difficult for a new competitor to spring up. As a consumer, though, he prefers options.

“For the consumer, (it’s) always good to have competition. I think that’s the way we should have it, an open market," he said. “If they can do it cheaper than me, for less money, than more power to them.”