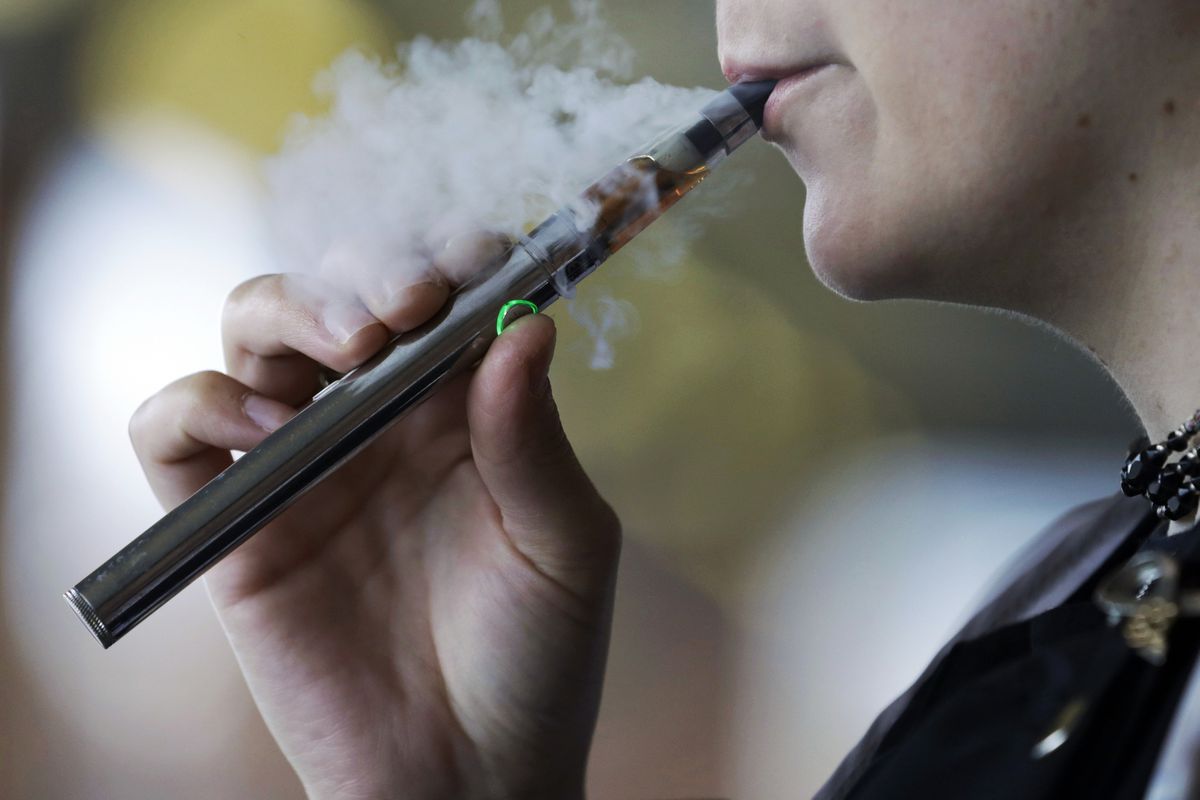 For months, Alaska remained the lone state absent from the list of confirmed cases as a nationwide investigation into vaping-related lung illnesses and deaths continued.

Epidemiologists and other public health officials in Alaska haven’t identified a single, clear reason why that was the case.

In November, the U.S. Centers for Disease Control and Prevention released new information about the outbreak, further linking vitamin E acetate, a thickening agent found in some vape products, with the illness. As of Nov. 20, the illness had sickened over 2,290 people and killed 47 people across the U.S. Many of those cases have been associated with vaping devices and e-cigarettes containing THC, or tetrahydrocannabinol, the “psychoactive mind-altering compound of marijuana," according to the CDC.

The CDC announced in November that vitamin E acetate was found in the lungs of 29 patients with the illness — known as “e-cigarette, or vaping, product use associated lung injury,” or EVALI for short.

State epidemiologist Joe McLaughlin said the Alaska patient is “an otherwise healthy teenager from Southeast Alaska who reports frequent vaping from both nicotine and THC products."

According to the Alaska health department, the THC vape products that the teen used “reportedly originated from outside of Alaska.”

The individual developed a cough in early November and roughly two weeks later reported respiratory symptoms like coughing, shortness of breath and chest pain as well as gastrointestinal problems like diarrhea, nausea and vomiting. The individual also reported fever and fatigue, McLaughlin said.

The patient was admitted to an out-of-state hospital on Thanksgiving, according to McLaughlin. State health department officials were notified of the case on Friday and began investigating. They consulted with CDC experts to make sure the case met the threshold for diagnosis.

“Fortunately the patient is recovering steadily, but this case really underscores that Alaska is not insulated from this nationwide outbreak,” McLaughlin said.

Health officials in Alaska have investigated eight previous suspected cases of the illness that did not meet CDC’s threshold.

“Our thoughts are with the patient and family members and we are thankful the patient is steadily recovering,” said Dr. Anne Zink, Alaska’s chief medical officer, in a written statement by the department.

The potential reasons Alaska was the last state with a confirmed case of the illness are varied, McLaughlin said.

It’s possible that people in Alaska have had the illness but it was too mild to prompt a visit to the doctor, he said.

The condition also might have been more severe and diagnosed as something other than the vaping-related illness. Another possibility, according to McLaughlin, is that a case might not have been reported or it did not meet the CDC’s standards for an official EVALI diagnosis.

The lack of cases just could have been happenstance due to Alaska’s relatively small population, McLaughlin said.

It’s also possible that the chemical or chemicals causing the illness have not made their way to Alaska in large quantities.

After a review of ingredient lists, the state’s Marijuana Control Board determined that vitamin E acetate did not show up in any approved products in the regulated Alaska market, said Loren Jones, who is vice chair of the board and holds the public health seat.

The CDC is recommending that “people should not use THC-containing e-cigarette, or vaping, products, particularly from informal sources like friends, or family, or in-person or online dealers.”

The federal agency specified that “the only way to assure that you are not at risk while the investigation continues is to consider refraining from use of all e-cigarette, or vaping, products.”