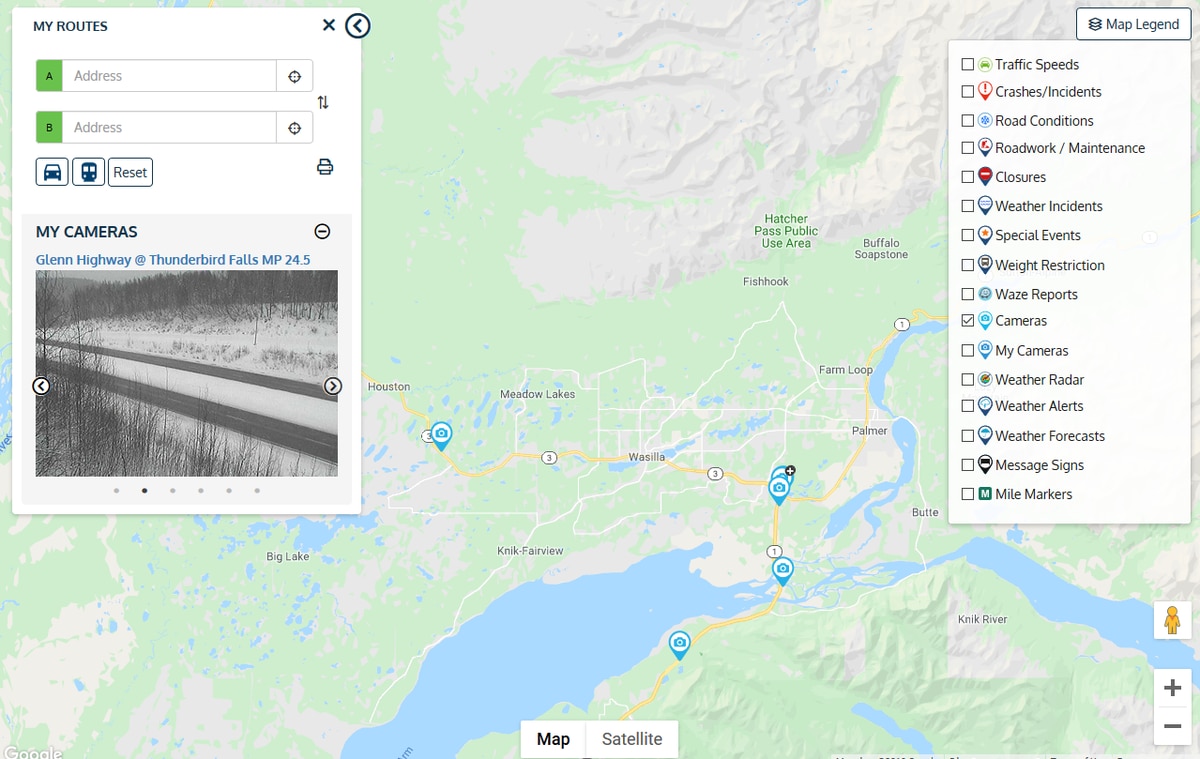 The Alaska Department of Transportation on Friday rolled out a new 511 road condition alert system that brings together crowdsourced data and navigation to give drivers the most up-to-date information possible.

People can access the new system by calling 511, visiting 511.alaska.gov or downloading the 511 Alaska mobile app from Google Play or the App Store. It’s designed to be more user- and mobile-friendly, DOT spokeswoman Caitlyn Frye said.

“The old system was kind of a legacy system,” she said. “It just was not set up how we use the internet and apps today.”

The new website will be responsive on phones, which Frye said means users can zoom in and out of the travel map and click on portions to find out more information.

The app will offer directions, and Frye said users can set personalized routes to places they travel often to receive notices and alerts in those areas.

Current subscribers to 511 app or email alerts will need to re-download the app or visit the website, respectively, to resubscribe to alerts. Frye said the old version of the app has been removed from the app store and users will need to download the new version.

“One of the challenges will be making sure that everyone who is currently using the system knows that they need to sign up again," Frye said. “There is some concern that people will be traveling over the holidays and not getting the updates they expect.”

The system includes an integration with Waze, a navigation app owned by Google that allows users to report road conditions, including closures or crashes. Frye said the user reports will appear within DOT’s 511 app too.

The system will also show traffic speeds. Frye said a company called Here collects information from cellphone providers that allows the company to track traffic speeds, which are then linked to the 511 app.