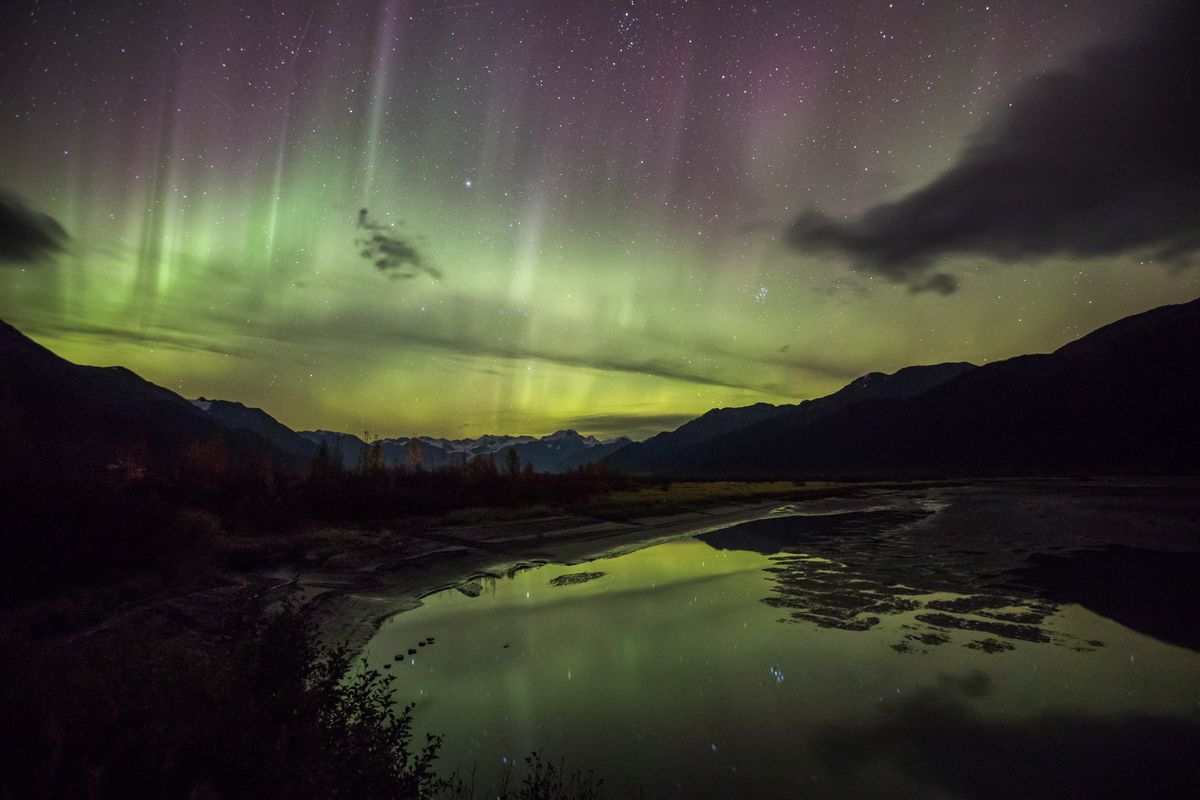 A university website displaying the upcoming northern lights forecast saw a jump in visitors this week, likely due to an Alaska Airlines promotion.

Traffic has spiked on the University of Alaska Fairbanks Geophysical Institute’s aurora forecast since the sale started Monday, according to Fritz Freudenberger, a public information officer with the institute.

Aurora chasers in the Lower 48 can snag discounted tickets to Anchorage and Fairbanks during the sale from the Seattle-based airline, with a sliding scale of reduced prices depending on the projected intensity of the northern lights — the stronger the aurora forecast, the bigger the discount.

The sale runs through Friday. Alaska Airlines linked to the institute’s forecast website so customers could see how the index might change.

“We are the horse’s mouth, so to speak,” Freudenberger said. “They’re coming to us to get that information.”

Though the institute doesn’t have final numbers, on Monday the forecast site drew more than 9,000 hits from the Alaska Airlines fare sale.

Alaska Airlines saw the northern lights promotion as a way to encourage winter tourism, said Tim Thompson, a spokesman for Alaska Airlines. The airline had a similar promotion on fares to Hawaii except with ocean swells for surfers, Thompson said.

“They approached us to make sure that their marketing materials associated with the promotion were accurate,” said Mark Conde, a professor of physics at UAF.

The next few months aren’t expected to be a particularly active time for the aurora, according to Conde. But Alaska is still a good place to be for tourists trying to catch it.

“Even if the sun is quiet, you still have a reasonable chance of seeing the aurora if you come to Alaska and spend some time here,” Conde said.

Those intent on seeing the lights might want to choose a destination farther north than Anchorage, said Charles Deehr, a professor emeritus at UAF who helped start the aurora forecast.

Fairbanks would give aurora chasers the best chance of glimpsing the colorful display, Deehr said. Anchorage visitors have a lower likelihood of seeing an aurora, he said, because the skies aren’t as clear and it is farther south.

He cautioned that the 27-day forecast is just that: a forecast. In order to make sure you can see the aurora, he suggested planning a trip based on a range of days that look like it will be active.

Deehr advised potential northern lights-hungry tourists to monitor the 30-minute forecast to see if the aurora will be visible that evening. If the night is cold and clear in Fairbanks, Deehr said, it’s likely that they’ll get lucky.