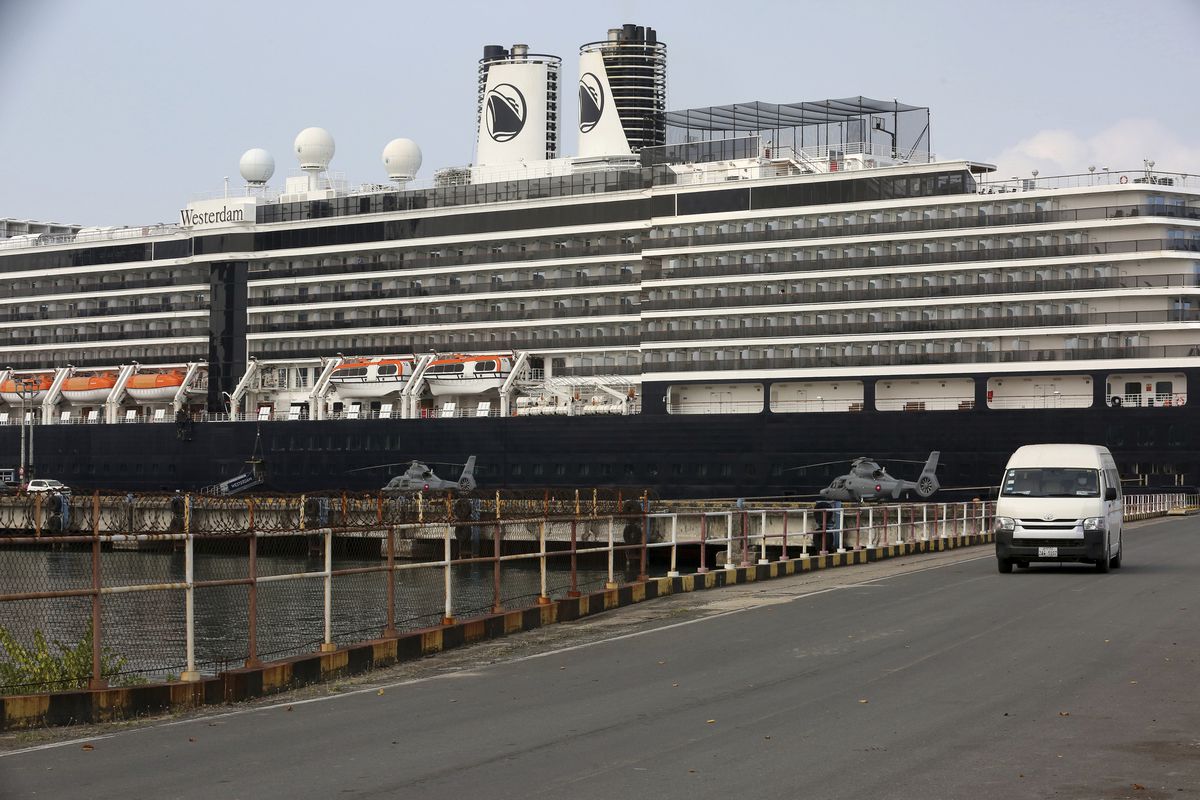 Two Cambodian military helicopters are parked at the port where the MS Westerdam is docked in Sihanoukville, Cambodia. (AP Photo)

Two Cambodian military helicopters are parked at the port where the MS Westerdam is docked in Sihanoukville, Cambodia. (AP Photo)

JUNEAU - A cruise ship that was turned away from ports in Asia because of fears of spreading the coronavirus is expected to arrive in Alaska this month.

The Westerdam is scheduled to dock in Juneau on or around March 22 after being denied permission to enter five ports over concerns about the virus that causes the disease called COVID-19, KTOO-FM reported Monday.

Juneau City Manager Rorie Watt received confirmation Monday from Holland America Line that the ship was expected to depart the Philippines on its way to the city.

One passenger from the Westerdam tested positive for the virus but has since been cleared after the result was determined to be false. All passengers have since left the ship, and the crew tested negative.

Juneau does not have any reported cases of virus. Watt said he is not concerned about the ship's arrival.

"By the time it arrives in Juneau, the crew essentially will have been quarantined on the ship, with no entry or exit of other people for the better part of a month," Watt said.

The crew will likely undergo additional testing when they arrive in Hawaii on their way to Juneau, where they will be allowed to leave the ship.

"They probably are going to be doing maintenance projects and giving crew some shore leave," Watt said. "I would imagine the crew's probably pretty tired and stressed out from the whole situation."

Holland America Line did not immediately respond to a request for comment.

COVID-19 is caused by a member of the coronavirus family that is a close cousin to the SARS and MERS viruses that have caused outbreaks in the past.

More than 92,000 people around the globe have been infected, with more than 3,100 reported deaths. More than 70 countries have been hit by the virus.

Most develop only mild cases. But some people, usually those with other medical complications, develop more severe symptoms, including pneumonia, which can be fatal.