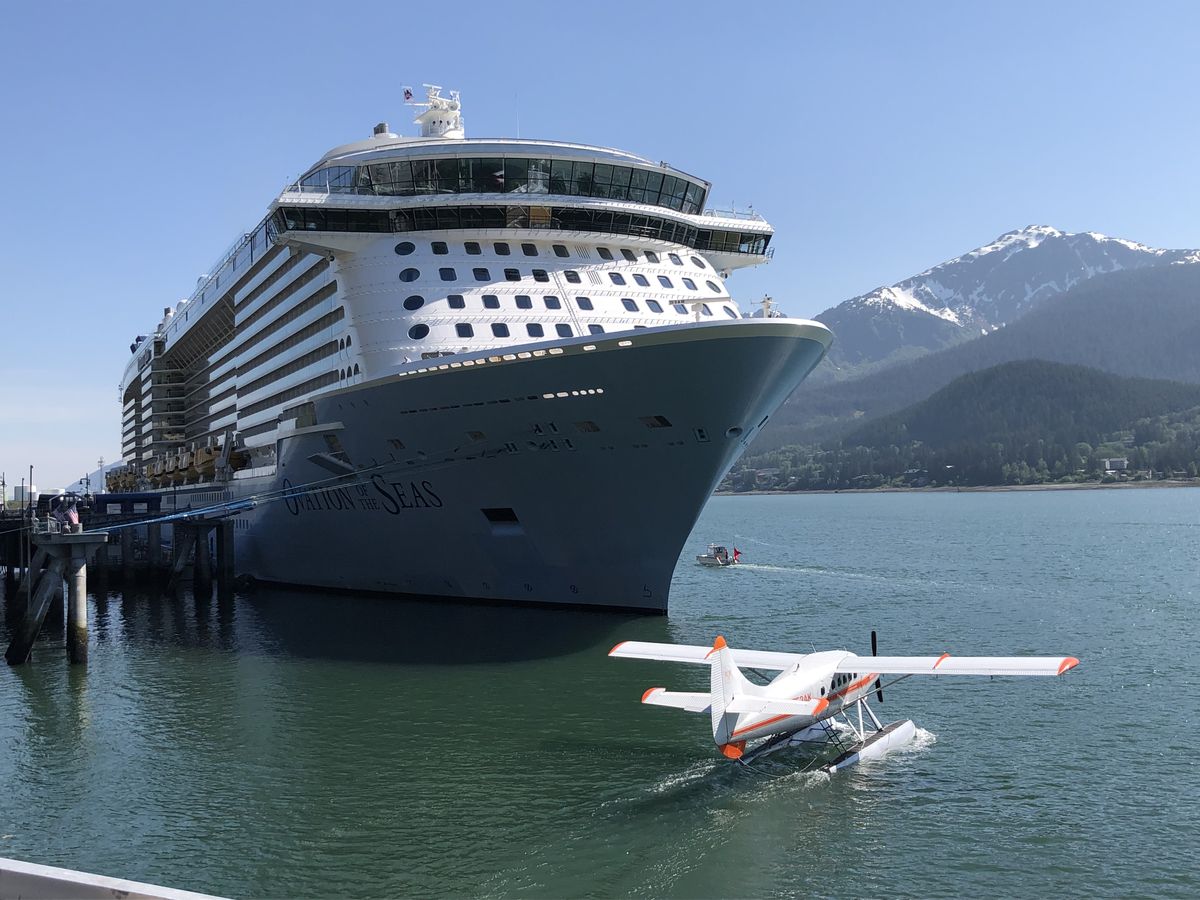 The cruise ship Ovation of the Seas is seen moored in the Port of Juneau on Sunday, May 26, 2019 as a floatplane taxis across the harbor. (James Brooks / ADN)

The cruise ship Ovation of the Seas is seen moored in the Port of Juneau on Sunday, May 26, 2019 as a floatplane taxis across the harbor. (James Brooks / ADN)

JUNEAU — Alaska’s cruise ship season could be upended after an announcement Friday that Canada is suspending all cruise ship tourism until at least July 1.

Most large cruise ships are registered to foreign governments. Under U.S. law, that means they can’t sail between two U.S. ports without also visiting a foreign country.

For many cruise ships headed to Alaska, Canada was that foreign country.

“Obviously, a huge deal,” said Rorie Watt, city manager of the City and Borough of Juneau.

Peter McGraw, a spokesman for the Port of Seattle, said officials in that city are examining their options.

“The pace of change and scale of operational impact is significant, and we will continue to work closely with stakeholders on next steps,” the Seattle port said in a written statement.

Canada’s action is a problem for Alaska because of the the Passenger Vessel Services Act of 1886. Under that federal law, people sailing exclusively between two U.S. ports must travel in ships built in the United States and owned by American citizens.

Alaska cruises comply with that law in various ways. Some trips begin in Seattle and stop in a Canadian port on their way to Alaska. Others begin in Canada before traveling to Alaska.

Representatives of the major cruise companies that serve Alaska did not immediately respond to questions late Friday. Mike Tibbles of the Cruise Lines International Association of Alaska, the industry’s leading trade group, said he was still trying to figure out the situation.

If companies can’t find a workaround to the Canadian shutdown, which affects all ships carrying more than 500 passengers and crew, Alaska sailings are impossible.

Last year, industry officials said they expected 1.44 million tourists to visit Southeast Alaska by cruise ship in 2020, and the tourism industry is a major component of the region’s economy.

Those pauses are largely irrelevant to Alaska’s cruise tourism, which doesn’t begin until May, and not in earnest until the second half of that month.