Are Alaska’s hospitals equipped to handle the coronavirus? 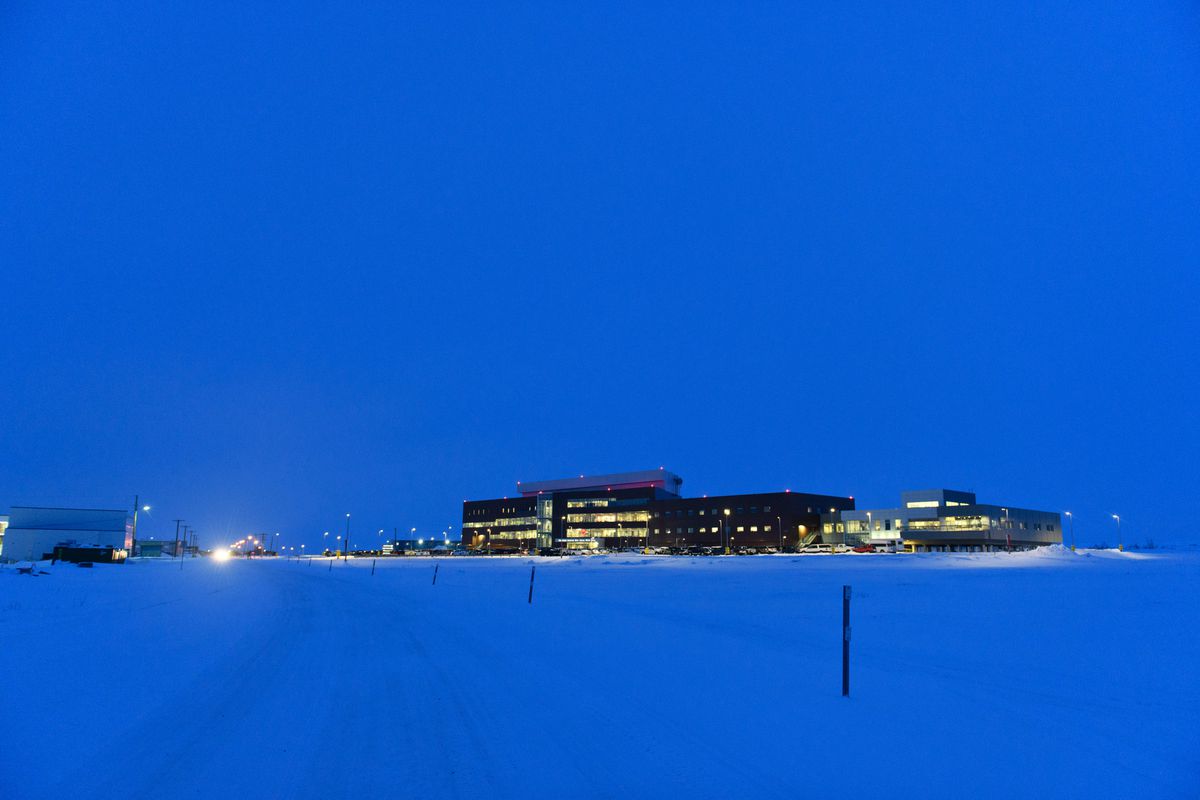 Around the world, officials have warned that without dramatic containment measures aimed at slowing the spread of the virus, coronavirus cases will overrun hospitals and swamp the health care system.

So, are Alaska’s hospitals equipped to handle the coronavirus?

“Am I concerned?” said Julie Taylor, the CEO of Alaska Regional Hospital. “If we saw the volumes Italy saw, it would be a problem in any market.”

Hospital officials say the situation can not be distilled to a certain number of coronavirus cases that would overwhelm the system.

But there is mounting worry that if the state had a surge of sick patients, the facilities would face stark choices about how to care for all of them.

“If we felt like we could handle a surge of it, all at once, we would definitely have life go on as normal,” said Dr. Anne Zink, Alaska’s chief medical officer, during a Monday briefing. "But we are concerned about our healthcare capacity.”

“If it hits all at once?” said Jared Kosin, the head of the Alaska State Hospital and Nursing Home Association. “Yeah, you’re going to be overrun.”

But that, Kosin said, is the whole point of the drastic measures governments in Alaska and beyond have instituted, including banning large gatherings, closing bars and restaurants, shutting schools and delaying court proceedings.

“It’s here. It’s coming here,” he said. “Can we contain this long enough over time and have that spike really be mitigated and lengthened, is the question.”

As on Monday afternoon, three people in Alaska had tested positive for COVID-19. Another 250 test results have come back negative, according to the state’s website. It wasn’t clear how many tests are awaiting results.

Alaska has 21 acute care, tribal and critical access hospitals across the state, plus many more clinics and skilled nursing centers.

The state has roughly 1,500 hospital beds, based on the most recent data from the Department of Health and Social Services. That doesn’t count hospital beds on military bases.

“This is not a math calculation,” Kosin said.

“The response will go way beyond the licensed bed count,” Kosin said. “That number (of hospital beds) definitely does not represent the capacity that would be deployed to meet this.”

Alaska Regional Hospital, one of the largest in the state, would stop doing anything but “truly emergent” surgeries if a flood of coronavirus patients needed care. Staffing would be pulled from other areas of the hospital, said CEO Julie Taylor.

The hospital typically runs at about 70 percent of its capacity, she said.

In an all-out crisis, physical beds and equipment would be less of a potential problem than staffing.

“Especially if we had employees that become ill, or have to stay home because there’s no school and they don’t have a babysitter,” she said.

The hospital also relies on travel nurses who come to Alaska for a temporary job. Some have cancelled to stay closer to home since the coronavirus crisis intensified, she said.

Alaska’s ratio of hospital beds to people is on the low end of the spectrum.

There are about two hospital beds for every 1,000 people in Alaska, Kosin said. The national average is 2.5 beds per 1,000. Eight states have a lower ratio than Alaska.

“Alaska is on the low end, but it’s not totally different from everywhere else,” he said.

Certain supplies, such as ventilators needed by the sickest virus patients, are finite.

On Monday, President Donald Trump told governors to try to get ventilators and respirators on their own before an overwhelming number of coronavirus cases land in their states.

It’s not at all clear whether Alaska’s supply of such equipment is adequate.

On Monday, Zink would not say how many ICU beds and ventilators are available in the state.

“Those things are very variable numbers. It’s like asking me how many raindrops are going to fall. It changes based on all sorts of factors,” she said.

Zink said there are ventilators in hospitals, extended-care facilities and surgical centers, in addition to a state stockpile. Also, it’s possible the state can access ventilators from Outside. The decision to place a person on a ventilator is made on a case-by-case basis, Zink said, and there are other methods to treat patients, if needed.

“By giving you a specific number, I’ll be wrong no matter what that number is,” Zink said.

The same goes for ICU beds, Zink said. There’s a fixed number of beds in intensive care units right now, but hospitals could convert some other beds if needed.

A few large hospitals volunteered information about their own supplies: Providence says it has 37 intensive-care unit beds and can put 44 patients on ventilators.

Alaska Regional Hospital has 14 dedicated ICU beds, and can increase to 20 if necessary. The hospital has 20 ventilators, according to spokeswoman Kjerstin Lastufka.

Alaska’s unique geography could also complicate caring for a large number of cases in the state.

Roughly 300, or 20%, of acute care hospital beds in the state are in hospitals off the road system, in places like Nome and Juneau, according to the hospital association.

“We have pockets of (acute care hospital bed) inventory and pockets of population,” Kosin said.

At Norton Sound Regional Hospital in Nome, there is no ICU unit. Patients needing that level of care are usually medevaced, said spokeswoman Reba Lean.

“As far as we know, that hasn’t changed,” Lean said.

Right now, Alaska has three known positive cases of coronavirus -- a cargo pilot who flew into Anchorage and quickly sought medical help, plus two older men in Fairbanks who had been traveling in the Lower 48.

As of Monday night, no documented cases of coronavirus from community spread had been announced by Alaska public health officials. State officials consider all three cases to be “travel associated,” though Zink said Monday night that the two men in Fairbanks had been moving out in the community there “for a period of time.”

One of the ironies of the situation, Kosin thinks, is that if Alaska only sees a scattering of cases and its health care system isn’t tested, people might ask if all the sacrifices of the containment measures were worth it.

“If we don’t get a lot of cases in Alaska, it means we did our job and we did it very well.”