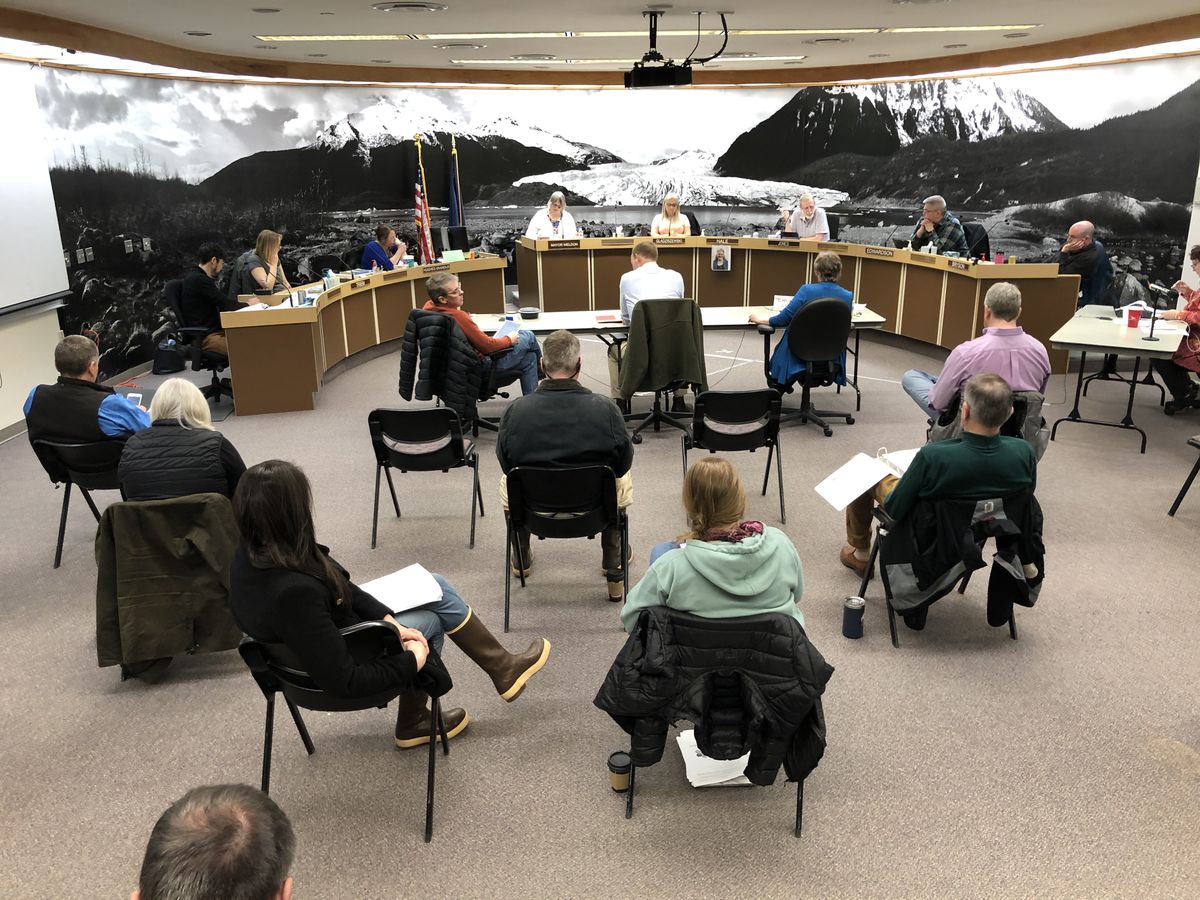 Members of the public demonstrate social distancing during a Sunday, March 22, 2020 meeting of the City and Borough of Juneau Assembly. (James Brooks / ADN)

Members of the public demonstrate social distancing during a Sunday, March 22, 2020 meeting of the City and Borough of Juneau Assembly. (James Brooks / ADN)

JUNEAU — The City and Borough of Juneau enacted one Alaska’s toughest quarantine mandates on Sunday as the city’s assembly voted 6-3 to order all travelers from COVID-19 infected locations to self-quarantine for two weeks.

City officials said the rule will be enforced by law, but the resolution enacting the quarantine does not say how, and in the four-hour meeting that confirmed the order, elected officials were told that Juneau has only six police officers on duty at any given time.

Previous travel orders, including those enacted by the Municipality of Anchorage and the state of Alaska, have generally been optional or recommended. Some smaller towns and villages have tougher rules, but Juneau’s is the toughest among the state’s largest cities.

Under the terms of the Juneau rule, anyone who travels to Alaska’s capital city — by boat or plane — from Outside or from an Alaska city with a diagnosed case of coronavirus must be quarantined for two weeks. The location of the quarantine is up to the individual person, and as assemblymember Loren Jones said, the rule doesn’t specifically say the quarantine must be in isolation. A person might stay at a hotel room, for example.

The rule expires April 16, before the first cruise ships are scheduled to arrive in the city. The first small cruise ship is scheduled for April 18, and the first large ship would come later in the month, but those arrivals are in doubt.

Juneau is a transportation hub for Southeast Alaska, and people who pass through the city to another destination are not required to quarantine. The quarantine also exempts government workers and people in critical industries, among other carve-outs. The area’s gold mines had requested an exemption because many workers at those mines live out of state.

State legislators and legislative employees are also exempted. (Lawmakers would have been protected by a provision of the Alaska Constitution anyway.)

Votes against the proposal came from Jones and two others who said they worry the order intrudes upon civil liberties.

On Monday, the Juneau Assembly is expected to approve a “hunker down” order — similar to the one enacted by Anchorage — that would apply to residents who have not traveled into the city.