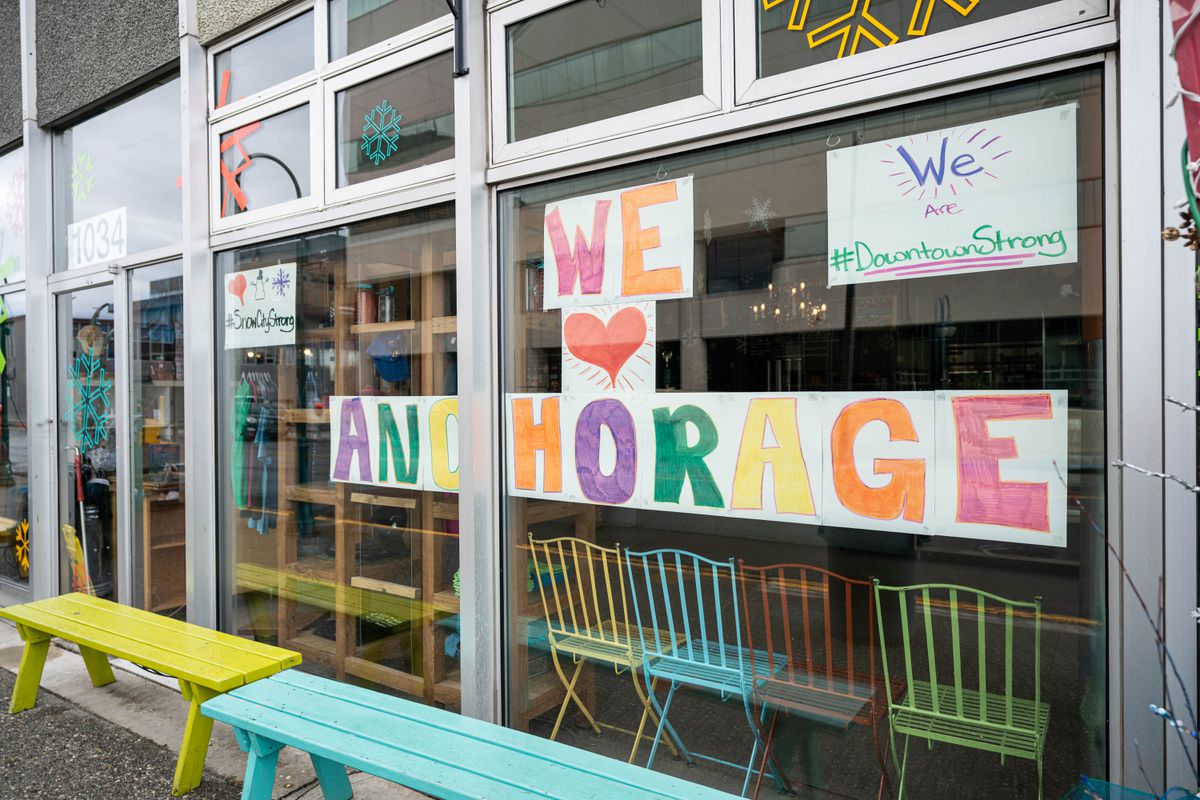 Amid a continued rise in COVID-19 cases across Alaska, state officials spoke on Wednesday about how the future might look as the global pandemic presses on.

“We are going to live in a world of COVID for some time,” said Dr. Anne Zink, the state’s chief medical officer.

Alaska saw eight new cases of COVID-19 statewide as well as two new hospitalizations and eight new recovered patients, according to an announcement from the state’s health department Wednesday.

A once hazy picture about life during a pandemic has become somewhat clearer, as the state continues to expand testing abilities, hospital bed capacity and the availability of personal protective equipment in Alaska.

But how the future looks won’t be a direct reflection of life before COVID-19.

Zink said she’d heard a line recently that resonated with her: “We really need to normalize the new normal."

Gov. Mike Dunleavy said that a lot of work has gone into preparing Alaska for a potential spike in COVID-19 cases and that the state was doing well based on its expanded health care capacity.

“And this is one of the reasons why we’re starting to talk about potentially adding more sectors to open up in our economy over the next several weeks or several months,” Dunleavy said.

State officials took an initial steps toward a reopening of the economy Wednesday, announcing that in the coming weeks, health care providers would be able to resume offering certain services and non-urgent elective medical procedures would be allowed to proceed. Such restrictions were originally enacted to conserve protective medical equipment statewide.

The decision was also made in order to ensure that health care professionals stayed in the state, Dunleavy said.

“We can’t lose folks leaving Alaska looking for work elsewhere," Dunleavy said, adding that it was important to have health care workers available in case the scale of the pandemic in Alaska grew significantly.

In looking ahead, Dunleavy said that the state is also discussing a way forward for retail establishments to reopen at some point and for fisheries to operate.

But officials have continued to caution that the unpredictable nature of COVID-19 makes it hard to plan far in advance.

“If we opened everything up and went back to normal, the chances are probably excellent that our cases would grow,” Dunleavy said about a swift reopening. “And if we kept it open — even with our cases growing — you could potentially have a situation like New York.”

If more people suddenly get sick, it could “spike” the number of people needing hospitalizations, which could potentially overwhelm the state’s health care capacity, Dunleavy said.

The state plans to continually monitor whether certain places might see a re-emergence of the illness after sectors of the economy do begin to start back up again, Dunleavy said.

The governor also said there will likely be parts of pre-pandemic life that won’t bounce back as quickly. Shaking hands with someone or heading out onto a crowded dance floor, Dunleavy said, might not happen for a while.

Places like Fairbanks and Ketchikan initially saw a surge in daily cases that has since tapered off. It’s still too early to know specifically what’s going on, Zink said, especially because the illness can take weeks to develop, but testing and other measures can help better understand where the virus is.

“Early identification of cases, aggressive contact investigations, isolating sick people, quarantining those who were around it can make a difference in stopping an outbreak,” Zink said.

In rural Alaska, officials are looking at ways to expand health care resources and each community’s capacity to quarantine and isolate individuals who might otherwise not have the ability to do so themselves, Zink said. “That may involve schools, that may involve hotel rooms, that may involve alternative care sites,” she said.

“This was one of the factors that weighed into school closures for the rest of the year," Dunleavy added, “because in many of our communities, the schools if (they) had to would be used for dealing with an outbreak.”

A slow return without any sudden spikes in cases is the goal, Dunleavy said. Zink urged Alaskans to take continued individual responsibility by staying distanced from others in order to stem the spread of the illness.

“The sooner we can learn to kind of swim in this new water rather than just kind of holding on to the edge of the past, the stronger and more resilient we’ll be,” Zink said.

The number of people who tested positive for the disease caused by the coronavirus in Alaska rose by eight on Wednesday, bringing the state’s total number of confirmed cases to 293 as the illness spread to new communities.

Additionally, eight more people who had previously tested positive for COVID-19 have now recovered, according to data from the Alaska Department of Health and Social Services. Since the state started recording cases last month, 106 Alaskans have recovered from the disease.

The newly reported cases include three people from Juneau, three from Anchorage, one from Sterling and another from Nome, a case that was announced by Norton Sound Health Corp. on Tuesday. The Nome case marks the first in the Bering Strait region.

Cases of COVID-19 announced by the state of Alaska are listed by a person’s permanent residence, which doesn’t necessarily mean that’s where they’re located when they get sick.

Kodiak also saw its first case of COVID-19, according to a statement Wednesday from the Kodiak Area Emergency Services Organization. The person who tested positive “is not acutely ill and is staying at home,” local officials said.

Two new Juneau cases announced Wednesday include two state Department of Corrections employees who work at Lemon Creek Correctional Center in the state’s capital, according to the City and Borough of Juneau.

A total of seven employees at the center have tested positive for COVID-19, including an additional staff member who tested positive on Wednesday, corrections department commissioner Nancy Dahlstrom said Wednesday.

No Alaska inmates have tested positive for COVID-19, Dahlstrom said.

Given that state corrections facilities sit at 89% of capacity, Dahlstrom said, she had more space than in the past months and could properly isolate inmates if needed.

When asked about potentially releasing inmates early from the state’s correctional facilities, Dahlstrom said it was “not on the table.”

“Should the courts decide to make some decisions, I will honor that,” Dahlstrom said.