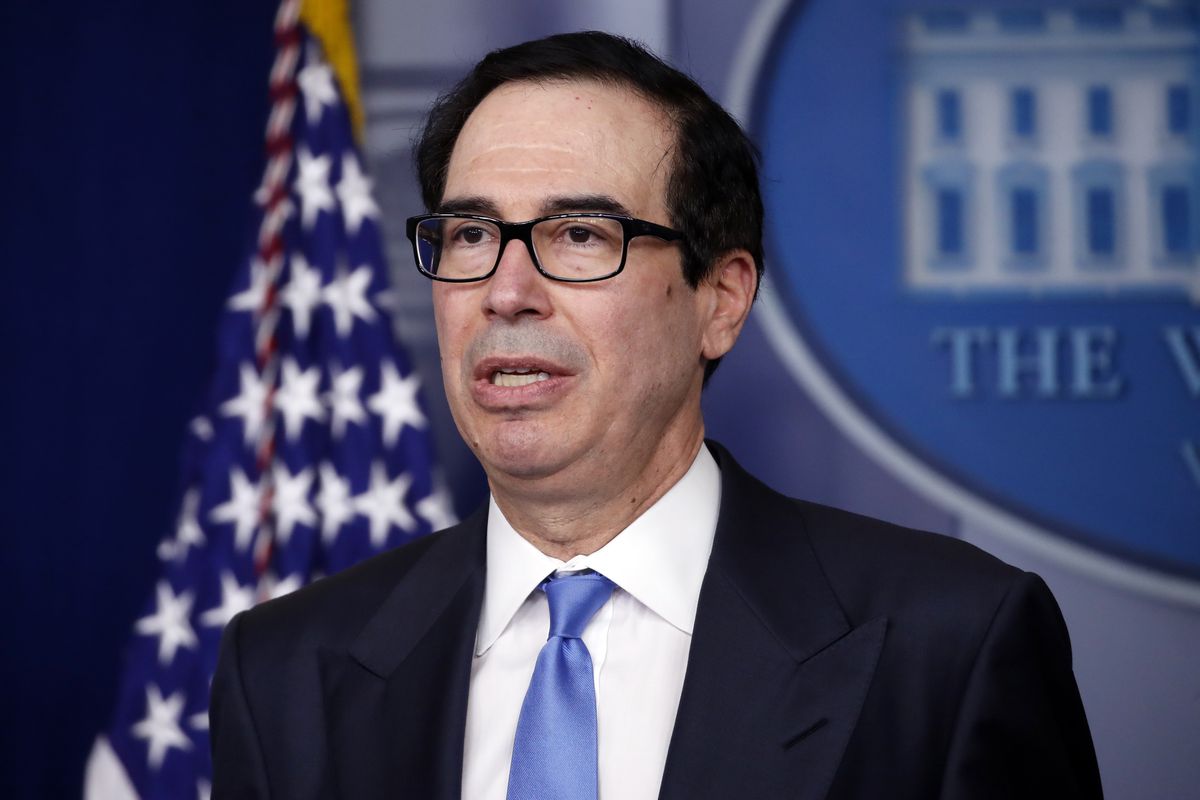 The Treasury Department will begin distributing most of the $8 billion in COVID-19 relief funds to the nation’s tribes amid a legal dispute over the eligibility of Alaska Native corporations for the aid, Trump administration officials said Tuesday.

Planned distributions for the Native corporations are on hold, they said, after a federal judge last week issued a temporary halt on those payments. Several tribes, including some in Alaska, have sued the Treasury, arguing that the corporations are ineligible for the tribal relief funds.

Mike Williams, chief of the Akiak Native Community in Southwest Alaska, a plaintiff in the lawsuit, said he’s pleased with the court’s early decisions in the case. Tribes need the money to provide basic life-and-safety services during the pandemic.

“We hope the tribes get 100% of the funding,” Williams said.

Groups representing Alaska Native corporations on Tuesday filed motions to intervene in the case on the side of the Treasury and said they are trying to protect the interests of Alaska Natives.

Treasury Secretary Steven Mnuchin and Interior Secretary David Bernhardt said in a statement on Tuesday that they have agreed to a plan for the aid Congress approved in March in the $2.2 trillion emergency response bill.

As a first step, $4.8 billion will be made available to the nation’s 574 federally recognized tribes, with 229 of those located in Alaska. Those payments will begin Tuesday. They will be based on population, with a floor of $100,000, the secretaries said.

“Our approach is based on the fair balancing of tribal needs," Mnuchin said.

The remaining $3.2 billion will be distributed at a future date, the secretaries said. Those payments will be based on the number of people employed by the tribe or tribally-owned entity, and expenses they face in the fight against the pandemic.

“Amounts calculated for Alaska Native Claims Settlement Act regional and village corporations will be held back until pending litigation relating to their eligibility is resolved,” the statement from the secretaries said.

The 1971 act led to the creation of 13 Native regional corporations and about 200 village corporations.

Tribes in Alaska and several Lower 48 states last month brought their lawsuit against the Treasury Department, arguing that the corporations do not meet the definition of “Indian tribe” in the emergency aid legislation.

[States with few coronavirus cases, including Alaska, get an outsized share of federal relief money]

The lawsuit has injected uncertainty into the release of the funds, the statement said. The legislation set an April 26 deadline for the distribution.

U.S. District Court Judge Amit Mehta in Washington, D.C., last week issued a two-page ruling temporarily halting Treasury from issuing the money to the Native corporations until a future court order or final decision is issued in the case.

On Tuesday, the ANCSA Regional Association and Alaska Native Village Corporation Association asked to join the case as defendants. Some Native corporations are also seeking to intervene, such as Ahtna, representing Alaska Natives from the Copper River region.

“Our organizations believe it is imperative to preserve and protect the Indian Self Determination and Education Assistance Act definition of ‘Indian tribe’, which includes Alaska Native corporations and has been acknowledged for decades,” the associations said in a news release. “This court decision could have unintended consequences that would negatively impact Alaska Native people.”

Mnuchin’s determination that the corporations are eligible for the relief funding “was consistent with law and congressional intent as set forth by statute, and therefore constituted a reasonable exercise of his discretion,” the associations argued in a court filing on Tuesday.

In a separate news release on Tuesday, the associations were joined by the Alaska Federation of Natives, the state’s largest Native organization, in expressing support for the Treasury’s distribution formula.

“We look forward to the final determination on what benefits will be available to Alaska Native people,” that statement said.

Williams in Akiak, a village of about 400 people, said the tribal government there is eligible for at least $300,000 in relief funds, he said.

Among other actions, the tribal government has responded to the pandemic by repairing pipes to several homes to ensure every family has water and sewer to support proper hygiene.

Williams said he hopes Alaska Native corporations can also secure federal support. But it should come through the Small Business Administration or other funding sources, since they are private, for-profit corporations, he said.