US fighters shadow Russian nuclear-capable bombers during mission near Alaska 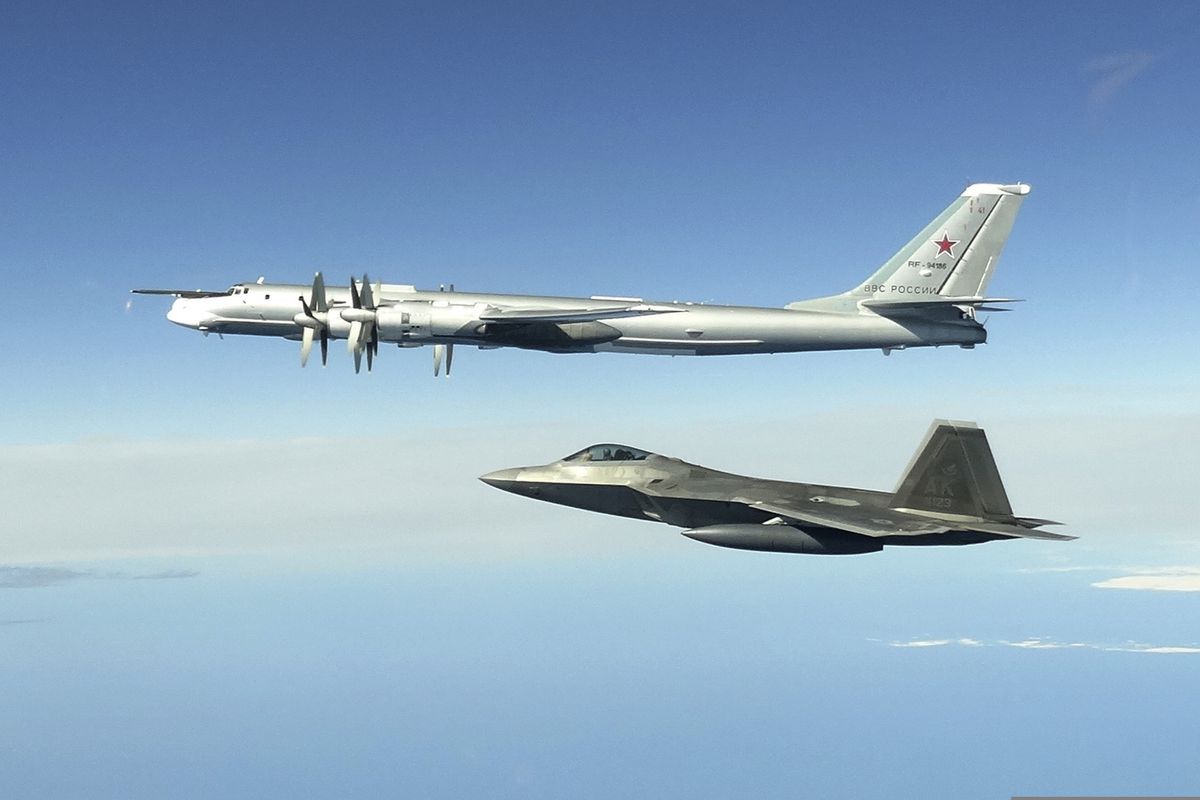 The Russian Defense Ministry said Wednesday that four Tu-95 bombers flew over the Sea of Okhotsk, the Bering Sea, the Chukchi Sea and the Northern Pacific during an 11-hour mission. The ministry said the bombers were shadowed by U.S. F-22 fighters during part of their patrol.

Lt. Gen. Sergei Kobylash, the commander of Russian long-range aviation, praised the bombers' crews for their "excellent" performance. He added that Su-35 and MiG-31 fighters jets escorted the bombers during "the most complicated stages of the route."

Russia and the United States have regularly sent strategic bombers on training flights near each other's borders as their ties have sunk to post-Cold War lows after Moscow's 2014 annexation of Ukraine's Crimean Peninsula and Russian support for a separatist insurgency in eastern Ukraine.

U.S. and its NATO allies have repeatedly said that Russian fighter jets have performed unsafe maneuvers while shadowing their planes — accusations that the Russian military has rejected.

Moscow has repeatedly voiced concern over the deployment of NATO forces near Russian borders, describing it as a threat to its security. Russia and the alliance also have blamed each other for conducting destabilizing military exercises near the borders.