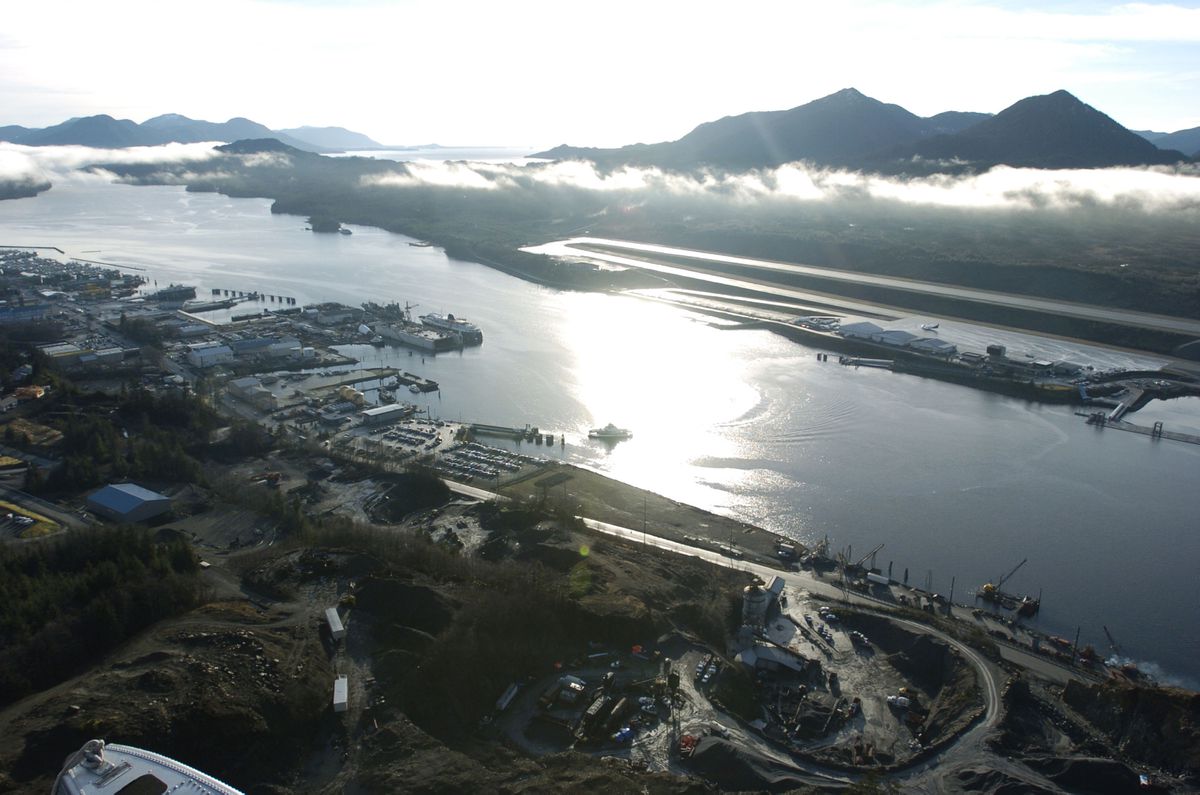 A traveler took a COVID-19 test Saturday at Ketchikan’s airport. Then, officials say, he or she ignored quarantine orders and attended social gatherings over the weekend.

Now that person’s name is circulating in the community, and authorities are urging a combination of coronavirus safety and kindness to the infected traveler as Ketchikan waits to find out whether their actions translate into a new outbreak.

Alaska on Thursday again hit a new high for the number of active COVID-19 cases amid rising counts since Gov. Mike Dunleavy reopened the economy last month. State health officials say hospitalizations and deaths are not rising as fast.

Twelve Alaskans have died with the virus. The total hospitalizations since March rose by one to 56 as of Thursday.

The infected Ketchikan traveler’s case is one of 247 active cases among Alaska residents, according to the Alaska Department of Health and Social Services COVID-19 dashboard.

Ketchikan officials who warned Wednesday about the potential for “wide community spread” said Thursday they’re getting deluged with messages from concerned residents posting hundreds of comments on social media.

“I know many of you are angry, hurt, disappointed, and even scared about the impact this may have in our community,” emergency manager Abner Hoage said in a video message to residents posted late Wednesday. “I am too, but we are prepared for this.”

Hoage says the community has enough personal protective equipment, a “strong and ready” health care system and public health officials proficient at identifying and quarantining those at risk, and calling anyone identified as a close contact of the traveler.

He also urges residents to “be kind” to the person at the center of the sudden firestorm of public outrage.

“While I don’t support the actions of this individual, now is not the time to express words of anger toward someone who made a few bad choices, but rather the time to support them and others in our community who are impacted,” Hoage says in the video. “We are a small community, we are a caring community, and we are a resilient community.”

The Ketchikan Police Department is looking into the possibility of criminal aspects to the situation.

The police investigation, assigned to a detective, hinges on whether the infected person exposed others after receiving a positive test result, according to Ketchikan police Deputy Chief Eric Mattson. Any findings will be forwarded to the district attorney for potential reckless endangerment charges as authorized by statute and the state COVID-19 mandate requiring post-travel quarantine.

State and local officials have said the positive test result came in Tuesday. The investigation won’t focus on the person’s actions before then, Mattson said. The traveler is cooperating with the investigation, which he expects to wrap up by early next week.

“Right now, we’re running rumors down to see if they’re factual,” he said. “In a small town, it creates a bit of a panic and then there’s the social media nexus. ... It creates more work, and more running down rumors.”

Ketchikan, a city of about 8,500 in a borough of 13,000-plus, sits along the Inside Passage, a logging town turned cruise-ship tourist mecca that retains some of the rough edges of its past and a strong Tlingit culture. It’s also a travel hub for southern Southeast Alaska communities like Prince of Wales Island.

Officials were providing few if any details about the traveler who broke quarantine, out of privacy concerns. They also did not release specifics on just what social gatherings or public places the person attended.

But the consequences are already widespread. The city manager closed the only customer service location for the telecommunications utility. Numerous people in city departments are working from home.

One of them is Ketchikan Gateway Borough clerk Kacie Paxton.

Paxton’s high-school-age daughter plays senior softball. The Ketchikan Little League this week suspended several practices and games through June 28 — the 14-day quarantine period — after seniors softball and seniors baseball players as well as a minors baseball coaching staff member “were in contact” with the traveler who tested positive for COVID-19, the league posted on social media. None have tested positive.

Paxton says though there’s a “fairly low probability” for exposure, her daughter played a softball game with a person identified as a contact.

“Because of that, I am taking extra precautions,” she said.

Ketchikan was one of the first Alaska cities to see COVID-19 cases at the start of the pandemic in March. The count rose to 16 confirmed cases, then new cases stopped as of April 20.

Local officials in early June reported more than 100 people arriving by air daily. Confirmations of new cases started again June 9, according to Paxton. From then until Tuesday, the community added eight more, all travel-related, she said. One was a seafood industry worker.

Now authorities are urging residents who attended large gatherings over the weekend where they might have been at risk to quarantine for 14 days. Generally, they say, people should make sure they practice social distancing, wash their hands, wear face coverings and avoid large gatherings.

There was one other confirmed case on Tuesday there besides the traveler: a seafood industry worker from outside Alaska who is following the quarantine plans their employer submitted to the state, Ketchikan officials say.

On Thursday, the state health department reported 12 new COVID-19 cases around the state, including one new case involving a Ketchikan resident.

That person was traveling out of town for work and was exposed to a co-worker who tested positive during travel, according to a statement from the Ketchikan emergency operations center. The Ketchikan resident tested positive through a health care provider in Homer, where they remain in isolation.

Alaska has 797 total confirmed virus cases since March: 708 among residents and 89 involving nonresidents.

A total of 81,185 tests have been conducted, with the average percentage of daily positive tests for the prior three days at 0.66%, officials say.

Case details from Southeast to the North Slope

In Petersburg, a Trident Seafood employee tested positive for COVID-19 after arriving and quarantining there 10 days earlier, the emergency operations center there announced.

Trident employees get tested before traveling to Petersburg and quarantine in bunkhouses upon arrival. They are tested on the 10th day of the two-week-long period, the emergency operations center said. The worker who tested positive is isolated, as is a roommate who tested negative on the 10th day.

A person who traveled to the North Slope community of Utqiaġvik tested positive for COVID-19, Arctic Slope Native Association announced Thursday. The traveler initially tested negative for the illness through a rapid test at the airport there. In addition to the rapid test, another sample was collected for confirmatory testing, the Arctic Slope Native Association said.

“This morning, the Alaska Native Medical Center (ANMC) informed us that the results of the additional PCR test detected the presence of COVID-19,” Arctic Slope Native Association said in the statement.

The traveler arrived in Utqiaġvik on Monday for business and departed home to Anchorage on Tuesday. Health officials are performing contact tracing and reaching out to Alaska Airlines.

An employee at the Tanana Valley Clinic in Fairbanks tested positive for COVID-19 on Thursday, as did another staff member at Foundation Health Partners, which operates the clinic as well as the Fairbanks Memorial Hospital.

The Tanana Valley Clinic employee was in contact with 44 patients while contagious, Foundation Health Partners said in a statement Thursday.

Of those patients, 30 aren’t considered to be at any increased risk because of their interaction with the employee, but Foundation Health Partners said they “felt it was important to take an abundance of caution and notify them.”

Because of personal protective gear worn by employees and masks worn by patients, the other fourteen patients are considered “low risk,” Foundation Health Partners said. They’re being asked to quarantine for two weeks.

Both employees weren’t showing symptoms when working, before later reporting symptoms. They likely contracted the illness “through a non-work related exposure,” according to Foundation Health Partners.

“All employees in the two impacted departments at Tanana Valley Clinic have been contacted and are being tested,” Foundation Health Partners said.

[Clarification: This story has been updated to reflect that there are 247 active virus cases among Alaska residents.]