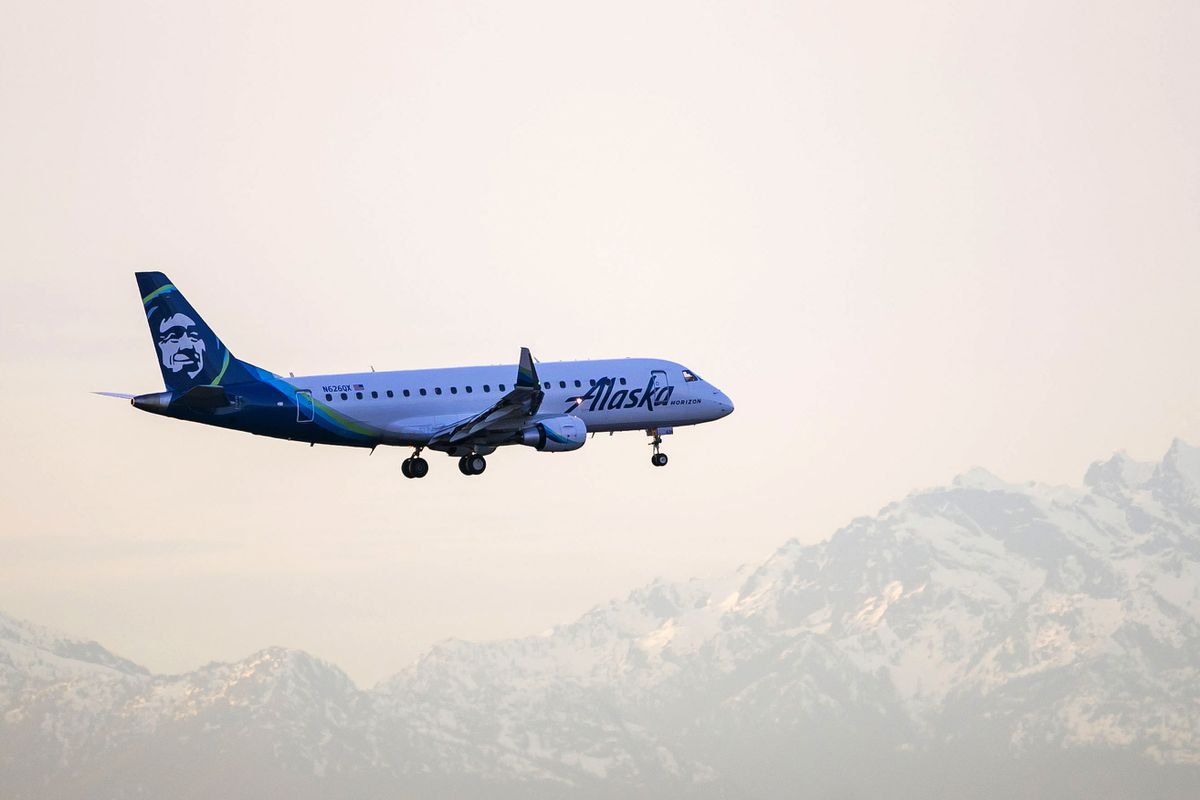 With Americans staying on the ground during the coronavirus pandemic, Alaska Airlines said Monday it will fly smaller jets on some of its Anchorage-Seattle, Anchorage-Fairbanks and Anchorage-Dillingham-King Salmon routes. The smaller aircraft, already operating in the Lower 48, will begin Alaska service in October.

The switch would allow the airline to schedule additional flights between Anchorage and Fairbanks, the company said. Instead of a handful of larger-capacity flights, it might run as many as seven smaller jets per day, regional vice president Marilyn Romano said in a written statement.

The smaller planes that Alaska intends to use are Brazilian Embraer 175s and can carry up to 76 passengers. Alaska’s flagship Boeing 737s can carry more than 160 people. Alaska Airlines already operates 62 Embraer 175 aircraft on Lower 48 routes according to figures provided by the airline.

Tim Thompson, director of external affairs for the airline, said the change is about “having the right-sized aircraft on the right market.”

Thompson said the 175s will not replace the 737s entirely; Alaska Airlines intends to swap the aircraft around, depending on demand. He said the Embraer has the same bad-weather capacity as the airline’s 737s and most of the Anchorage-Seattle flights will remain 737s.

In coach, the Embraer’s narrower cabin means there are two seats on either side of the aisle: There’s no middle row, unlike on the 737. In first class, the Embraer has one seat on the left side of the aircraft and two on the right side.

The overhead bins are smaller, and it can carry less onboard cargo than the 737. But for the airline, the smaller aircraft’s advantage is efficiency.

In 2016, when Alaska Airlines announced that it would purchase 30 new E-175s, the company said the jets would allow it “to fly ‘long, thin routes’ – destinations that are too distant for a turboprop, but currently don’t have enough customer demand to fill a mainline jet.”

In March, Alaska Airlines said demand for air travel had fallen significantly amid the coronavirus pandemic, with CEO Brad Tilden saying the downturn is worse than the one that followed the Sept. 11, 2001 terrorist attacks in the United States.

The company subsequently cut flights, but it still reported first-quarter net losses of $232 million, and Tilden said in May that the situation was “one of the greatest challenges in the history of commercial aviation.

Since then, the airline has grounded 80% of its jet fleet and said in May that it intended further cuts.