Skiff crashes into humpback whale near Juneau, leaving some on board with serious injuries 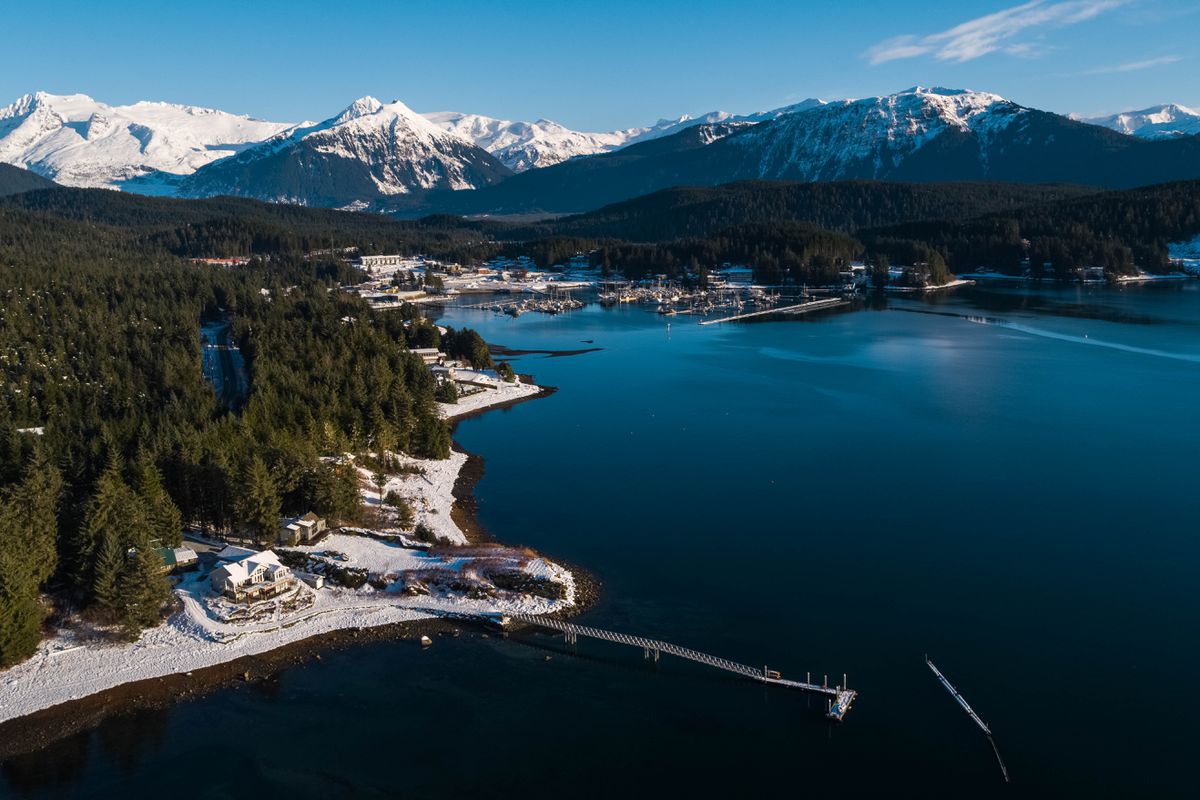 A family boating near Juneau on Saturday collided with a humpback whale, injuring some of those on board, according to a report from NOAA Fisheries.

The boat was on the west side of Coghlan Island just outside of Auke Bay when it crashed into the whale, according to the agency. Four people were onboard at the time, said Travis Mead, assistant chief of Capital City Fire/Rescue, which responded to the crash.

The whale unexpectedly surfaced in front of the boat, Mead said.

“The whale surfaced in front of the operator and he tried to avoid it,” Mead said.

The boat’s operator was able to steer the boat back to Auke Bay on its own power and someone onboard called the emergency line for help, alerting the fire department, Mead said. The injured were then taken by ambulance to the hospital, he said.

Three people in the crash were admitted to Bartlett Regional Hospital in Juneau mid-morning Saturday, according to Katie Bausler, communications director for the hospital. Two were discharged later that day but the other was flown to Harborview Medical Center in Seattle for treatment, she said.

One of the discharged people is a local resident and the others are from out of state, Bausler said.

Since the crash, NOAA Fisheries has not received any reports of dead or injured whales in the area, the agency said.

Juneau Harbormaster Matthew Creswell was not at the scene of the crash but knows the people and boat involved, and said that the boat was a 21-foot Runabout skiff.

Creswell said he checked on the family later that day and said they stood looking at the boat, talking about the whale crash and recent reports of a bear prowling along a street nearby. The crash was traumatic for everyone involved, he said, but “everybody is OK and it was a total accident.”

Saturday’s crash is the third like it in the area that Creswell knows of in his seven years as harbor master.

“I’ve seen the end result when the boats come back,” he said.

Humpback whales are common in Southeast Alaska waters in the summer, when they migrate from the waters around Hawaii and Baja California to feed. The migration is regular enough — and the whales long-lived enough — that there’s a catalog of frequent visitors.

In 2017, a cruise ship arrived in Ketchikan with a dead humpback whale draped over its bow. Other, similar incidents have occurred in the past.

The strikes sometimes cause no obvious injuries to the whales or cause an injury that the whale recovers from with some scarring, but vessel strikes can also cause fatal injuries, Keogh said in an email.

Suzie Teerlink is a biologist in Alaska who studies humpback whales and coordinates a program intended to avoid collisions.

She said it’s incorrect to think that only cruise ships can strike whales.

”Whales are susceptible to ship strike from any size or shape of vessel,” she said.

In the coming weeks, she and others will keep an eye out for any injured animals, she said.

Emily Goodykoontz reported from Anchorage and James Brooks from Juneau.