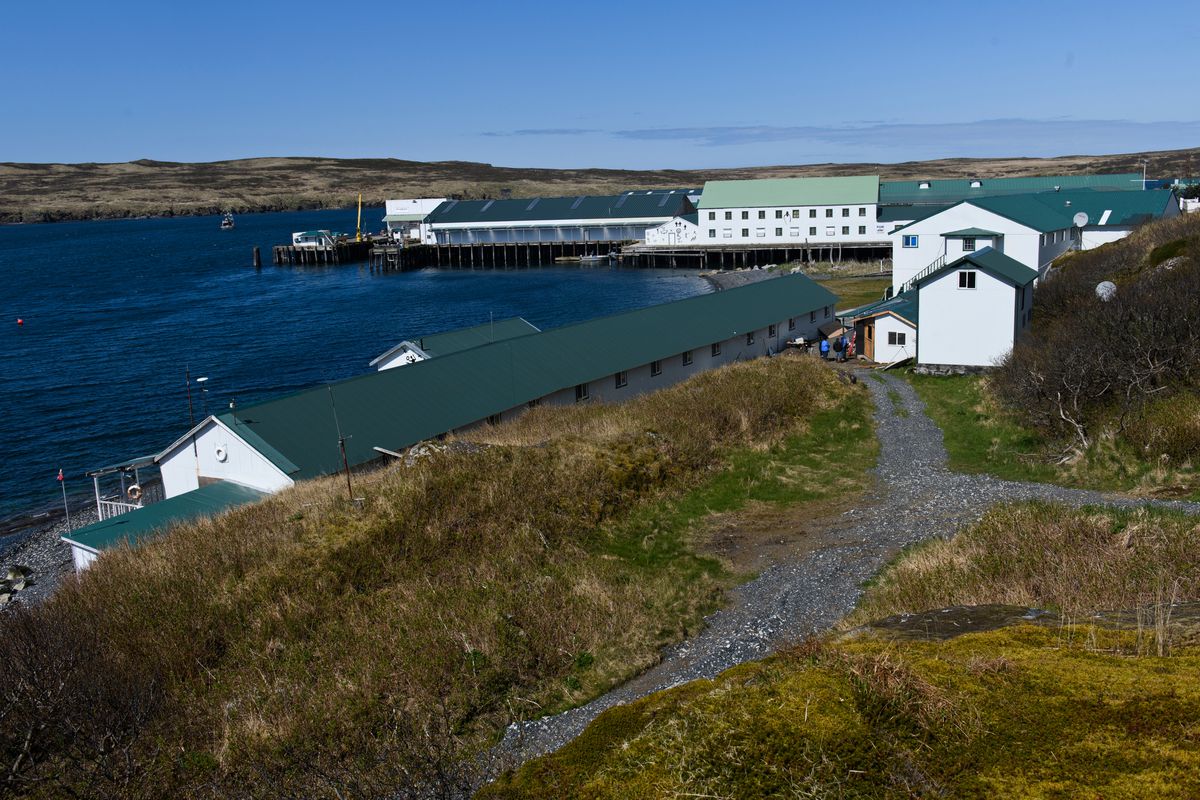 Yet another Alaska seafood processing plant has reported an outbreak of COVID-19, this time in a remote part of Kodiak Island.

OBI Seafoods announced 37 cases at its plant in Alitak, in the southern part of the island. The workers who tested positive are being moved to Anchorage for isolation, the company said in a statement Thursday.

“Because of the remote location of the plant and out of an abundance of caution, positive cases are being transported to Anchorage via safe transport where they will remain in isolation and in the care of our medical team,” the statement said.

An employee who was showing symptoms initially tested positive July 28, according to the company.

Some of the employees are symptomatic, according to information officers at the Kodiak Island Borough’s emergency operations center.

The Alitak plant is closed to visitors and employees aren’t allowed to leave, said Meagan Christiansen, public information officer with the operations center.

The plant is “completely isolated and operates as a closed campus,” OBI said, so employees and community members do not interact.

The Alitak outbreak follows several large outbreaks in the Alaska seafood industry. An OBI processing plant in Seward saw 139 of 252 employees test positive, while an American Seafoods factory trawler had 85 of 119 workers onboard test positive, including one who was hospitalized.

Workers from the OBI plant in Seward and the American Seafoods vessel were taken to Anchorage for isolation and quarantine.

There was also an outbreak among 76 of 135 workers at an Anchorage-based processor as well as one in Juneau, where 62 of 150 workers tested positive.

According to the company’s testing plan, employees need to have negative COVID-19 test results before coming to Alaska and must quarantine for two weeks upon arrival. Employees go through a temperature check and symptom screening before going into work each day.

There are 42 active cases of COVID-19 in the Kodiak Island Borough, with 58 total cases confirmed there, according to a release from the Kodiak Area Emergency Services Organization.

Forty-six new cases of COVID-19 were reported Thursday in Alaska as total active cases neared 3,000, including six in nonresidents. Four new hospitalizations were reported, for a total of 34 confirmed COVID-19 patients currently being treated in hospitals across the state. There were no new deaths reported by the state’s coronavirus dashboard.

Nearly half of the new cases reported Thursday were in Anchorage, which has continued to see high rates of community transmission. The municipality reported 25 total new cases: 24 in Anchorage and one in Eagle River.

Six Fairbanks residents also tested positive for the virus, along with two from Soldotna, one each from Wasilla and North Pole, and two in Juneau. Two residents from smaller communities in the Northwest Arctic Borough tested positive, along with one in the Valdez-Cordova census area. The state does not name communities with fewer than 1,000 people due to privacy concerns.

The new cases at the Kodiak Island plant did not appear to show up in statewide COVID-19 data on Thursday.

Of the six cases in nonresidents reported Thursday, four were in Juneau and two were in Seward.

Alaska reported a test positive rate over the last seven days of 3.05%, a number that has remained relatively low but has slowly been ticking upward in recent weeks.

The average turnaround time for COVID-19 tests processed at state labs in the last two weeks is currently at 3.1 days, according to the dashboard.