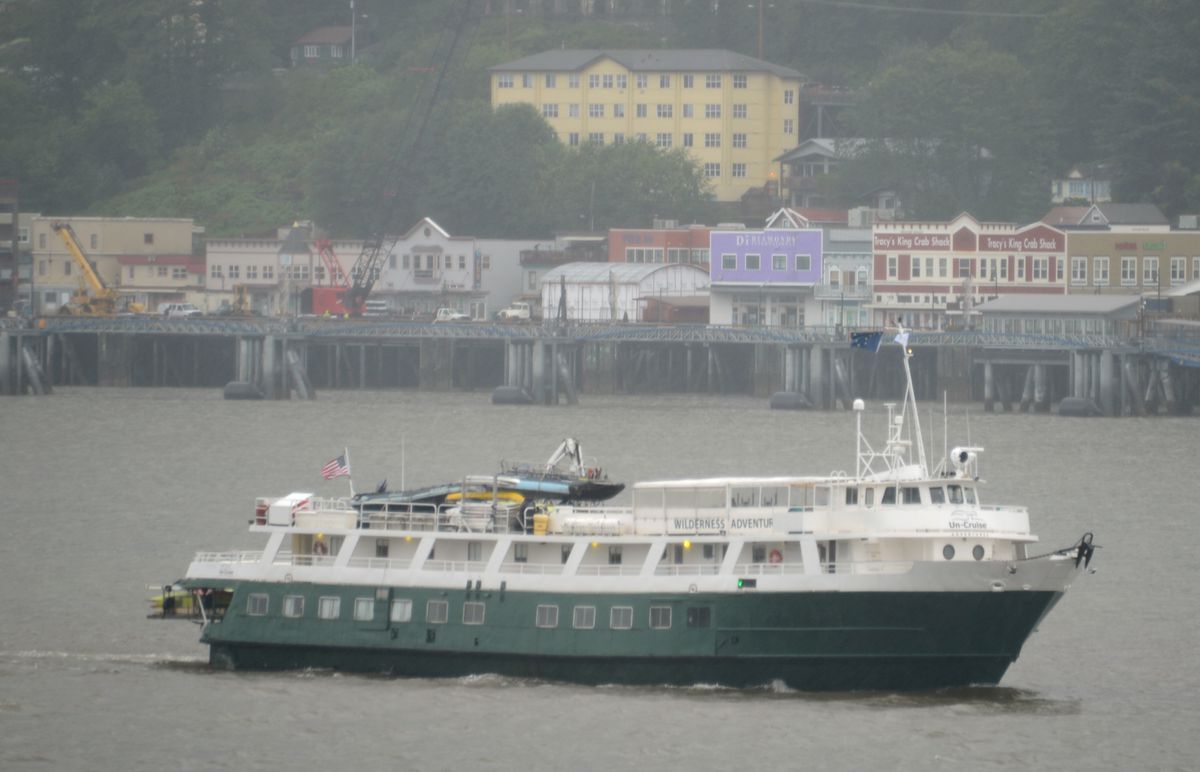 A week after Alaska’s first cruise ship of 2020 returned to port with a passenger who tested positive for COVID-19 aboard, follow-up testing has found no infected passengers or crew, and the person who originally tested positive has since tested negative.

UnCruise Adventures, owner of the cruise ship Wilderness Adventurer, is declining to say last week’s positive test was a false positive. The City and Borough of Juneau’s testing program found the positive case, but borough officials say that it is unlikely that its test provided a false reading.

“All we can do is rely on the science of the tests, and they’re not perfect, but they’re pretty good,” said Robert Barr, planning chief of Juneau’s emergency operations center.

More than 1.3 million tourists were scheduled to visit Alaska by cruise ship this year. All but the Wilderness Explorer had canceled their trips because of coronavirus concerns and public health restrictions.

UnCruise has scheduled a press conference on Thursday to answer questions about the case.

According to a description of events provided by email Wednesday, the company said a passenger tested negative before arriving in Alaska on Aug. 1. Arriving in Juneau, the passenger took another test at the airport, where the city is contracted by the state to operate a testing program. The cruise ship sailed that evening, and while at sea, one passenger received a notification three days later by phone that the airport-administered test came back positive.

Thirty crew members and 36 passengers were aboard the cruise ship, which was sailing at 60% capacity.

The ship returned to Juneau, its only port stop, all passengers and crew were quarantined and follow-up testing was conducted.

The passengers have since left the state, and the ship has sailed for a Seattle shipyard. UnCruise has canceled its remaining 2020 trips.