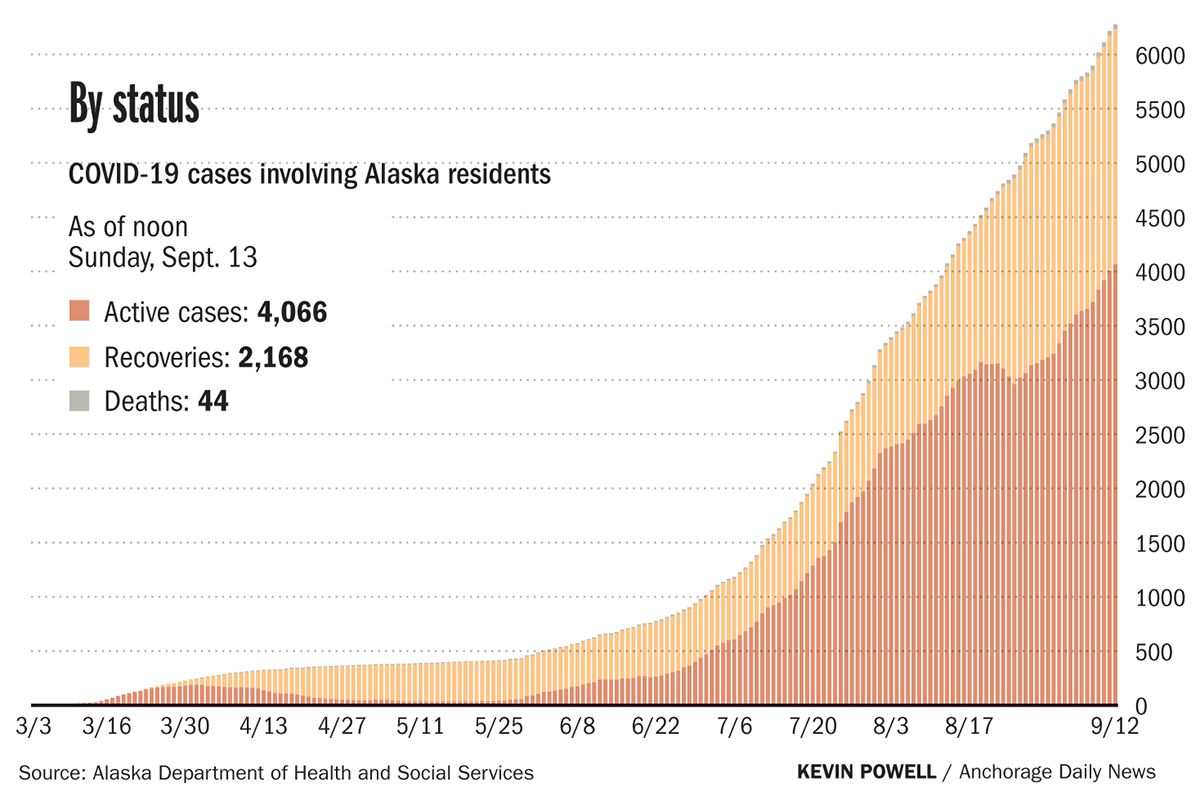 The state on Sunday reported 62 new cases of COVID-19, all of them in Alaskans, according to the Department of Health and Social Services COVID-19 dashboard.

There were no new deaths reported. Forty-four Alaskans have died with COVID-19 since the pandemic began here in March. The state’s per capita death rate is among the lowest in the country.

The current statewide alert level, based on the average daily case rate for the past 14 days, is high, according to health officials.

Statewide as of Sunday, 33 people were hospitalized with COVID-19 and two more hospitalized patients were awaiting test results, according to state data. Of Alaska’s 153 intensive care unit beds, 73 were in use statewide.

Active cases of COVID-19 among Alaska residents rose from 4,004 on Saturday to 4,066 on Sunday. Another 706 active cases were reported among nonresidents.

Of the 62 new cases of COVID-19 involving residents, 29 were in Anchorage, including two in Eagle River; seven were in Fairbanks and seven were in North Pole; two were in Palmer, four were in Wasilla, and one was in Willow; one was in Utqiagvik; one was in Kotzebue; one was in Douglas and five were in Juneau.

Among communities smaller than 1,000 not identified to protect confidentiality, there was one in the Fairbanks North Star Borough; one in the Yukon-Koyukuk Census Area; one in the Prince of Wales-Hyder Census Area; and one in the Bristol Bay plus Lake and Peninsula boroughs.

The state’s testing positivity rate as of Sunday was 1.96% over a seven-day rolling average.