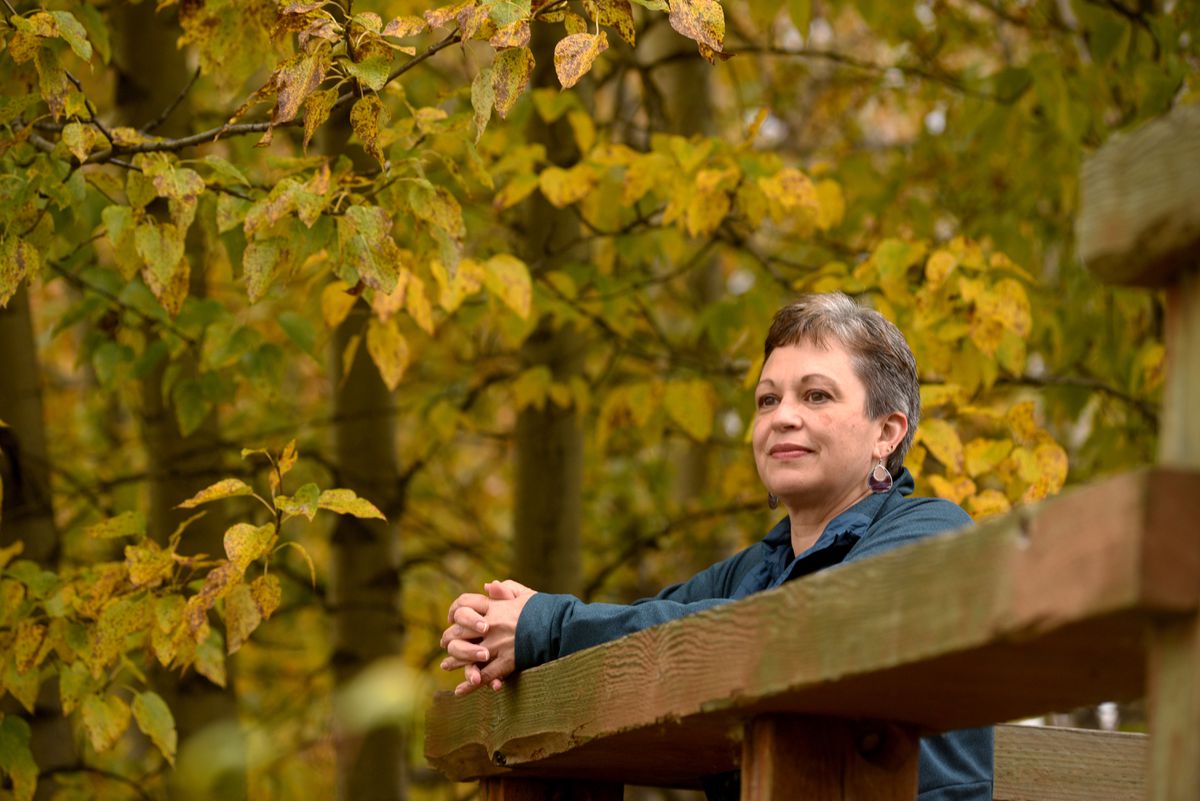 Kathryn Elam of Fairbanks has recovered from COVID-19, and has talked about the stigma surrounding it. (Photo by Eric Engman)

Kathryn Elam of Fairbanks has recovered from COVID-19, and has talked about the stigma surrounding it. (Photo by Eric Engman)

After Kathryn Elam recovered from a relatively mild bout of COVID-19, she was surprised by some of the reactions she received.

“Most (people) were glad to see me back, but then a couple of them, I’d come towards them and I’d see them physically take a step back,” said Elam. “And I’m like, ‘Whoa. You just stepped back away from me. Even though I’m not contagious anymore.’”

Elam, 54, is a registered nurse in Fairbanks, a mother of three and the cousin of the first Alaska resident to die in the state of COVID-19.

She and others who spoke with the Daily News in recent months described experiencing social stigma associated with coronavirus infections, which they say has made it challenging for them to feel comfortable publicly sharing their stories.

Others said they were protective of their privacy, worried about what the reception would be at work and thought some might be prejudiced against people who had COVID-19, even though they were no longer contagious.

But with the coronavirus, he said, the added concern is that people are worried they might be judged for not being cautious enough, or for not following health mandates closely.

In many cases, Chandler said, these assumptions would likely be incorrect.

“It’s very easy to get this infection,” he said. “Even in people who are religiously following the rules and health mandates."

Chandler said some of the stigma people experience also exists because it’s a new virus, about which we still know relatively little. But so far, the science is clear on one thing: There is no reason to avoid someone who has been cleared by the health department to end their isolation after having COVID-19.

“We’re not aware of anyone (with COVID-19) who is contagious for more than 10 days,” Chandler said.

Suzi Towsley, a domestic violence advocate from Seward, tested positive in June for the virus after experiencing a scratchy feeling in the back of her throat that she normally would have dismissed as allergies.

While Towsley is comfortable telling her story publicly — she shared it with friends on Facebook — she experienced some negative reactions when people found out about her diagnosis.

“I’ve run into people since who were kind of nasty about it and avoided me,” she said. “I think it’s probably borne out of fear."

Soon after she had recovered, Towsley said she ran into someone she knew in the grocery store who asked her if she had tested negative yet.

“And I hadn’t re-tested at that point, but the state had sent me a letter saying I was good to go, and I could go back to work. And I didn’t feel the need to carry this letter around in my purse,” she said.

Her acquaintance asked her if she was sure she wasn’t contagious anymore, and Towsley responded, “I wouldn’t be in the grocery store if I was."

“I think people are afraid and just don’t understand,” she said.

Since the beginning of the pandemic, Elam, the Fairbanks nurse, said she took the virus extremely seriously. It became very real to her when her cousin died, she said.

Early on, when testing supplies were limited, and because she is a health care worker, she was encouraged to isolate as much as possible in lieu of regular testing.

She asked her 25-year-old son who lives with her to isolate too. It wasn’t until the weekend of summer solstice, months into leaving home only to go to work, that her son came to her and said the isolation was getting to him.

"He said, ‘I need to go out, I need to see my friends, I’ve never been this isolated before in my life,’” Elam said. The plan was to meet up at a bar, and then go from there. She said she understood.

[Alaska coronavirus Q&A: masks, math, and the latest on a vaccine]

“As he was leaving, my mother instinct came out, and I just thought, ‘He’s going to get COVID this weekend,’” Elam said.

She was right. By August, Elam, her husband and two of her sons had all tested positive for the virus.

On July 17, after about two weeks of being sick, Elam was cleared to go back to work.

In the months since she has recovered, Elam said, she still encounters people who react badly when she tells them she had COVID-19.

“My son gave the best explanation,” she said. “It’s like, if he was out for a couple days with the flu, people say, ‘Oh my gosh, I hope you feel better.’ No rejecting, no reacting, nothing like that. If I tell someone that I had COVID, they look at me like I’m a dirty person now."

“I think all a person who’s survived it wants to hear is, ‘Are you OK?' and 'You survived? I’m so glad to hear that.’”