From her Alaska living room, a Red Cross volunteer is helping people displaced by Western wildfires 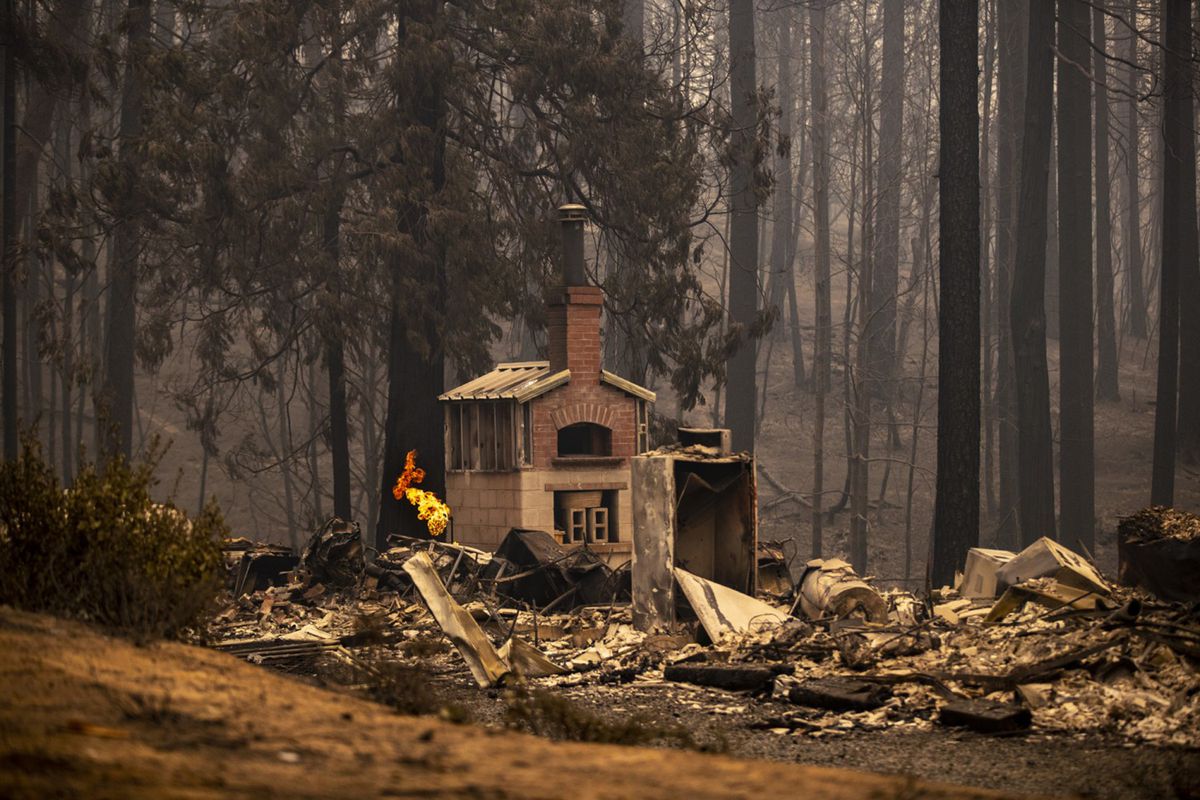 From her home in the Interior Alaska town of Salcha the past few weeks, Red Cross volunteer Anne Johnson has been providing aid to people displaced by Northern California wildfires.

She’s been a Red Cross volunteer for about 18 years and has been deployed to disasters across the country, including the 2017 California wildfires, which claimed her sister’s home.

Because of the COVID-19 pandemic, Johnson’s most recent deployment is taking place virtually from her living room. But she said it has turned out to be her best deployment yet.

Johnson is one of 30 Alaskans who have deployed virtually or in-person to respond to wildfires burning across California, Oregon and Washington.

At first, Johnson wondered how she could help from Alaska.

“I didn’t think there was anything we could offer much,” she said. “You couldn’t look at the people and smile at them, hold them and cry with them. Right there with them, you get a feel for the person.”

But as soon as she started making the calls, she knew she was needed, even from thousands of miles away. When people picked up Johnson’s calls, she heard stories of loss, desperation and heartbreak.

“I cried so much I almost needed a waterproof phone,” she joked.

National call lines for the Red Cross have been overwhelmed as tens of thousands of people were forced to evacuate their homes because of the wildfires, Johnson said.

Johnson said many of the people she talked to have been in hotel rooms or living in their cars or trucks. Many were uncertain if or when they would be able to return.

In many cases, Johnson said, she was the first person to offer help to the displaced people. She said many had quarantined in hotel rooms because of the pandemic and were relieved to have someone to talk to about their traumatic evacuations.

Johnson was able to help connect them with financial and housing assistance, and tried to help them with other immediate needs. She said she knows how it feels to be homeless and confused after a disaster: The Red Cross helped her in the 1980s when her Northern California town was evacuated and her home was flooded.

She remembers one man in particular who was diagnosed with cancer and had subscribed to a weight-loss meal subscription service. He’d been forced to evacuate during the wildfires and was devastated to see that his specialty foods spoiled during a power outage when his refrigerator turned off. His sister, who was acting as his caregiver while he underwent cancer treatments, called the Red Cross for help.

Johnson said she was touched by the family’s story and wanted to help, so she contacted the meal-subscription company and they replaced all of the food.

“When I told the sister, the two of them, she and her brother both cried,” she said. “She said she’d lost complete hope and faith, and this really kind of restored her.”

In Oregon, where Dighton is currently working, roughly 500,000 people were facing evacuations from their homes at one point.

“Oregon has usually some localized disasters. Sometimes there are smaller-scale wildfires, earthquake potential, but many people here have never experienced this type of evacuation and especially not in such a short time frame,” she said. “There are so many emotions that people go through. A lot of people are scared. A lot of people are really uncertain and, of course, COVID-19 puts an extra layer on top of that.”

Dighton said many evacuees are being placed in hotel rooms to allow for social distancing, but many hotels are already filled. She said volunteers are doing their best to maintain distance between families. The Red Cross has partnered with numerous other organizations to find additional shelter and provide housing.

Johnson said the work is hard but it is the most rewarding thing she’s ever done.

“The Red Cross has been better for me than it has for the people I know I’m helping,” she said. “It’s really feels like I’m giving back.”