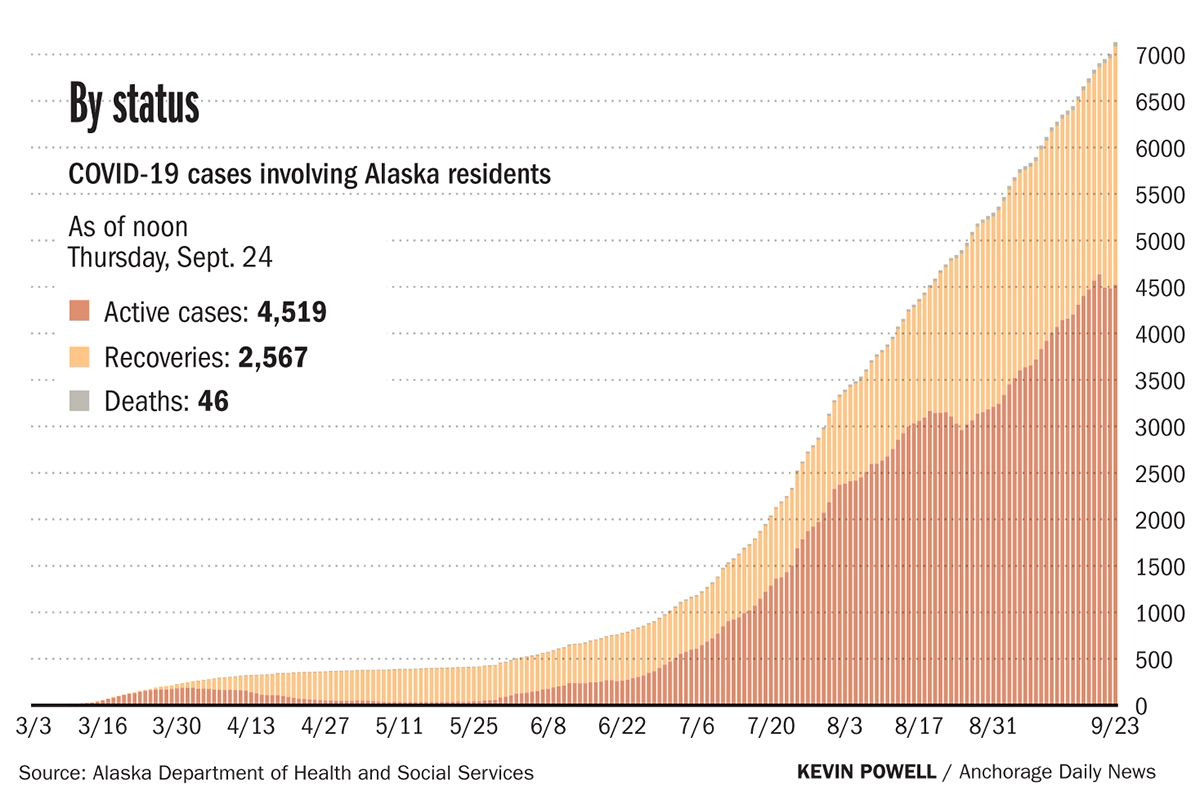 The state on Thursday reported one new death and 142 new cases of COVID-19, according to the Department of Health and Social Services COVID-19 dashboard.

The state health department said Thursday that the newly reported death involved a Fairbanks man in his 50s. In total, forty-six Alaskans have died with COVID-19 since the pandemic began here in March. Alaska’s death rate is among the lowest in the country.

Statewide as of Thursday, 39 people were hospitalized with COVID-19 while four other hospital patients were awaiting test results, according to state data. Of Alaska’s 153 intensive care unit beds, 85 were in use statewide.

Infections continued to surge in the North Slope Borough community of Utqiagvik, where the state reported 15 new resident cases and one nonresident case for a total of 45 active cases. An emergency “hunker down” order is in place in Utqiagvik through Oct. 5, and other Arctic communities facing a rise in virus cases have also sought to enact more stringent pandemic restrictions.

Active cases of COVID-19 among Alaska residents rose from 4,482 on Wednesday to 4,519 on Thursday. According to state data, there are 694 active cases among nonresidents.

Of the 130 new cases of COVID-19 involving residents, there were 67 new cases in Anchorage; 15 in Utqiagvik; eight in Fairbanks; eight in Juneau; three in North Pole; three in Wasilla; two in Eagle River; one in Chugiak; one in Kenai; one in Seward; one in Palmer; one in Douglas; one in Sitka; and one in Bethel.

Of the 12 nonresident cases, eight were in Anchorage; two were in Fairbanks; one was in Utqiagvik; and one was in an unknown region of the state.

The state’s testing positivity rate as of Thursday was 2.09% over a seven-day rolling average.