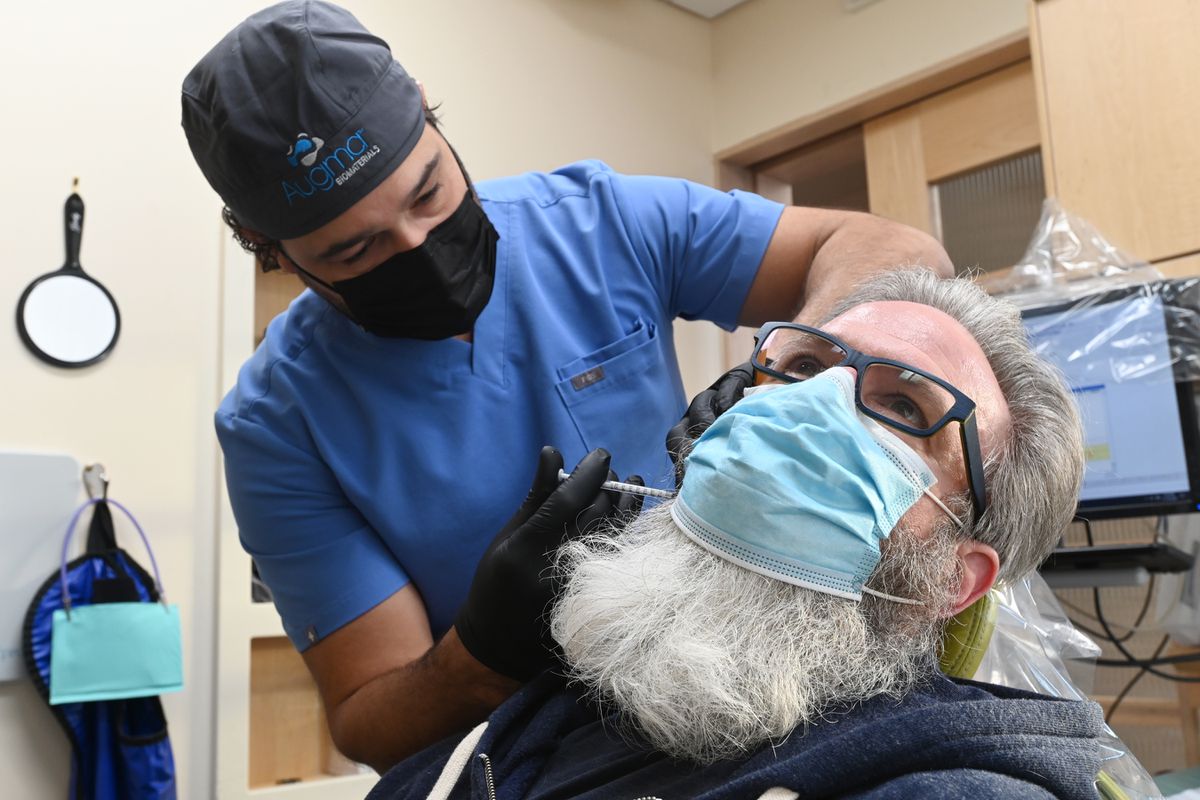 Alaskans are stressed, and their dentists can tell.

“There’s no question there has been increased incidence of people grinding their teeth,” said Dr. Dave Logan, executive director of the Alaska Dental Society.

“I think that’s to be expected with the stress of the pandemic," he said.

“Certainly I have seen more (incidence of grinding) than usual," said Dr. Guy Burk, a dentist at Midtown Dental in Anchorage.

“I don’t know if I could quantify it, but it’s an issue in general and a big part of my practice,” he said.

Bruxism is when a person grinds, gnashes or clenches their teeth, and it is often related to stress or anxiety. It can cause jaw muscle pain and can wear down a person’s teeth over time.

Burk said that many of his patients who have recently shown signs of grinding and clenching have told him they’ve been feeling stressed lately — both about the pandemic and about the November election.

He’s not alone in noticing the trend.

In a September report, the American Dental Association shared that more than half of dentists surveyed saw an increase of patients with dental conditions often associated with stress since the onset of the pandemic. Those include teeth grinding and clenching and chipped and cracked teeth.

The trend is an indication of a larger problem: rising stress levels nationwide. A recent online study by the American Psychological Association found that in 2020, the average reported stress for U.S. adults had increased the most significantly since the survey began more than a decade ago.

For people who grind or clench their teeth, it’s important to address the root of the problem, which is the stress and anxiety itself, Burk said.

But that’s not always as easy.

“Managing stress is always good,” he said. “But I’m a clencher myself ... and I know it doesn’t help to say ‘just get rid of the stress,’ because if it were that easy, none of us would be stressed.”

Beyond stress management, treatments for bruxism can include a mouth guard or even Botox therapy to calm the muscles associated with the grinding and clenching, Burk said.

“What I’ve noticed in my practice is the larger those muscles get, the stronger the clench gets,” he explained. “So if we weaken the muscles temporarily, the clench lessens, too."

Logan says that most people who grind their teeth and clench their jaws are not always aware that they’re doing it. The grinding in particular often happens while a person is asleep, he said.

“If you do it during the day, people look at you kind of funny,” Logan said.

Rather, most people find out they’re doing it when their partners notice sounds they’re making in their sleep. Other clues can include jaw soreness, a recurring headache or teeth that are newly sensitive to the cold.

Dentists can also recognize grinding by certain wear patterns on the teeth.

“You can see wear spots where the teeth are passing over the top of each other,” Logan said. “Sometimes, you’ll start to see cracks in the teeth.”

Both Logan and Burke said they encourage Alaskans to go see their dentists if they’re experiencing anything out of the ordinary, particularly pain that they haven’t noticed before. Over time, grinding and clenching can damage teeth.

Keeping up with dental health — including showing up for routine cleanings and screenings — can also help, they said.

Most dental offices are at about 80% of their pre-pandemic capacity, in order to maintain distance and ensure time to clean between patients, he said.