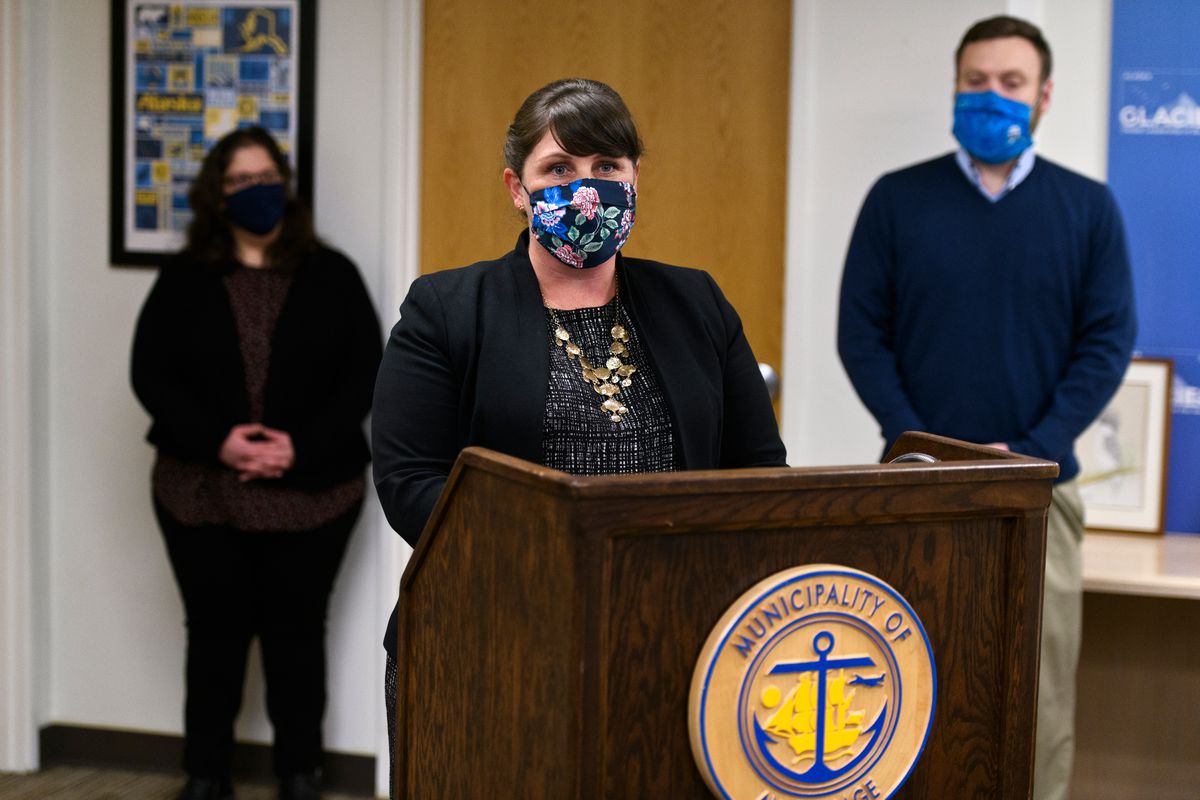 Acting Mayor of Anchorage Austin Quinn-Davidson tested positive for COVID-19 on Saturday, according to a statement from the municipality.

Quinn-Davidson began feeling cold-like symptoms last Sunday, Nov. 29, and began isolating at home, the municipality said. She got a COVID-19 test the next day.

Quinn-Davidson received two negative test results before the third came back positive on Saturday, according to the statement. She is experiencing mild symptoms.

Quinn-Davidson urged citizens to stay home and get tested if they are experiencing COVID-19 symptoms. She will continue isolating at home.

“I’m grateful my symptoms are mild and thankful for the many free testing sites in Anchorage,” she wrote in the statement.

The acting mayor’s wife, Dr. Stephanie Quinn-Davidson, has tested negative for COVID-19 and the municipality said she is not experiencing symptoms.

It was not immediately clear where Quinn-Davidson contracted the virus, and Slomski-Pritz said “she has been extremely careful.”

Quinn-Davidson stepped in as Anchorage’s acting mayor in late October after Ethan Berkowitz resigned from the role following a scandal involving a television news reporter.

Quinn-Davidson enacted a monthlong “hunker-down” order for Anchorage that began last week. The emergency order shuttered in-house dining for bars and restaurants and reduced capacity at retail businesses, salons and gyms in hopes of diminishing the spread of COVID-19.

[‘Trying to do what we can’: How 5 Anchorage restaurants and breweries are working to survive the latest shutdown]

The virus has been spreading rapidly throughout Alaska during the past month, with daily case counts frequently rising above 700 new infections. The state reported a record 933 new infections Saturday.

The rise in cases has also put stress on the state’s already vulnerable hospital system, officials say. On Sunday, only 10 of Anchorage’s 72 intensive care unit beds were available. Quinn-Davidson cited concern about overflowing hospital capacity when she enacted the “hunker-down” order.

In the wake of the shutdowns, Quinn-Davidson has urged the Anchorage Assembly to put the last $15.4 million of the city’s federal CARES Act funds toward an economic relief package that would aid struggling businesses and help people who are unable to pay their rent or mortgage. Every member of the Assembly sponsored the package, so it is likely to pass when it goes to vote this week.

Anchorage first went into a hunker-down state in March, shortly after COVID-19 first appeared in the state. The city again enacted restrictions in August, as COVID-19 cases again began to grow.