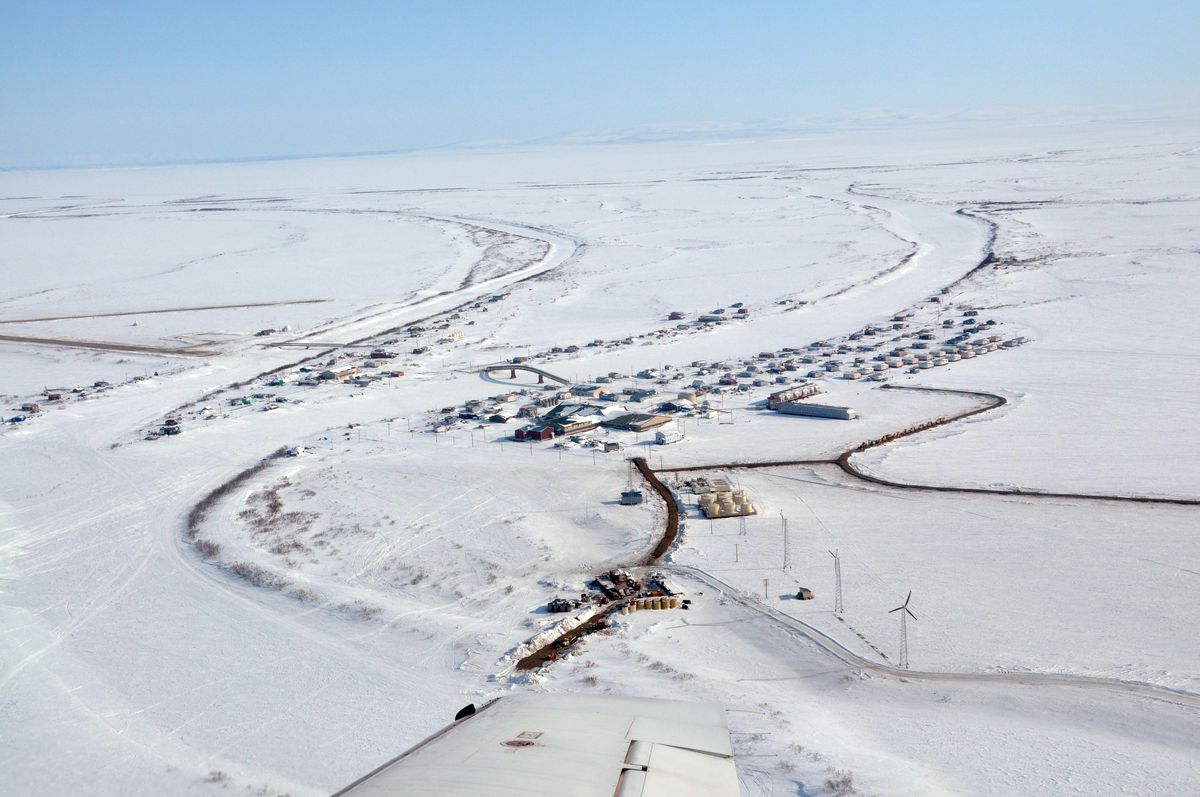 After a power outage more than a week ago, many homes in the Northwest Alaska village of Selawik are still without running water, a local official said.

The entire community, which is home to roughly 900 people, went dark on Feb. 14, when an issue at the power plant caused an outage throughout the town 4 p.m. until 4 a.m. the next morning, said Tanya Ballot, the tribal administrator for the Native Village of Selawik. While power has been restored to much of the community, Ballot said the school and water treatment plant are still relying on generators.

During the outage, pipes froze at many homes. On Monday, eight days after the initial outage, Ballot said several pipes remained frozen, cutting off water to roughly 60 homes on the west side of the community. Crews were working to thaw the pipes before they expand and burst, but she said temperatures have hindered their efforts. On Monday, Selawik was about 20 below zero with windchill over minus 50 degrees, she said.

Many people in the village have backup generators, which were able to provide the homes with heat during the Valentine’s Day power outage. The city opened up the school gym as an emergency shelter and Ballot said eight families took refuge there that evening.

The outage at the power plant was caused by a lack of regular maintenance on the machinery, Ballot said. Repairs still need to be made on two of the town’s three engines that help power the village, she said. The town has been powered by only one of the engines since the outage. Ballot said community members are being urged to conserve energy so as not to overwhelm the system.

The machine parts have been difficult to find, especially as water treatment plants in Texas are also in crisis, Ballot said. She said officials with the Alaska Village Electric Cooperative have been trying to locate the needed parts to repair the two engines.

Those without water on the west side of town can get water from other homes in town, but Ballot said the water is not safe to drink without boiling.

The city declared a disaster on Feb. 16 and requested state assistance. Ballot said the Northwest Arctic Borough was able to provide some financial help.

In a statement Friday, the State Emergency Operations Center said they are working to determine whether assistance and funding beyond what the city and borough can provide is needed.

“The SEOC continues to work with Selawik and the NWAB to identify pertinent community impacts, damage, cost estimates and additional details, and partner agency contributions, before they are able to determine whether state assistance will be necessary,” the statement said.