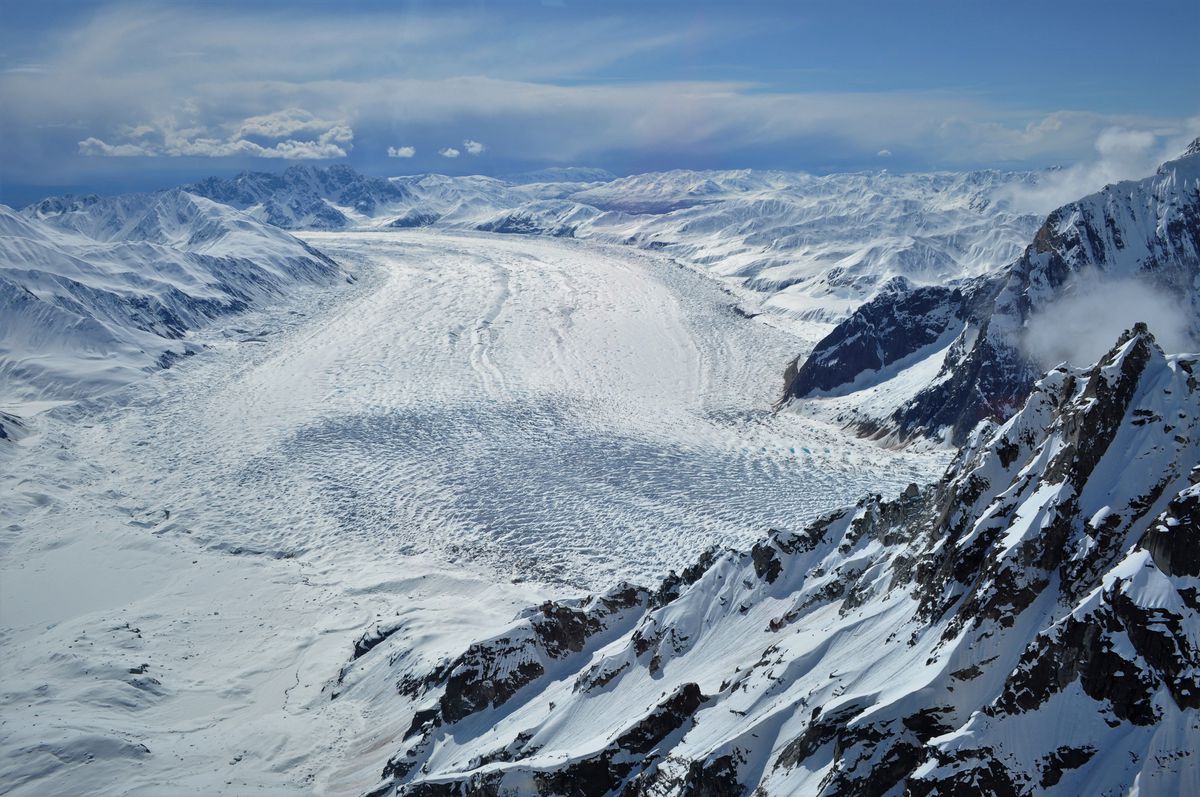 Update 9 a.m. Thursday, April 8: The stranded group, which included one teenager, was flown off Ruth Glacier on Sunday by an air taxi operator, the Denali National Park said in a statement.

On Monday, the three pilots were flown back to their stranded, ski-equipped planes, which were not damaged.

“After stomping out a runway in approximately one foot of new snow that had fallen overnight, the three aircraft flew home without further incident,” the statement said.

Officials eventually hired guides to lead the group to the nearest shelter.

The group arrived Friday at Ruth Glacier in a Cessna 180 and two Piper PA18 planes, troopers said. The group was at an altitude of about 4,500 feet when inclement weather prevented them from flying out, so they spent Friday night on the glacier.

Ruth Glacier sits on the southeast side of Denali and is one of the largest glaciers in the national park and a frequent destination for flightseeing tours.

The storm moved into the area quickly on Friday, said Maureen Gualtieri, a spokeswoman for the national park.

The group requested a rescue Saturday morning “due to limited survival resources,” troopers wrote. The group reached friends and family by phone and learned the weather conditions were not expected to improve Saturday, said Gualtieri.

The nearby Sheldon Chalet, a lodge in the amphitheater of the glacier, is staffed with outdoor guides that were hired by the park service to help the stranded group, Gualtieri said. Two guides brought fat skis to help navigate the deep snow and glaciated terrain, and Gualtieri said the guides helped rope up members of the group.

The group sheltered at the mountain house Saturday and Sunday. The National Weather Service predicted heavy and blowing snow in the area for much of Sunday and advised that travel would be difficult or impossible.

A historic storm dropped record amounts of snow throughout Interior Alaska during the last few days, according to the weather service.

Weather improved Monday morning and Gualtieri said skies were clear in Talkeetna. The group was expected to air-taxi back to their planes and fly out Monday as long as weather permitted, Gualtieri said.

“It’s certainly not the first time that an aircraft got stranded in the mountains when weather came in quickly and it won’t be the last,” Gualtieri said. “But these pilots made the right call to not attempt to fly out when the weather was coming in, so we’re just grateful that everyone’s safe and in good spirits.”