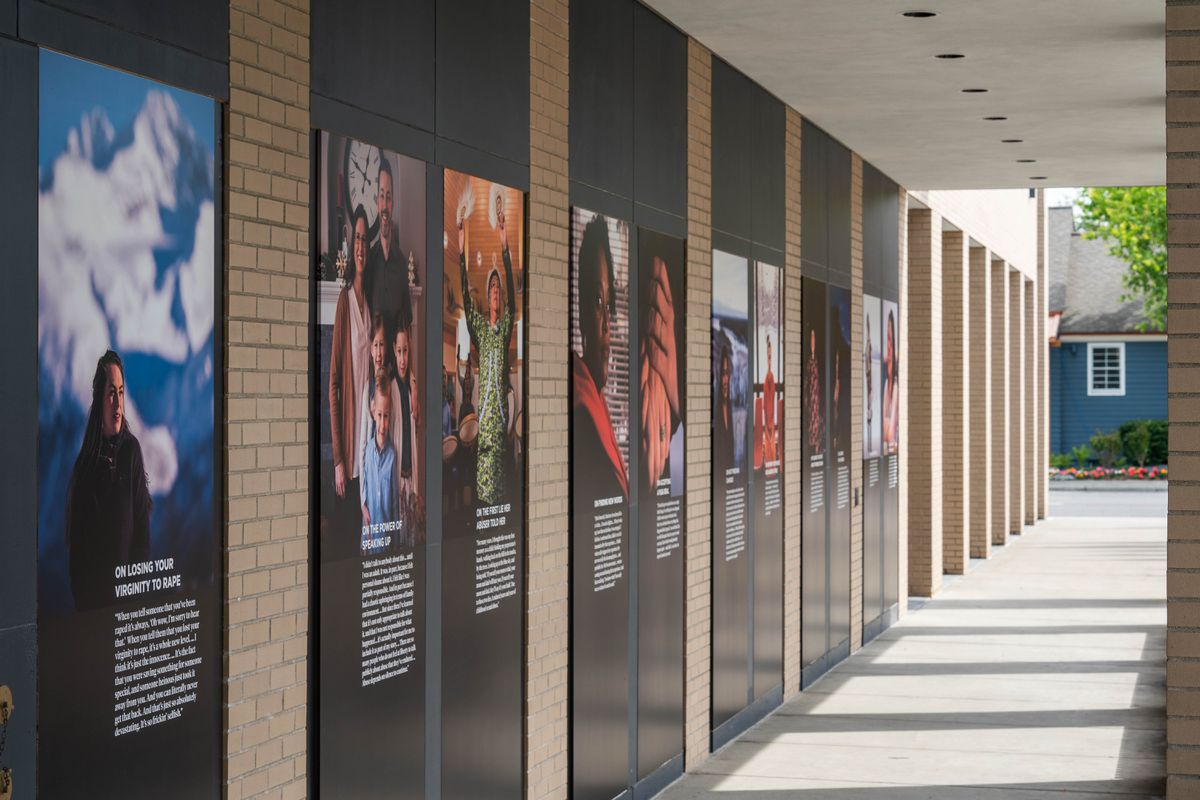 An installation of the "Unheard" project is displayed at the Anchorage Museum, July 2020. (Loren Holmes / ADN)

An installation of the "Unheard" project is displayed at the Anchorage Museum, July 2020. (Loren Holmes / ADN)

“Unheard,” a collaborative reporting project by the Anchorage Daily News and ProPublica that gave voice to survivors of sexual violence in Alaska, won first place for community journalism in the 2021 National Magazine Awards.

The award, announced Thursday by American Society of Magazine Editors, was the latest recognition for a two-year collaboration between the newsrooms reporting on sexual violence in Alaska. The awards “honor print and digital publications that consistently demonstrate superior execution of editorial objectives, innovative techniques, noteworthy enterprise and imaginative design,” according to ASME.

The “Unheard” series was published online and in print last June, and was a first-of-its-kind collaborative story-sharing project. Alaska has the highest rate of sexual assault and child sex abuse in the U.S., yet for generations it has largely been an unspoken epidemic. Predators have assumed, often correctly, that victims would remain silent or no one would listen.

The project featured portraits and stories of 29 Alaskans who chose to talk about their experiences, in part to de-stigmatize being a sexual assault survivor.

“The project was unusual — not only in the deep collaboration between the newsrooms but in the collaboration with the subjects themselves,” said Daily News Editor David Hulen.

Some of the subjects told us that giving words to what happened was a form of justice. Some said they chose to speak so others might feel less alone. They recalled moments of brutality and callousness, but also transformation, rebellion and renewal. They worked with Daily News photographers to make portraits that were true to them. They chose to be photographed in meaningful locations, alongside the people they love or dressed to represent a source of strength.

The project was adapted into in an installation last summer at the Anchorage Museum.

“Unheard” was produced by the ADN’s Loren Holmes, Kyle Hopkins, Marc Lester, Anne Raup and Michelle Theriault Boots and ProPublica’s Adriana Gallardo, Nadia Sussman and Agnes Chang. Primary editors were the ADN’s Hulen and ProPublica’s Charles Ornstein and Ariana Tobin, and the project involved a number of others from the two newsrooms.

Earlier this year, the project was honored by the Dart Awards for Excellence in Coverage of Trauma. Judges called the project “exceptional, original journalism” that “puts the voices of survivors at the forefront” and “reimagines how trauma-aware, culturally-sensitive, collaborative reporting can be done.”

The series was related to a larger two-year project, “Lawless,” that extensively reported on sexual violence in Alaska. That project was honored with the 2020 Pulitzer Prize for Public Service — the ADN’s third — as well as many other national and regional journalism awards.