Own an empty, boarded-up building in Anchorage? It could cost you. 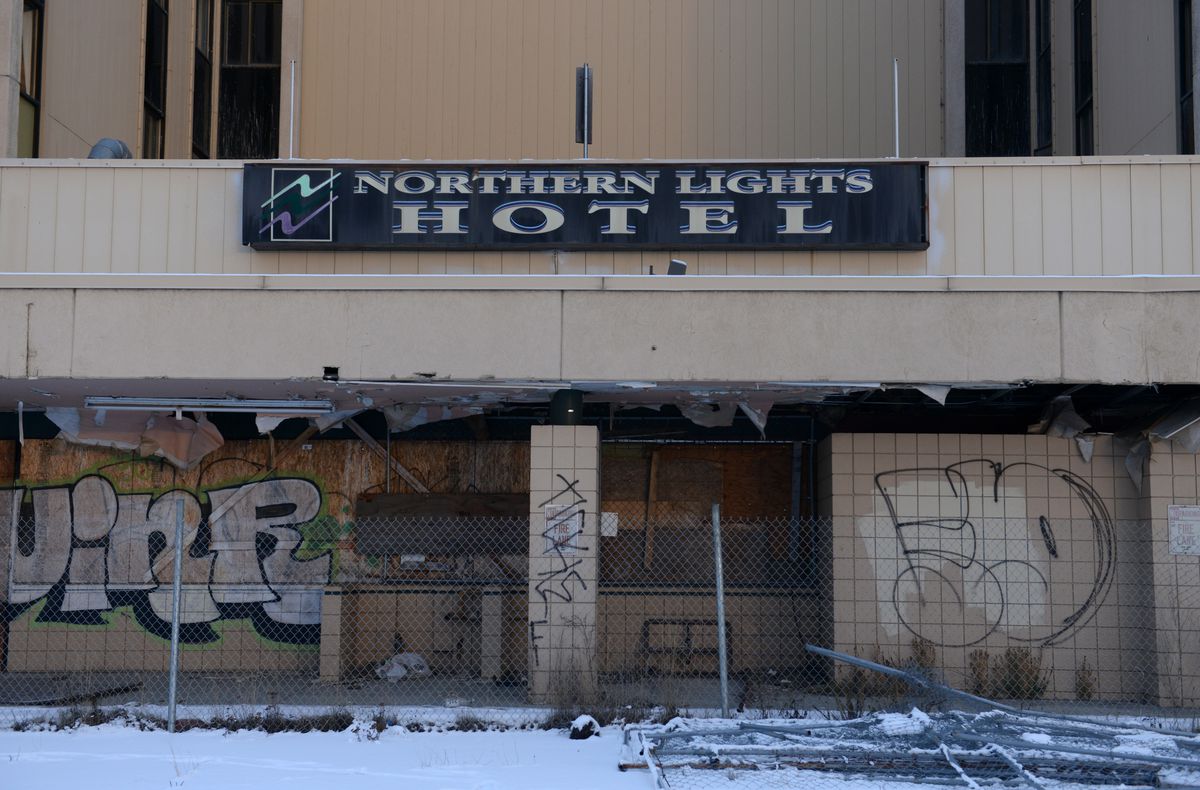 Anchorage officials want to start assessing fees to the owners of empty or abandoned buildings to help monitor the city's landscape for eyesores or potential magnets for squatters and crime.

An ordinance planned to be introduced Tuesday to the Anchorage Assembly by Mayor Ethan Berkowitz proposes tracking the city's vacant structures through a registry. Owners of empty or abandoned buildings will have to pay fees starting at $100 a year, in addition to boarding up windows and doors and keeping the structure from falling into further disrepair.

City attorney Bill Falsey said the city's "interest is in making sure vacant properties do not become havens for criminal activity … and that the properties are not allowed to deteriorate such that they are damaging the value of the neighboring properties."

Anchorage city law already describes empty, abandoned or "unsightly" buildings as public nuisances. But officials don't know where all those buildings are, Falsey said. He also said it isn't always easy for Anchorage residents to find contact information for property owners or landlords to report problems with empty buildings, a problem the registry could solve.

Vacant-building registries and fees have been adopted in hundreds of other cities in the past decade. In Minneapolis, where a wave of foreclosures after the housing bubble gave way to a crop of empty homes, the city now charges owners of empty homes with code or nuisance violations of nearly $7,000 a year.

Anchorage hasn't seen the problem on nearly the same scale. On average, officials have received 10 complaints a year about abandoned buildings over the past decade, said city development director Chris Schutte. Just two of those cases remain unresolved, Schutte said — one involving a burned-out mobile home and the other a house where the owner seems to have vanished.

But instead of just answering complaints, Schutte said, the city wants to build a more accurate snapshot of the full range of empty or abandoned properties in Anchorage.

One property that would likely qualify for the registry would be the Northern Lights Hotel in Midtown, Falsey said. The hotel, owned by Peach Investments LLC, has been shuttered for more than a decade. A message left with Peach Investments requesting comment Friday afternoon wasn't returned.

Under the proposed ordinance, the owner or a representative will have to register an empty or abandoned building 30 days after the building stops being used.

Annual registration fees will start at $100 the first year, rise to $200 the second year and to $300 for each succeeding year the property remains on the registry.

Whoever is responsible for the property will have to board up windows and doors and block people from going in or out. The building is also supposed to be "kept clean, sanitary and free from waste, trash, rubbish, debris, and excessive vegetation." Graffiti, trash or "unauthorized" signs or posters won't be allowed.

Ignoring the ordinance could get expensive. A property owner failing to secure or maintain a property on the registry could be slapped with a penalty of $100 a day, according to the proposed ordinance.

The ordinance exempts certain buildings, such as vacation homes, government buildings, seasonal structures and buildings waiting for renovation permits or that have been up for sale for less than a year.

It also wasn't immediately clear how easily the city would be able to enforce the law. City code enforcement officer Jack Frost said he was reviewing the ordinance and couldn't yet comment.

Falsey said the proposed fees and fines aren't meant to generate revenue for the city. He said the city is trying to cover the costs of running the registry.

"Tell us this property exists so we can keep an eye on it," Falsey said.