Can the collapsed sports dome be mended instead of replaced? 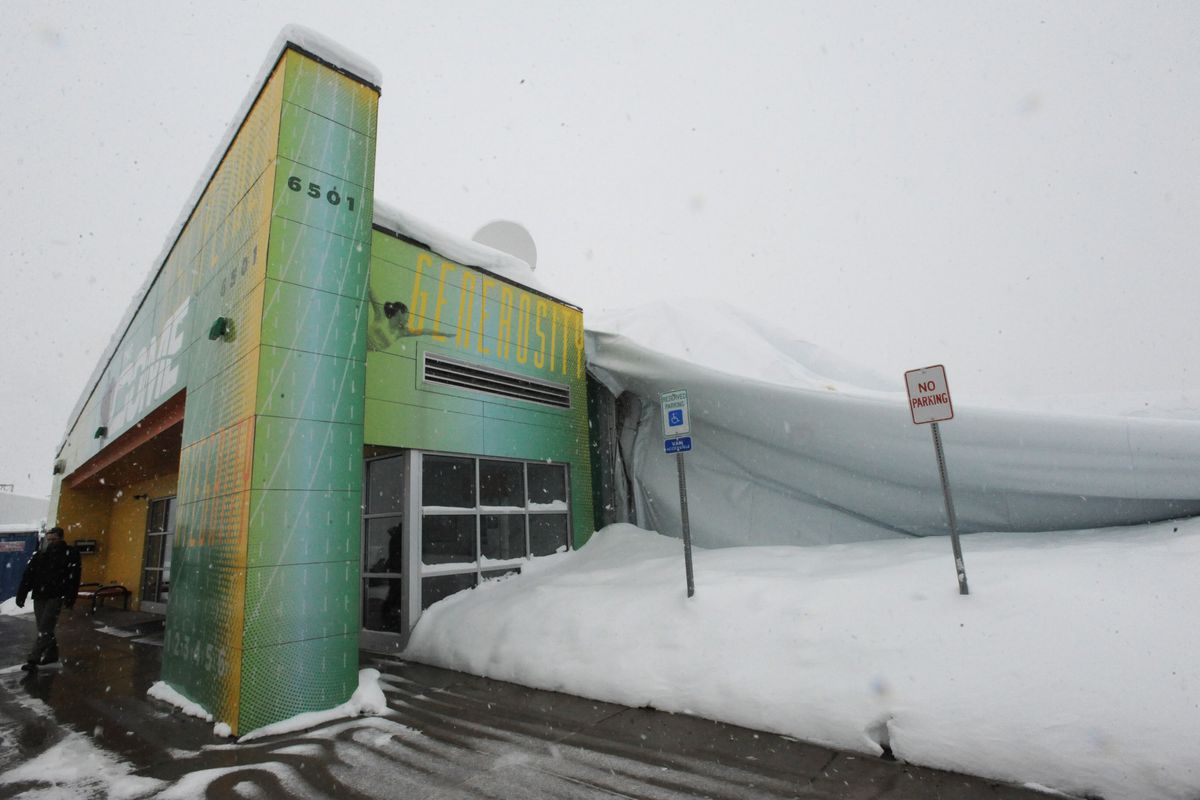 A fresh blanket of snow on Monday covers items exposed after The Dome collapsed over the weekend. (Bill Roth / Alaska Dispatch News)

A fresh blanket of snow on Monday covers items exposed after The Dome collapsed over the weekend. (Bill Roth / Alaska Dispatch News)

Two days after Anchorage's inflatable indoor sports arena The Dome collapsed, officials say they are optimistic that the giant covering can be repaired, not replaced.

The manufacturer of the insulated, air-supported fabric structure that covered the 600-foot long, 300-foot wide track and playing fields, Minneapolis-based Yeadon, is "very confident in their abilities to make a repair," said Mike Martin, the board chairman of the nonprofit that manages The Dome.

With one big caveat: Representatives from Yeadon have not arrived in Alaska to see the crumpled dome yet. They are due to arrive in Alaska on Wednesday, Martin said. Insurance adjustors were on site today.

The Dome collapsed under the weight of heavy snow just before midnight after the roof slowly bowed in along its center ridge throughout the day. The facility, which hosts sports practices, matches and events for dozens of Anchorage organizations, had been evacuated hours earlier. No one was hurt.

On Monday, a construction fence was going up around the property, off Raspberry Road. A security guard is on duty at the building 24 hours a day.

The focus Monday was on getting the facility secured. Much of the  of sports equipment that was inside the dome when it collapsed on Saturday night remains covered by the dome fabric, Martin said.

A big unanswered question remains: Why did it collapse?

"There is no cause yet. There is just investigation. No conclusions drawn," Martin said.

The structure withstood the winter of 2011-2012, when Anchorage got a record-breaking 133 inches of snow and the hard roofs of buildings collapsed.

The Dome uses the same snow clearing procedures — including ropes hanging down the structure shaken by people on the ground to dislodge snow and roped-up professionals climbing up the sides to clear from the top then and now, said Martin.

But Saturday marked the most snow that has fallen in Anchorage in a single 24-hour period since April 25, 2008 when the city was pummeled with a late-season snowstorm that dropped 15.5 inches of snow, according to the National Weather Service. On Saturday, about a foot of snow fell in Anchorage.

This has not been a great winter for air-supported domes, which are often a budget-conscious option for construction that is much cheaper than a hard-roofed building.

The University of Maine at Orono's Mahaney Dome collapsed in December after a fierce nor'easter.

And a smaller dome used for a fitness center in Belcourt, North Dakota, buckled in December after a storm.

Martin said he was optimistic that if Yeadon believes it can repair the dome structure — using a technique involving "fusion welding" — the wait for the facility to reopen could be limited.