Sports dome crushed by snow should be reopened within a year, officials say 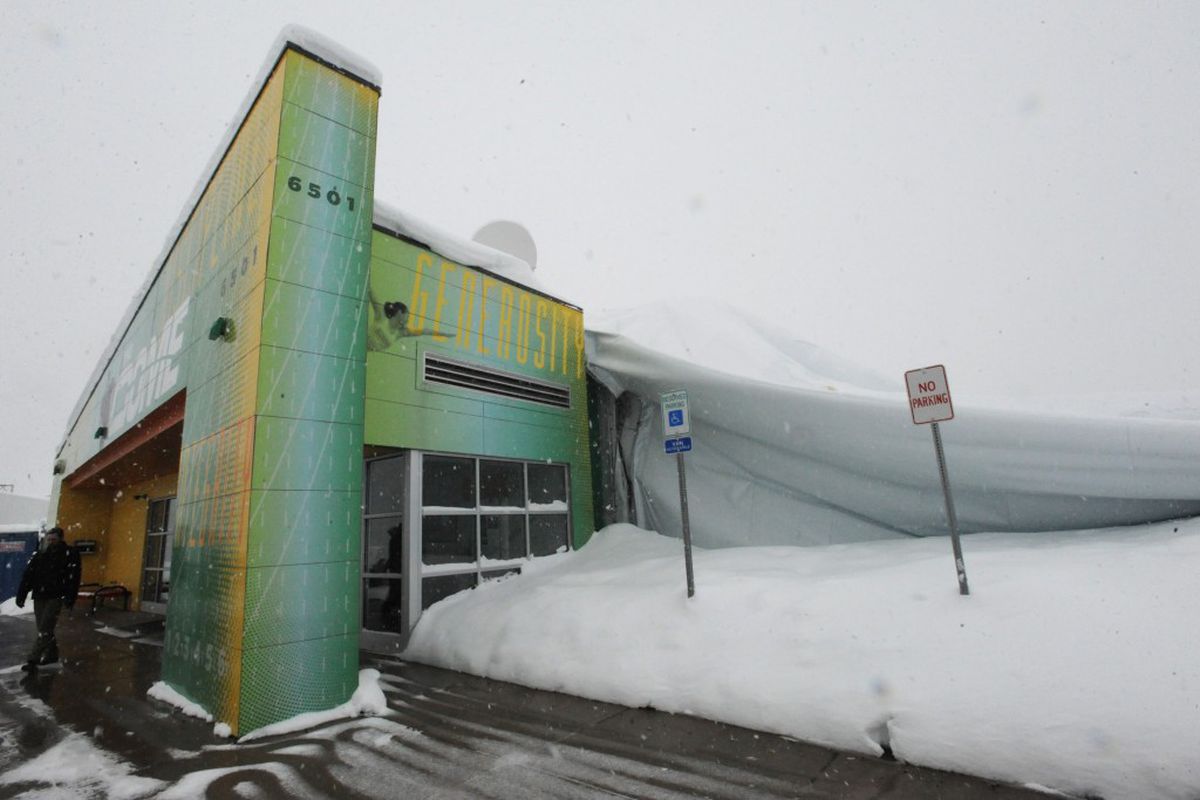 A fresh blanket of snow on Monday, Jan. 23, 2017, covers The Dome after it collapsed. (Bill Roth / Alaska Dispatch News)

A fresh blanket of snow on Monday, Jan. 23, 2017, covers The Dome after it collapsed. (Bill Roth / Alaska Dispatch News)

An official with The Dome says the popular indoor sports complex can be repaired and should be operating again within a year.

The Dome collapsed under the weight of heavy snow on Jan. 21, leaving hundreds of Anchorage athletes — including the UAA track team — without an indoor track or playing fields in the middle of winter.

The manufacturer of The Dome's distinctive fabric structure, Yeadon, visited the site near Raspberry Road and Minnesota Drive last week, said Mike Martin, the head of the nonprofit that manages The Dome.

Martin has scaled back predictions about how quickly The Dome might be reconstructed. As more is revealed about the extent of the damage, it becomes harder to predict just how long it will take to fix the structure, Martin said.

Steps such as removing steel cables from the top of the dome must be done before Yeadon staff can start repairs, and when the fabric is put back together the building will have to be "recommissioned" to make sure fire suppression, security systems and the like are functional.

"The only thing I can say definitively is we are marching this forward as fast as humanly possible," Martin said. "Without giving an exact number, we're looking at something that is not a yearlong process."

Dome officials have met twice with the Municipality of Anchorage about building permits. Martin said he thought Yeadon would be getting "the greenlight to go ahead with repairs" in coming days.

Martin also was not willing to estimate the cost to repair the structure. But the organization is confident it can handle it.

"At this point it does not look like it is going to be a problem to pay for this repair," Martin said.

An insurance adjuster has inspected the building but Dome officials won't talk about details of coverage.

What about people who paid for memberships to use facilities now buried under the collapsed structure?

Martin said an announcement will be made on The Dome's website about plans for members in the next few days.

"We're looking at some of the alternatives to using The Dome — whether we can make a deal with some of those sites to allow our membership use," he said.

"We're making a plan for the short term, because in the long term we'll have The Dome back."