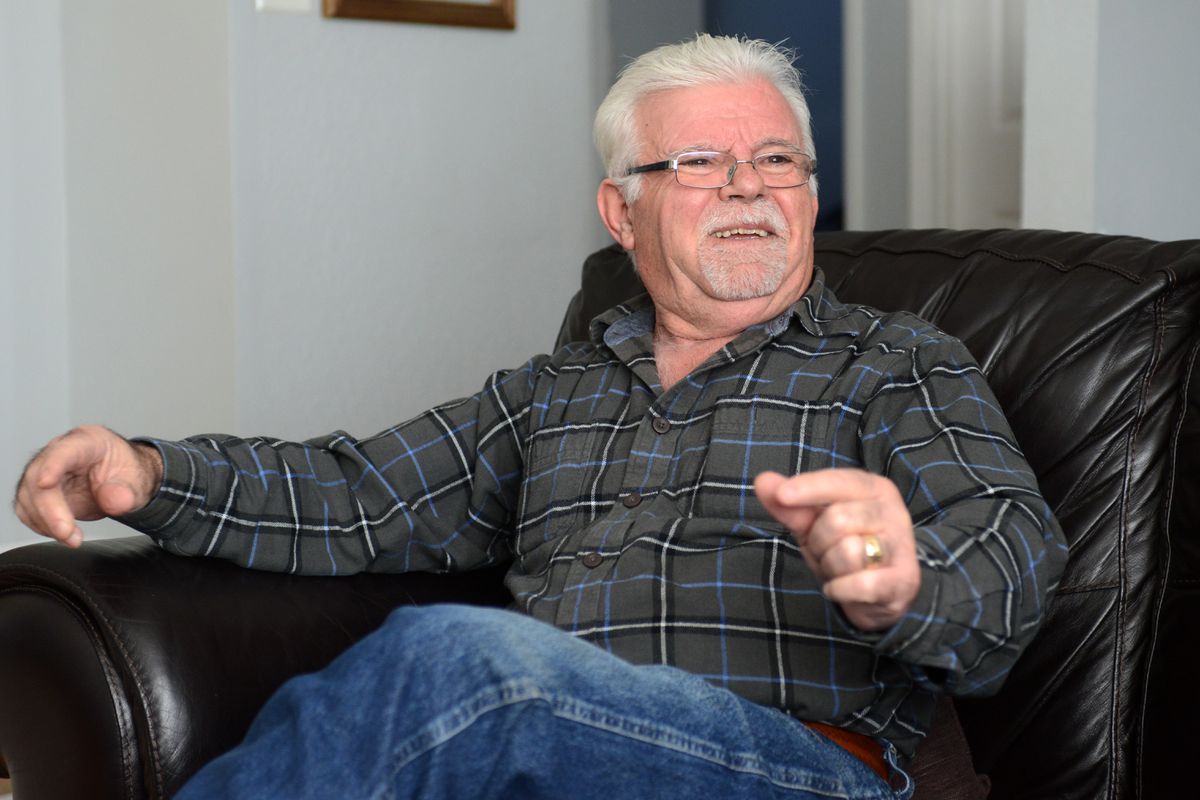 Medzit Lena has been involved in the Anchorage taxi business since arriving in Alaska in the early 1970s. (Erik Hill / Alaska Dispatch News)

Medzit Lena has been involved in the Anchorage taxi business since arriving in Alaska in the early 1970s. (Erik Hill / Alaska Dispatch News)

Buying a permit, said Lena, sitting on his couch in his longtime home in Anchorage's Bayshore neighborhood, got him a job.

Lena, a native of the Balkan country of Macedonia, paid $105,000 for the permit more than a decade ago. He thinks it will lose value if Anchorage voters in the April 4 election don't repeal the ordinance that directs the city to issue more than 100 new taxi permits over the next five years.

Behind the debates over the quality of service by Anchorage taxicabs — and the slow march of ride-booking companies like Uber and Lyft into Alaska — is a small pool of people who have invested a lot of money in permits, which, until the new ordinance, were strictly limited in number and treated like rare commodities.

Voters on Proposition 8 will help decide whether those investments keep their value — or whether the owners represent an oligarchy that needs to be broken up regardless of whether the ride-booking companies eventually come to town and become their competitors. Proposition 8 doesn't directly affect the prospects of Uber or Lyft.

Anchorage's 130 permit owners include Lower 48 retirees, Balkan immigrants and the estate of the longtime owner of Checker Cab, Simone Chabernaud.

Members of the Anchorage Taxi Permit Owners Association, which over the years has hired lobbyists and lawyers to represent the interests of the permit owners, are chairing the "Yes on 8" campaign. A yes vote on Proposition 8 will strike the new ordinance. Their radio ads started running last week and feature Ray Mundy, who researches transportation at the University of Missouri–St. Louis.

Past efforts to block similar legislation have been successful, but Proposition 8 comes at a time of particular upheaval for the taxi industry. Assemblyman Bill Evans, who sponsored the ordinance last year, said the city needs more cabs and competition to improve service and inspire innovation. He also separately spearheaded new regulations for ride-booking companies like Uber and Lyft, which the Assembly approved last week.

In the radio ads, Mundy says, vote against the referendum and allow new taxi permits to "flood" the market, and service will get worse and costs will go up.

Lena's views aren't much different. He and eight of his relatives independently own 12 permits — the largest family of Anchorage taxi permit owners. Medzit Lena was the first to buy one, in March 1975.

His face, framed by white hair and a white beard, reddened as he said the city should buy back his permit from him, at the price he paid.

But at another point in the interview, Lena put his hand on his heart. He realizes he didn't ask anybody to guarantee the value of his permit, he said.

Lena grew up in a small farming village in the country now known as Macedonia, then Yugoslavia.  In his home he has a plate and woodwork adorned with the double eagle of the Albanian flag.

He came to the United States in the early 1970s when he was 23. He landed first in Connecticut and then made his way to Alaska, where his first job was at a cannery.

Lena didn't know how to drive when he got to the United States. But he learned. He got a job as a driver and dishwasher at the former Gold Rush Motor Lodge, which is now the mouldering Northern Lights Inn in Midtown.

He went to the Anchorage Police Department to apply for a chauffeur's license. He drove a cab for about a year and a half. Then he decided he wanted to be his own boss, and bought his first permit, No. 42.

Not long after he arrived in Anchorage, Medzit sponsored the first of his cousins to come from his village.

The Lenas are among 130 permit owners in Anchorage. The city has a cap on permits, with the last new ones issued in 2013. A total of 188 are in circulation.

The records show there isn't a huge monopoly among individual permit owners. The most common number owned is one or two, according to an analysis of public records by Alaska Dispatch News.

The six permits owned by Robert Vaughn, a longtime permit owner and former Anchorage resident who now lives in Shermans Dale, Pennsylvania, are the most by any individual.

Several family trusts own permits. That includes the Chabernaud Testamentary Trust, named for the original owner of Checker Cab. There are also two corporations, one of which is based in Montana.

More than three-quarters of the permits in circulation are called "legacy permits," predating a regulatory overhaul in 1994. Legacy permits can be leased out.

Lena has one such legacy permit. That means his sons can drive his cabs for him.

Even though Lena doesn't think the city guaranteed his investment, he also buys into the argument that the regulations constitute a "taking" of private property. In 2008, with a similar issue on the ballot, Anchorage permit owners threatened a $20 million lawsuit.

Anchorage city attorney Bill Falsey did not seem worried that he would lose that fight.

In an email, Falsey pointed to a very similar issue litigated last year in a court in Milwaukee, a city roughly twice the size of Anchorage. Milwaukee had a hard cap of about 320 permits in 2013. The next year, the city lifted the cap and started issuing permits to anyone who was qualified.

The existing permit owners sued. The case went to the federal appeals court.

In the opinion in favor of the city of Milwaukee, Judge Richard Posner of the 7th U.S. Circuit Court of Appeals wrote that the permit owners' contention "borders on the absurd."

"Property can take a variety of forms, some of them intangible, such as patents. But a taxi permit confers only a right to operate a taxicab (a right which, in Milwaukee, may be sold). It does not create a right to be an oligopolist, and thus confers no right to exclude others from operating taxis."

Posner referred to the taxi industry as an "ancient regime" that had faced little competition until companies like Uber and Lyft burst onto the scene.

Lena bought his first permit for $14,000 and sold it for nearly double that a few years later. He's bought and sold several permits since. His most recent cost $105,000.

Some longtime permit owners contacted by Alaska Dispatch News said they were worried about the security of their retirement if the referendum fails and Evans' ordinance goes into effect.

Lena said his family would survive. He's not sure what he himself will do, though. His chauffeur's license expires in September and he isn't sure if he'll renew it.

If he needed to work, who would hire him? He's almost 70.

But Lena also remembered someone asking him years ago: What if the city just decides to open up the limit on permits?

It's the chance you take, Lena told him.

A month later, Lena said, that man bought his own permit.