Months after Dome collapse, members feel deflated over lack of refunds and updates 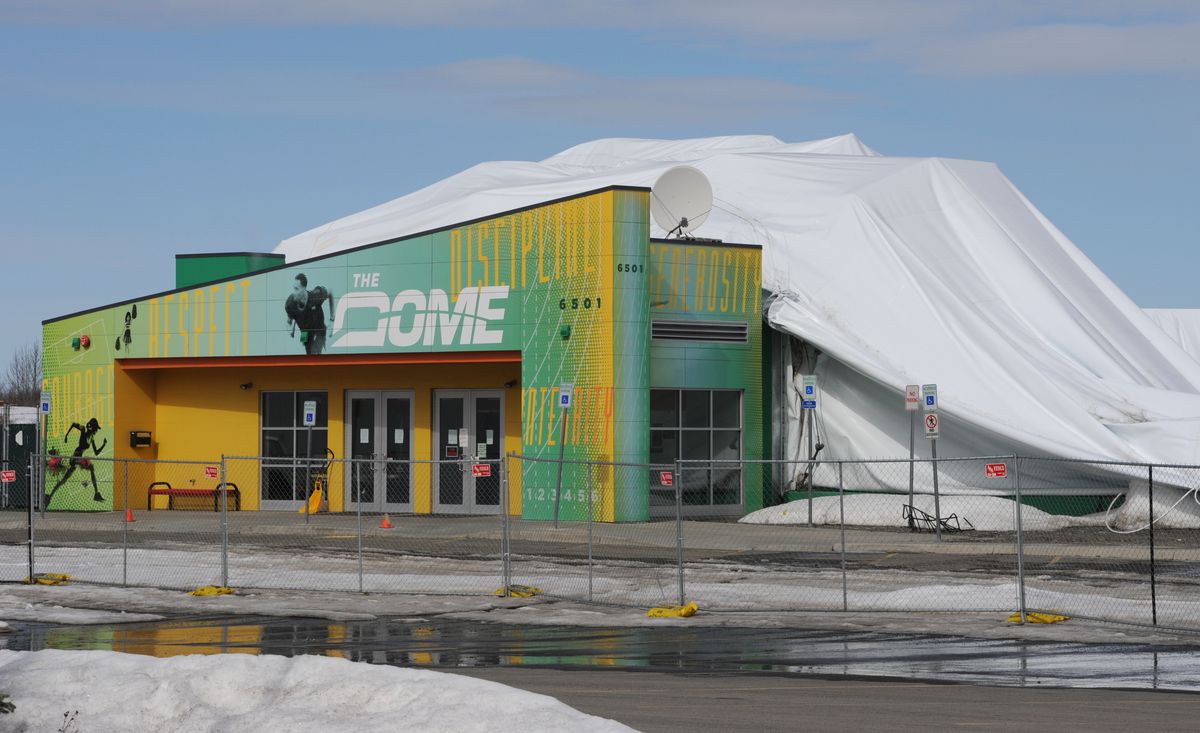 A winter’s worth of snow melts on Monday, revealing The Dome after it collapsed in January. (Bill Roth / Alaska Dispatch News)

A winter’s worth of snow melts on Monday, revealing The Dome after it collapsed in January. (Bill Roth / Alaska Dispatch News)

In October, Chelsea Guintu paid $500 upfront for a yearlong membership to the Anchorage indoor sports complex The Dome.

She could not have predicted that The Dome would collapse under the weight of heavy snow on Jan. 21 — her plans to keep in shape indoors during the winter deflating with it.

Almost three months later, Guintu and others say management of The Dome has not compensated or even communicated about the future of the facility and the prepaid memberships.

She lives right across the road from the complex, where the remains of the inflatable structure lie fallow under a field of slushy snow. She can only guess at when — or if — it will be back up and running again.

Guintu said she is appreciative of The Dome's contributions to Anchorage recreation, but she's also frustrated at the lack of communication since the collapse.

"I'm trying to be supportive of a nonprofit that does so much but you know, it is 500 bucks," she said.

The many sports teams, fitness classes and other groups that used The Dome for everything from a home-school PE-class venue to weight training have mostly been shifted to new arrangements, according to plans published on The Dome's Facebook page.

But people who paid for individual, yearlong memberships say they have heard nothing. The Dome's Facebook page is full of angry complaints from people who want their money back — or at least some answers.

"Why is your organization so great at avoiding those who are asking for their money back?" one woman posted on The Dome's Facebook page. "You can not keep funds if the services promised were not given."

The silence extends to word on when the structure, used by thousands of recreational athletes in Anchorage, will be fixed.

After the January collapse, the nonprofit's management was quick to make upbeat prognostications about how quickly The Dome could be fixed. The dome's fabric could be repaired instead of replaced, board president Mike Miller said in February.

"Maybe weeks, not months," he said at the time.

That timeline soon shifted to "within a year."

But since early February, management has stopped responding to questions about progress on fixing The Dome — or about compensation for members.

"They are just not at liberty to comment on the situation at this point," said Tim Woolston of Northwest Strategies, acting as a spokesman for the nonprofit that runs The Dome.

Why? They won't say.

The board and management "empathize with the frustration that is out there and share that frustration," he said. "They want more than anything for this thing to be resolved and the dome rebuilt."

Woolston said the board hopes to have more to say "soon."

But for now, people will have to wait.