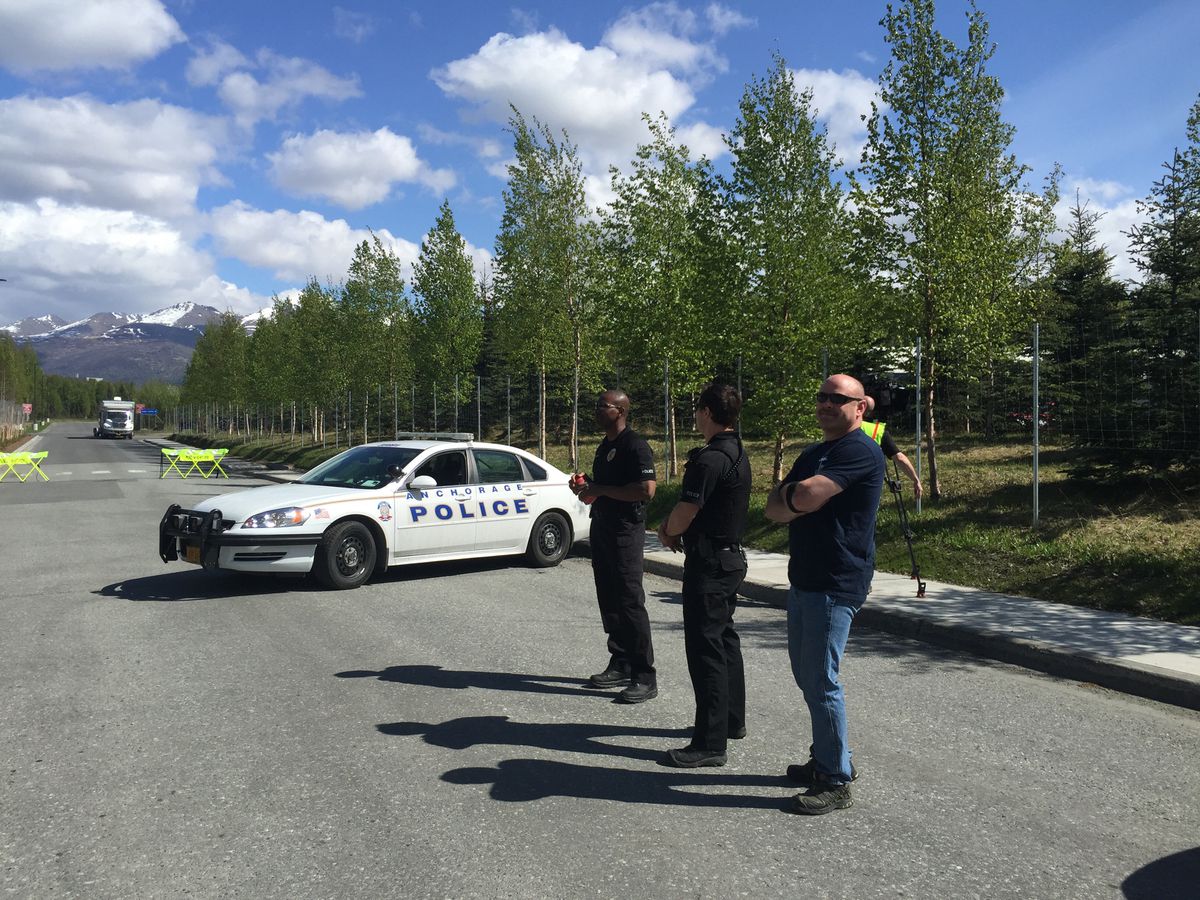 Public access to the Anchorage Police Department headquarters and parking lot was blocked Tuesday after a man dropped off what he called a “homemade bomb” his friend had made. (Michelle Theriault Boots / Alaska Dispatch News)

Public access to the Anchorage Police Department headquarters and parking lot was blocked Tuesday after a man dropped off what he called a “homemade bomb” his friend had made. (Michelle Theriault Boots / Alaska Dispatch News)

A man who wanted to dispose of what he called a friend's "homemade bomb" brought it to Anchorage police headquarters Tuesday afternoon, a spokeswoman said, prompting police to block access to the building or parking lot as a bomb squad investigated the device.

The man who delivered it was not trying to threaten police, said Anchorage Police Department spokeswoman Renee Oistad.

A friend had "contacted him and had what he called a homemade bomb," she said outside of the headquarters building Tuesday. "He simply brought it here because he thought it was the best place to have it disposed of."

As of about 3:30 p.m., police didn't know how the device was made, or if it is actually a functioning explosive.

The man parked down the street, away from the police headquarters building, with the device in his vehicle, Oistad said.

"He did it as safely as he thought he could and walked in and let us know what's going on," she said.

As a precaution, police barricaded the entrance to the parking lot and headquarters building. People were still working inside, but the public was turned away while explosives technicians worked to destroy the device.

"We don't know yet if it's a viable device, so we're going to treat it like it is," Oistad said.

People who have a potentially dangerous item that needs to be disposed of should call police and ask what to do, not transport it themselves, she said.