A longtime Anchorage resident wanted a downtown library. She left a lot of money for it. 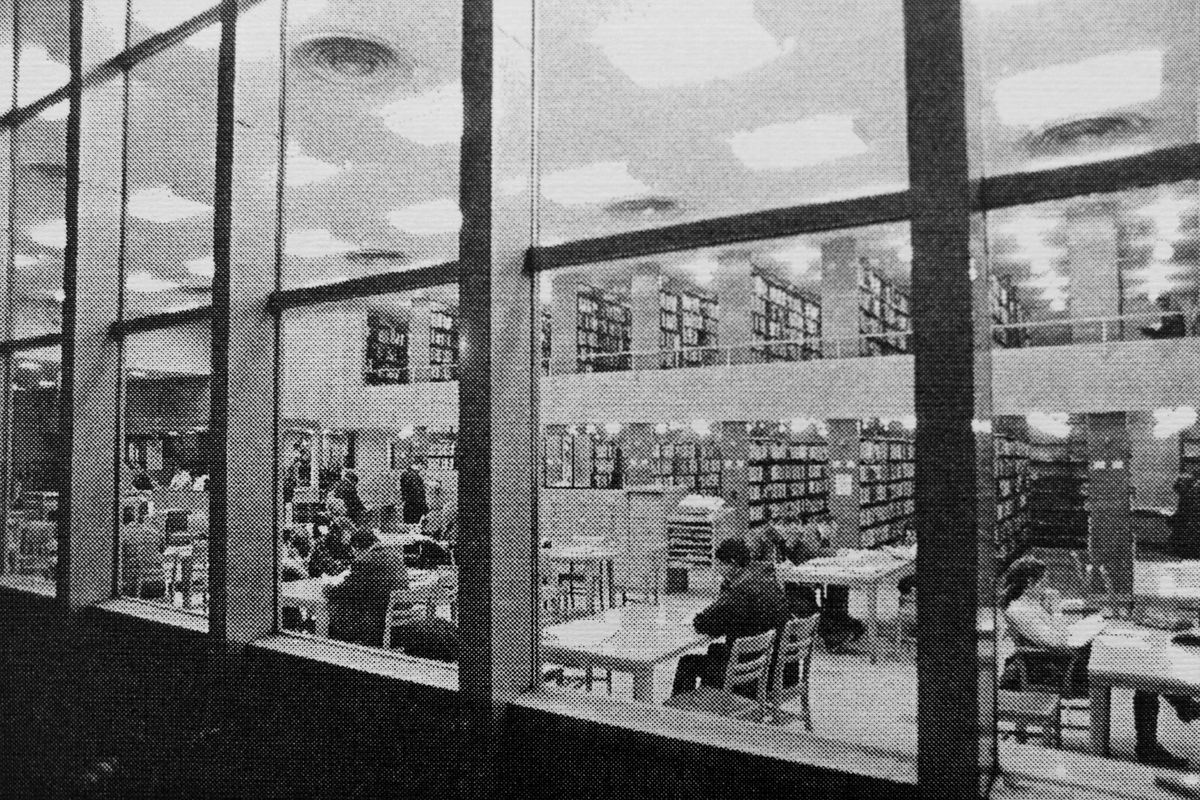 Janet Goetz wasn't at all pleased when the library in downtown Anchorage closed in 1986.

For decades, Goetz had walked the two blocks from her house on Second Avenue to the library, then on Fourth Avenue and F Street. She was in her 70s by then and a voracious reader and loyal library patron. She quickly decided that she despised the new Loussac Library in Midtown, with its stairs and big parking lot.

Her dismay at the loss of the neighborhood library later turned into anonymous donations of more than a half-million dollars to reopen a library branch downtown. Attempts to carry out her wishes included an engineering study on the Old Federal Building on W. Fourth Avenue, but the study showed the building wasn't suitable.

Nothing has yet come of Goetz's hopes.

Now a new push is brewing, backed by the administration of Mayor Ethan Berkowitz. Since January, there have been roughly two dozen meetings between city staff and a range of downtown, business and tribal groups to gauge interest. The money in the trust is now available, thanks to legal wrangling that concluded about two years ago.

One big question: What happens to the money if a downtown library isn't built?

Goetz first proposed her plan at a meeting in an Anchorage lawyer's office in 2001.

Jerry Pollock, then the president of the Anchorage Library Foundation, attended the meeting. He recalled in an interview that Goetz, who was accompanied by her accountant, made her wishes clear. She wanted to restore a library within walking distance of her home, Pollock said.

"She did not like Loussac one little bit," Pollock said.

Told the city was interested, Goetz donated $100,000 to the Anchorage Library Foundation, though her name was not disclosed at the time. The gift was restricted to establishing and operating a downtown library.

About a third of the money was used for an engineering study on the city's former Federal Building at Fourth Avenue and F Street, which Goetz had her eye on. Another third went to a survey that found the public would support a downtown library, Pollock said.

The engineering study found that the old federal building was seismically unsafe for bookshelves. After that, the project fell off the city's priority list. In 2005, Goetz donated another $500,000 to the foundation. Around that time, Mayor Mark Begich was pushing library development, and the oil company BP also donated money for a downtown library branch.

During Begich's second term, the foundation looked at purchasing a building on the same block as Anchorage City Hall. In 2009, when then-Mayor Dan Sullivan was in office, city officials weighed setting up a library in the Egan Convention Center.

Neither deal worked out. One big problem was the estate hadn't been settled, so it wasn't known how much money was available, Pollock said. It wasn't long before the renovation of the Loussac Library became a major priority of the city.

Pollock kept talking to Goetz from the original meeting in 2001 until shortly before her death in 2010. They talked about four or five times a year, he said, on the phone and in person.

Goetz was very private, Pollock said. He said he learned the most about her from her obituary, which ran in the Anchorage Daily News in February 2011.

According to the obituary, Goetz was born in Scotland on Nov. 3, 1911. She traveled to New Jersey when she was 19 to visit family. That's where she met and fell in love with John Goetz, a German who had immigrated to the United States from Munich.

They were married in 1934 in New York. About a decade later, the couple moved to Anchorage. One of the big draws was skiing. Later, the Goetzes were among the early volunteers working to build the Arctic Valley ski area, according to the obituary.

John worked as an electrical engineer and traveled widely around Alaska, the obituary said. Janet Goetz worked as a sales clerk at the old Northern Commercial Co. on Fourth Avenue and later for Federal Electric, which built a telecommunications network in Alaska. She worked for the Regulatory Commission of Alaska until she retired in 1973.

Goetz wrote her own poetry and loved books. In the 1960s and '70s, Goetz transcribed and translated several diaries written by a Susitna Valley homesteader and trapper named Fred Winter, a German immigrant. The collection is now kept at the library shared by the University of Alaska Anchorage and Alaska Pacific University.

By all accounts, Goetz was determined. She mowed her own lawn well into her 90s, Pollock said.

A former lawyer for Goetz, Sheila Gallagher, described her in a court hearing on her will as "very determined and hard-headed." Goetz didn't outline a contingency plan for her trust in her will because she couldn't imagine that a downtown library wouldn't be built, court records indicate.

Goetz didn't want to let the library foundation "off the hook," her longtime accountant, Katherine Smith, said during a March 2015 hearing on the Goetz estate.

"She wanted to hold their feet to the fire," said an Anchorage-based lawyer representing Goetz's estate, Tonja Woelber, in the court transcript on the hearing.

Goetz and her husband weren't wealthy, Pollock said. But they'd lived frugally and invested their money. As Goetz got older, she didn't have a need for it, Pollock said. The couple had no children and no relatives in Alaska.

The library was what she felt strongest about, Pollock said.

Some legal wrangling happened in the years following Goetz's death. Goetz's will restricted her donations to a library on the original Anchorage townsite. She refused to specify what should happen if one was never built, her former lawyer, Gallagher, said.

Lawyers from Wells Fargo, the trustee, and the Anchorage Library Foundation offered dueling plans in the estate hearing two years ago. In a ruling, probate Master John Duggan favored the change proposed by Wells Fargo: Starting in 2030, if the downtown library hadn't been built, the Anchorage Library Foundation could go back to the court and petition for a new use of the Goetz fund.

Any changes would have a "charitable purpose that is as near as possible to the originally intended purpose" of Goetz, the trust document now says.

Duggan rejected an alternate proposal from the library foundation to distribute the funds, without restrictions, back to the foundation. The foundation "could have less incentive to advance Ms. Goetz's campaign," Duggan wrote.

The ruling did give the Anchorage Library Foundation access to the $7.2 million trust fund for a downtown library, triggering the revived effort. It's enough money to build or lease a space for a library and fix it up, though not quite enough to keep the library going year to year, said Clare Ross, the library development director.

Wilda Marston, a longtime Anchorage library activist, said in a phone interview that she did not know Janet or John Goetz. She wondered how many people who live in Anchorage were asking for a downtown library.

"How does what someone's asking you fit into the plan?" Marston said. "We all have a plan for Anchorage."

Ross said the city has gotten positive feedback from meetings so far, but more public outreach will occur this summer.

Given the state's fiscal crisis and local budget shortfalls, Ross said, it's unlikely there will be any action within the next two years. But the amount of money in the trust will grow in that time from investments, Ross said — making it more likely that Goetz's trust could pay for library operations in the future.

Pollock, the former president of the Anchorage Library Foundation, said that Goetz's wish for her estate could fit into broader efforts to reinvigorate and develop downtown Anchorage.

The mayor and his administration seem "really interested in helping the downtown area," Pollock said. "I do think a library could help in that regard. I'm hopeful."