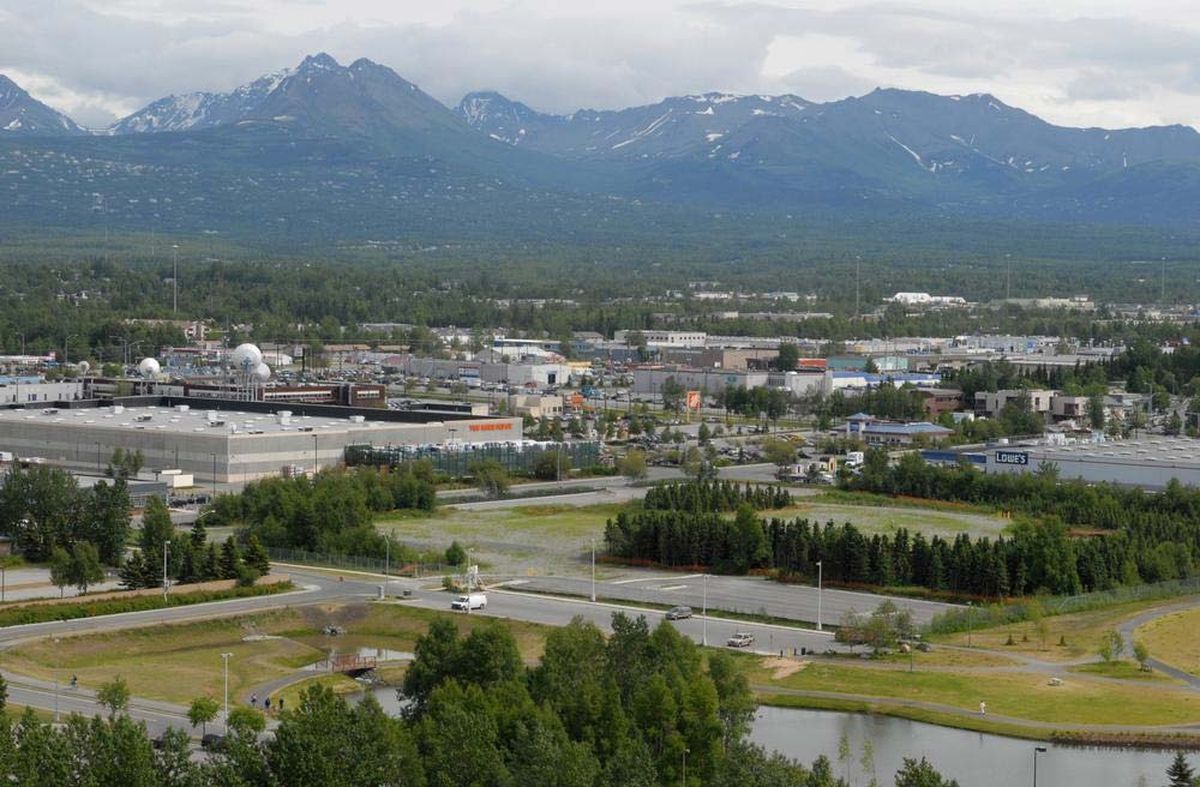 The vacant land beyond the Cuddy Family Midtown Park can be seen from the Frontier Building. (Bill Roth / Alaska Dispatch News)

The vacant land beyond the Cuddy Family Midtown Park can be seen from the Frontier Building. (Bill Roth / Alaska Dispatch News)

The administration of Anchorage Mayor Ethan Berkowitz will spend $6 million to acquire a prime 9-acre property in Midtown from the federal government, with officials hoping to pave the way for the construction of shops, offices and apartments there.

The Anchorage Assembly authorized the transaction Tuesday night for the tract of empty land, which sits at the intersection of East 40th Avenue and Denali Street. It's bordered by Cuddy Family Midtown Park and the Loussac Library.

Once expected to house the Anchorage headquarters of the National Archives and Records Administration, the land has been fenced off for years. Last year, Congress and then-President Barack Obama took action that allowed the city to acquire it. It's the latest in a series of federal parcels obtained by the city.

"This is a key 9-acre parcel right right in the heart of the retail, office and commercial center of Midtown," Schutte said. "So we want to do something that's very thoughtful and deliberate, that takes advantage of the park and Midtown location and introduces residents into the neighborhood."

The Berkowitz administration, meanwhile, has backed projects promoting "mixed use" development, such as apartments built on top of stores. It's a denser type of development, more unusual in Anchorage now, that officials say could ease the city's high housing costs.

More than 300 apartments could be built on the former Archives site eventually, according to a memo to the Anchorage Assembly. Schutte said no one lives in the immediate area now, but it's close to a wide range of amenities.

The former Archives property was appraised at $4.8 million. The city's request to the Assembly also includes money to prepare the land for development, Schutte said.

The Berkowitz administration last year awarded a competitive bid to a nonprofit housing developer to turn another formerly federally owned property, at Seventh Avenue and I Street in downtown Anchorage, into apartments and stores.