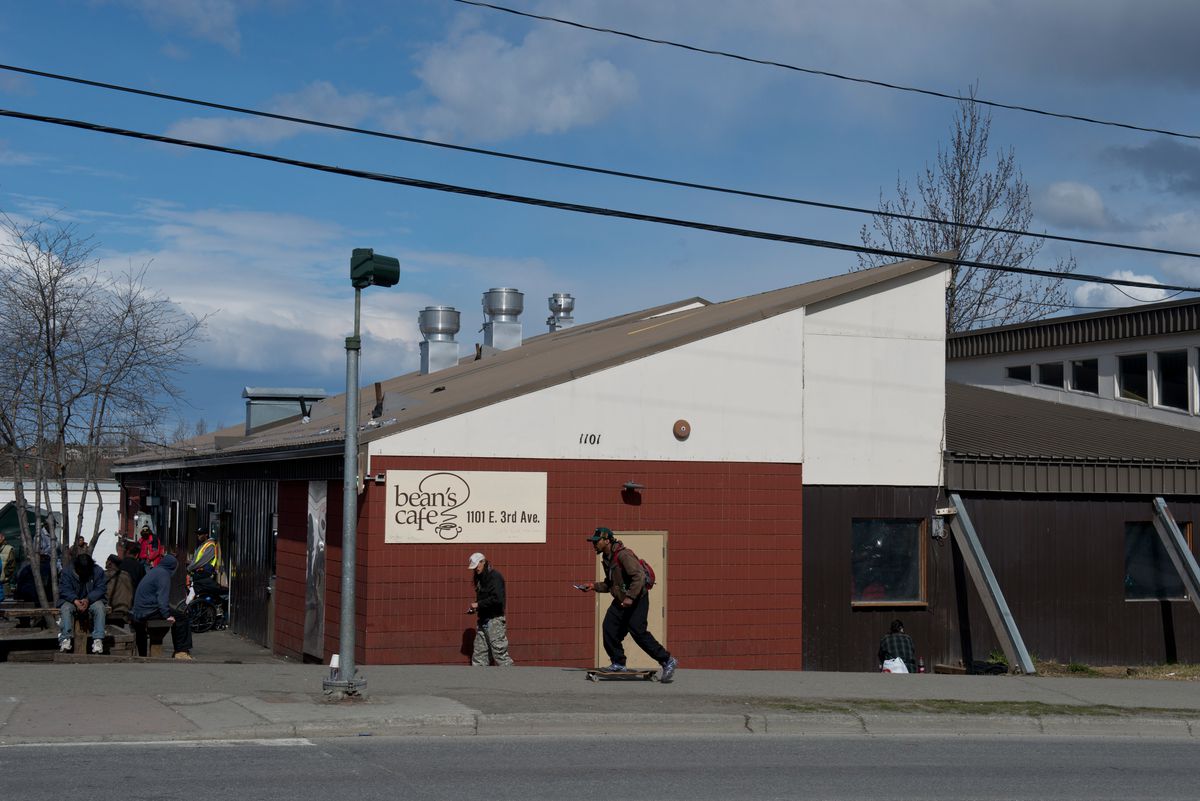 Bean's Cafe learned this week that it will not be able to offer nighttime shelter to homeless people anymore for insurance reasons, according to Lisa Sauder, the executive director.

This is hard news for homeless advocates who scramble each fall to find enough shelter beds to accommodate everyone who needs them, an effort to stem what has in some years been an epidemic number of outdoor exposure deaths over the winter.

"This is a problem we've had for many years, there just haven't been enough beds," Sauder said.

Bean's, the city's largest soup kitchen, has taken overflow from adjacent Brother Francis Shelter for many years, providing sleeping space last year for as many as 100 people nightly, Sauder said. The additional beds had been overseen by Catholic Social Services until last year when Bean's oversaw them. The idea last winter was that nobody would be turned away, she said.

"Nobody died on our watch," said Kim Kovol, Bean's deputy director. "We knew we saved lives."

But the soup kitchen was deemed too large a risk by its insurer after an incident when an injured man bled in public areas of the facility, requiring a costly clean-up, Sauder said. There were also several claims from employees who were victims of assaults, Sauder said.

"We have seen escalating problems," Sauder said. "We do everything we can to provide the safest environment possible but we are dealing with a very difficult population."

The insurer charged the shelter a penalty of close to $12,000 after the bleeding incident, Sauder said. Then it dropped Bean's altogether.

Whichever insurer Bean's finds next will likely charge more than the previous one just to operate the soup kitchen, Sauder said. That alone will put strain on the cafe's budget. It seems unlikely the organization would be able to afford the cost of insurance for overnight shelter beds, if an insurer were even willing to cover that, she said.

Donations to the cafe are down and its board is being cautious because of the recession, she said. The organization takes very little public money. Its largest funder is Tudor Bingo, but it relies most on lots of in-kind and small individual cash donations.

Bean's must focus on its central mission: targeting hunger, Sauder said. It is not really set up to be a shelter, she said. The kitchen itself will not be able to continue to operate after the beginning of the year if it does not find another insurer.

"God help us if that happens," Sauder said. "I don't think it will come to that."

The shelter is looking for new insurance with the help of a broker and the municipality, she said.

Nancy Burke, homelessness and housing coordinator for Mayor Ethan Berkowitz, said that the city is working on opening additional transitional housing space as well as some overflow shelter space to help offset the possible loss of space at Bean's.

"It's just a terrible problem we've had getting this space worked out. We're committed to not having to do this every year," she said.

The homeless count in August found 1,263 people living on the streets and in shelters in Anchorage, she said. The city has roughly 500 shelter beds without Bean's. With the closure at the soup kitchen, the city will need to find an additional 100 to 150 beds this winter, she said.