Anchorage will give a battery-powered bus a winter test run 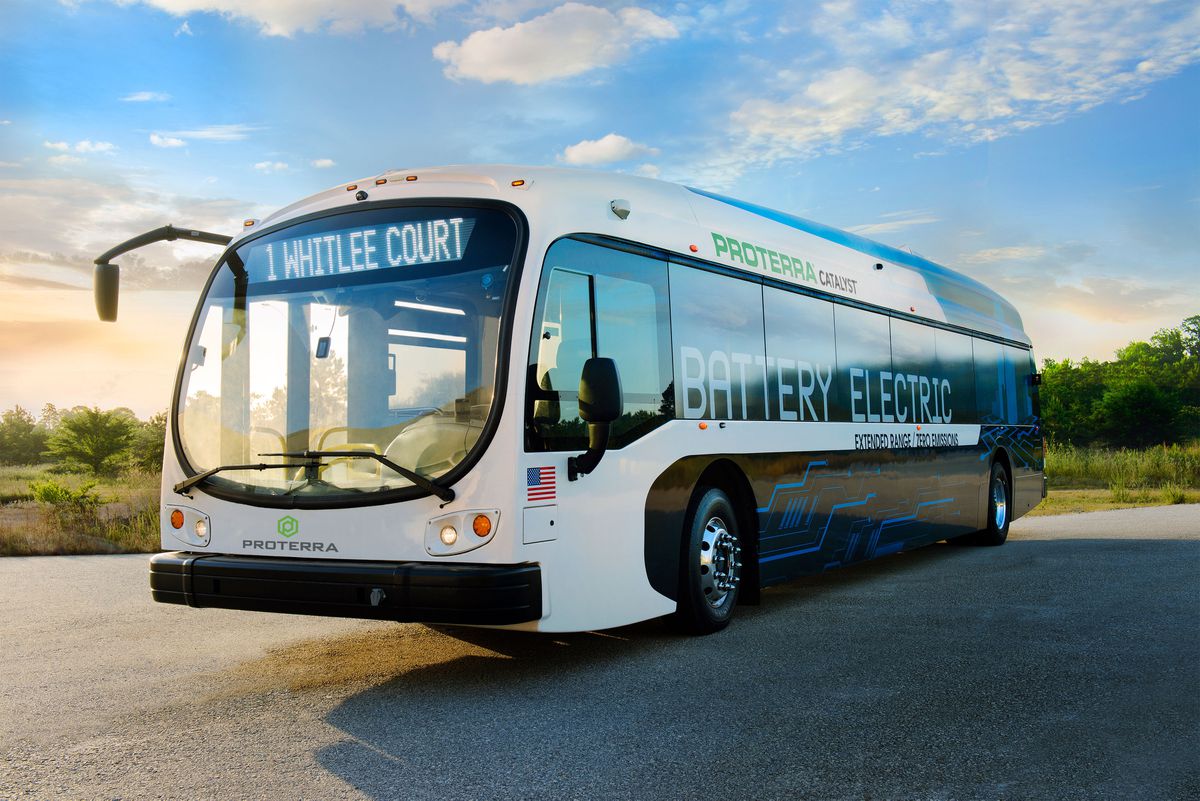 An electric bus like this one will be tested in Anchorage this winter. (Photo provided by Proterra)

An electric bus like this one will be tested in Anchorage this winter. (Photo provided by Proterra)

Anchorage plans to test its first electric bus starting in mid-December, a trial for how the technology performs in cold temperatures and a sign of efforts by Mayor Ethan Berkowitz to steer the city toward alternative and renewable energies.

City officials aren't exactly sure how well a battery-powered bus will work in Anchorage's subarctic climate. At first, the city plans to lease the bus, a far cheaper and less risky option from buying one, Berkowitz said in a phone interview Tuesday.

"We're a long ways from making a decision about purchasing any of these vehicles right now," Berkowitz said. "But we want to see if this works."

The administration has proposed a $77,000, four-month lease with a California-based company for a 40-foot electric bus, according to documents submitted to the Anchorage Assembly ahead of next Tuesday's meeting. The lease, if approved by the Assembly, would include charging equipment. Each charge would take close to eight hours, said Abul Hassan, Anchorage's transit director.

If successful, the electric bus test could pave the way for future investment in electric garbage trucks and other battery-powered municipal equipment, officials say. The city-owned trash utility, Solid Waste Services, is co-sponsoring the test run for the electric bus in hopes of learning more.

Hassan, the transit director, said Anchorage is years behind other cities in switching to battery-powered transit. Seattle recently invested in a fleet of electric buses, as well as cold-weather cities like Boston, Hassan said.

This week in Juneau, local elected officials contemplated electric buses before deciding to stick to diesel in the short term, KTOO reported.

There are open questions about how well the evolving technology would work in Alaska. Battery-powered buses still can't travel as far as natural-gas powered buses, which can go 400 miles on a single tank. The electric bus set to be tried out in Anchorage can go more than 200 miles on a charge, according to documents submitted to the Assembly.

Hassan said officials want to know whether Anchorage's harsh winter temperatures will affect the battery life. That could pose serious operational problems for the city's buses, which run on fixed routes an average of 18 hours a day.

But Hassan, Berkowitz and other officials say the savings in maintenance and fuel costs, and the environmental impact, could be significant. The shift would also fit into a broader strategy by Berkowitz and his deputies to cut energy and fuel costs, which has so far included upgrading streetlights to more energy-efficient LED lights.

Electric buses were among the recommendations in a May 2016 report called "Anchorage's Energy Landscape and Its Opportunities." The report, led by Anchorage-based energy consultant DeerStone Consulting, examined how Anchorage and its utilities could save money and energy and "mitigate climate change impacts." The Berkowitz administration initiated the report in response to low oil prices and a state economic crisis, according to the report's executive summary.

The report covered large-scale initiatives like a power pooling agreement among utilities and possible energy efficiencies in Anchorage school buildings.

In a section on electric buses, the report's authors noted an upgrade would take a "major commitment," including the installation of charging stations. Without federal transit funding, the shift could be "uneconomic," the report said.

Backed by federal money, however, an investment in 20 electric buses could be recouped in about 8 1/2 years, the report said.

At the moment, an electric bus costs about $1 million, roughly double the cost of a diesel bus, said Hassan, the transit director, though that's largely paid for by federal funding. About 54 buses run on Anchorage's routes daily, all of them diesel-powered.

Hassan called the plan to lease the bus, made by the California-based company Proterra, a "poor man's way" of researching the technology. But it's also a chance for the city's diesel mechanics  to learn the maintenance routines of an electric bus, Hassan said.

Tim Morgan, the business representative for Teamsters Local 959, the union that represents Anchorage bus drivers, said his main question would be whether the buses would work in a cold climate. But in general, electric and other alternative fuels are an improvement over diesel, Morgan said. He noted that the Anchorage School District has added natural-gas buses to its fleet.

Mark Spafford, the general manager for Solid Waste Services, the city-owned trash utility, also plans to follow the electric bus test closely. The drive train in the electric bus is very similar to what a garbage truck would be using, and there's a similar amount of starting and stopping, Spafford said.

At least one large city, Chicago, has tried out an electric garbage truck for the past few years, Spafford said. He said Anchorage could build on lessons learned there.

It wouldn't be the first foray into alternative fuels for the trash utility. Solid Waste Services began using biodiesel fuel in garbage trucks more than a year ago, and it's resulted in better gas mileage, Spafford said.