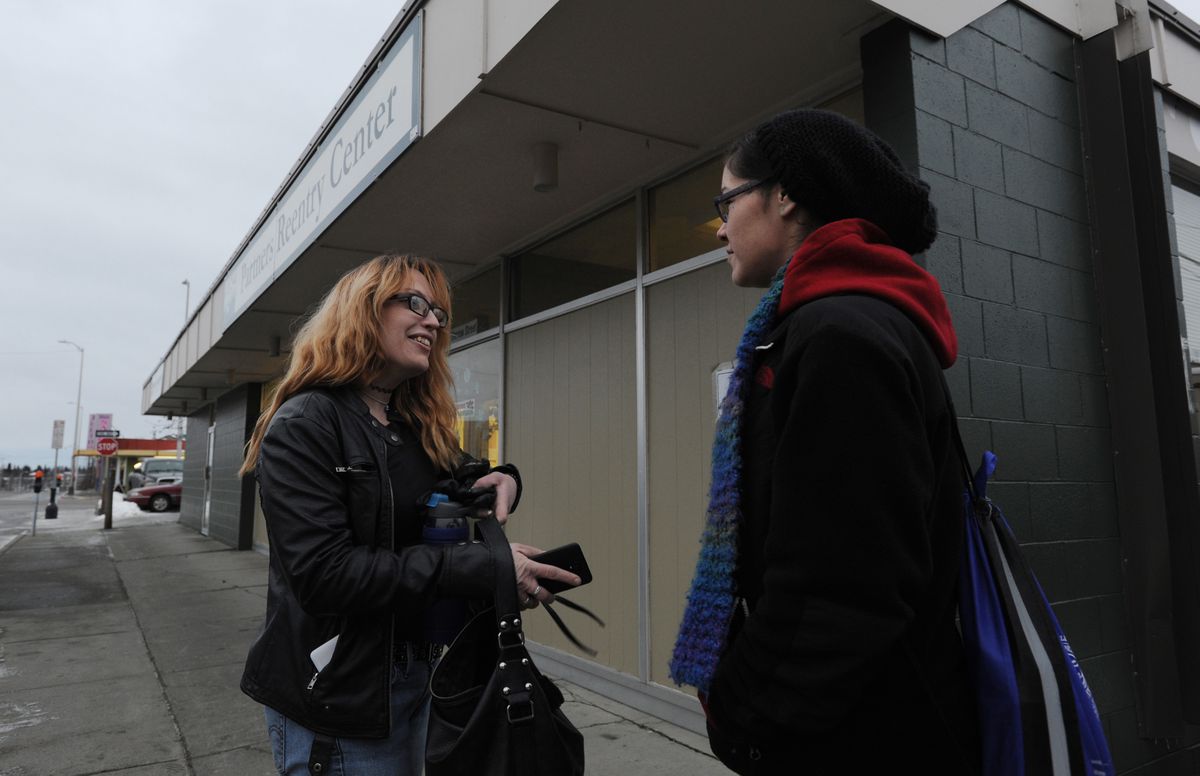 Every day, dozens of people with criminal records descend on a small office on Barrow Street in downtown Anchorage.

Some need a bus pass. Others want to hop on a computer to look for jobs.

Since the passage of Senate Bill 91 in 2016, the number of people crowding each day into the nonprofit-run Partners Reentry Center, which helps former prisoners integrate back into society, has skyrocketed. It's one of the more visible signs of the effects of Alaska's ambitious push toward criminal justice reform. The effort has touched all aspects of criminal justice in the state, including the reduced use of prison as punishment for the most common crimes.

The reentry center has so far received close to $400,000 in "reinvestment" money that would otherwise be directed to prisons, according to state health department officials.

With a boosted budget, the center recently intervened in Anchorage's overflowing emergency shelters. Staff members conducted a weeklong mass intake in November at Brother Francis Shelter and Bean's Cafe. Outside, temperatures were dropping. In the end, more than two dozen homeless people with criminal records were placed in short-term housing through the agency.

The center's director, Cathleen McLaughlin, says she's taken seriously the state's goal of reducing the state's high rate of people returning repeatedly to jail. She can find a place for every former prisoner who wants stability and jobs, she says, if they have the right attitude.

"There are a lot of empty beds in this town," McLaughlin said.

McLaughlin has also been working with the Anchorage Police Department to develop a program that could allow, for example, a person who is caught stealing to avoid criminal charges in exchange for working with the reentry program to find a job and housing. The program is in its very early stages, police officials said. Partners Reentry Center has set aside 30 beds, McLaughlin said.

The reentry center is overseen by Partners for Progress, a nonprofit founded in 1998. The organization helped Alaska District Court Judge Jim Wanamaker set up the state's first court aimed at helping people with addiction.

In 2013, the nonprofit used money from a state contract to open the reentry center. The center costs $800,000 a year to run, including the additional money from the criminal justice reform legislation, SB 91.

About 40 percent of its budget covers salaries and benefits for a staff of eight, according to McLaughlin.

Inside the front door, there's a small front seating area, several staff offices and a reception desk. To the left, there's a computer lab, which can be packed at certain parts of the day. Posters with messages about focus and drive plaster the walls.

Heather Willems made her way to the Barrow Street office from the Anchorage jail last month, after she was released from Hiland Mountain Correctional Center. She had served a month for felony assault. She got a place to stay that night.

The re-entry center has an inventory of more than 300 beds, scattered across Anchorage.

Willems, 32, was placed in a downtown inn with a roommate. Her first month was free, because she proved she was looking for jobs. She was checking in at the office two to three times a week.

By Christmas, Willems will be paying $200, or half her rent, while the agency covers the other half. That's part of the deal. Rent rises over time.

Walking out of the office, Willems proudly brandished a 30-day bus pass, a reward for sticking with the program.

She has had a positive start. But other stories end more quickly. McLaughlin and other staff members are clear: This is not an entitlement agency. No free rides.

One man last week said he couldn't abide by the rules of checking in and job-hunting. He would rather be on the street, drinking, McLaughlin said.

Even so, the center has seen a dramatic rise in foot traffic. More than 86 people now come to the office each day on average, up from 57 a day before the legislative overhaul, according to McLaughlin.

Part of the surge has to do with the center extending its reach to Anchorage's emergency homeless shelter on East Third Avenue, when the number of people seeking shelter outpaced the available space in November. McLaughlin and her staff heard about the problem and headed down.

"If you have a criminal record, come see me," McLaughlin recalled telling people.

Of about 40 people who were initially housed, 32 were still stably housed and looking for work, McLaughlin said.

A few people spent a single night in an inn. Then they never came back. Some couldn't stay sober, though the center offers to pay for a taxi to a health clinic or Alaska Native Medical Center for a shot of a medication called Vivitrol, which curbs cravings for alcohol or drugs.

Frederick Peters, 51, said he was homeless for about a month before he made his way to Partners. Court documents show he's been convicted of theft and assault. His most recent conviction was for using a credit card that wasn't his.

He said he'd been sleeping outside in his wheelchair wrapped in a blanket. Then he got tired of being cold, he said. He made his way up to the Barrow Street office. He was checking in every few days.

McLaughlin said Peters' case is a difficult one. He has been drinking, despite sobriety policies, she said. He recently made it clear he hoped to live permanently at his temporary hotel room and have the agency pay his rent, she said. McLaughlin doesn't think that will work.

Unless he goes on Vivitrol or finds some way to treat his addiction, McLaughlin said, the agency may not be able to keep housing him.

Barbara Dunham, staff attorney at the Alaska Criminal Justice Commission, said McLaughlin's agency is part of a growing web of agencies working on criminal justice reform, and early results have been encouraging.

Dunham also said no one expects a 100 percent success rate.

"Even one person who, through Partners for Progress, has been turned off the criminality, then that's one person who is not creating a victim in the future," Dunham said.