Anchorage wants to make it easier to build rooftop greenhouses 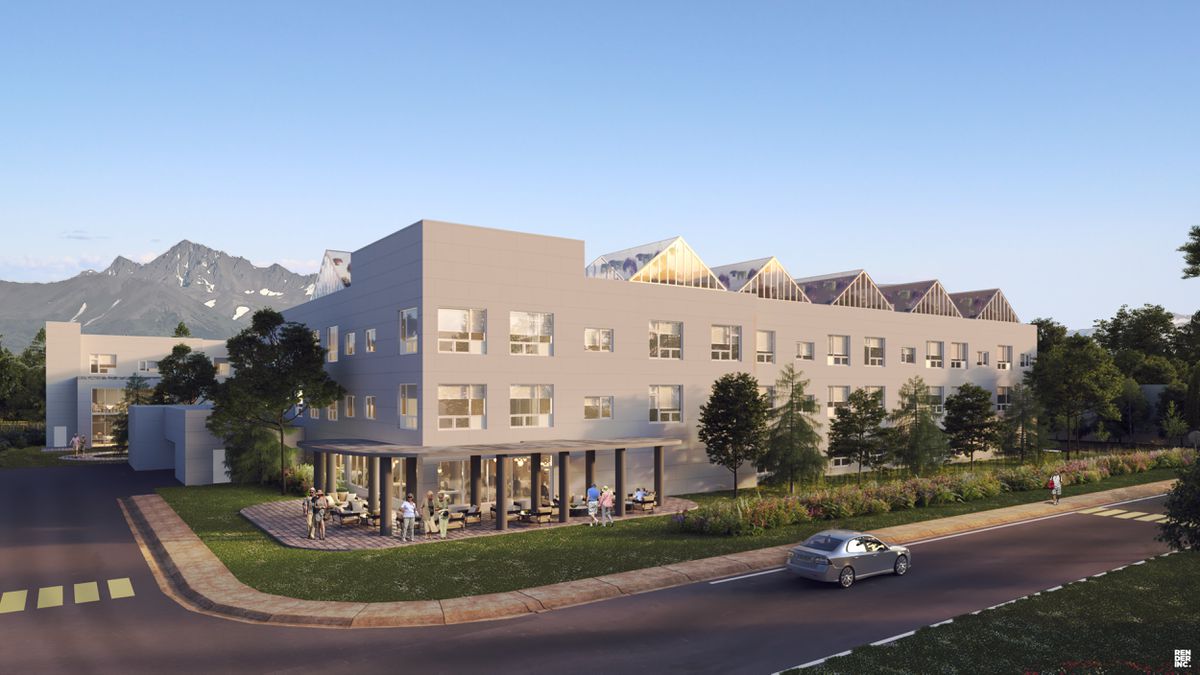 As part of plans to build senior housing in East Anchorage, the development company Baxter Senior Living wanted to give residents a place to garden — and settled on rooftop greenhouses.

But the idea ran into trouble at the city's permitting office. The greenhouses would have made the building too tall.

It was a wrinkle for a new project — but it also fed into a larger conversation in Anchorage about making it easier for people to grow and even sell their own food. Now, a few years later, there's a proposal from the administration of Mayor Ethan Berkowitz to make rooftop greenhouses easier to build.

The measure, being introduced to the Anchorage Assembly Tuesday, is one of several efforts by the city to ease regulations farmers and food advocates have called burdensome. In the past two years, the city has adopted laws that cut fees for farmers markets, eased the sale of cottage foods like bread and jam, and allowed the markets to be located on parkland.

For the greenhouses, a land use permit and inspection would be required, because of how much a greenhouse weighs and holds water. The greenhouse also can't block sunlight for neighbors between 9 a.m. and 3 p.m. in the winter.

Anchorage, like all other towns and villages in Alaska, is vulnerable to disruptions in the food supply network. The state imports nearly all of its food, mostly on container ships. A mechanical problem on a ship in Seattle can mean that milk, eggs or bananas don't make it to Anchorage shelves.

The rooftop greenhouse proposal isn't meant to fix Anchorage's supply shortage, Yelle said. He framed it as an extra way for developers to offer gardening to people who live and work in Anchorage.

J.R. Wilcox is the president of Baxter Senior Living, a senior housing facility being built in East Anchorage. The plans call for 116 apartment units for seniors, including services for residents with Alzheimer's and dementia.

The company's architect came up with the idea of putting greenhouses on the roof, Wilcox said. Renderings for the project show transparent structures with slanted tops.

"This is something really nice in assisted living, for people to be able to garden," Wilcox said.

But the greenhouse would have exceeded the height limit for the building, Wilcox said. The developers would have had to remove an entire story to make it work. After talking to the city, it turned out that changing the law itself was easier than granting an exception to the rule, Wilcox said.

Rooftop gardens are ubiquitous in New York City and other cities around the U.S. and Canada. Yelle, the Anchorage planner, said he looked at regulations in New York and Montreal while drafting the city's proposal.

"It's a very popular thing throughout the north," Wilcox said.

More than a year ago, the Alaska Food Policy Council, a nonprofit coalition that advocates for more self-reliance in statewide food production, began floating the rooftop greenhouse idea to city planners and economic development officials.

Danny Consenstein, a board member of the council, said there's a business argument for changing regulations that otherwise make it difficult to garden on a small scale.

A few months ago, the Food Policy Council and the Berkowitz administration announced "mini-grants" for local food projects. Consenstein said he's been impressed while reading through the applications. Many came from schools and involve hydroponics, the process of growing plants indoors in water, Consenstein said.

Consenstein said rooftop gardening is another piece of that puzzle.

"There are exciting, good things going on at the school level, the apartment complex level, at the community garden level," Consenstein said.

When applying for its building permit, Baxter Senior Living excluded a greenhouse from the plans.

But Wilcox said the building is months from being finished, and it's been engineered so a greenhouse can be added if the Berkowitz administration's proposal becomes law.

The Anchorage Assembly is expected to hold a hearing on the proposal on Feb. 27.