An Anchorage mayoral candidate has navigated a DUI and debt. She said it’s taught her a lot. 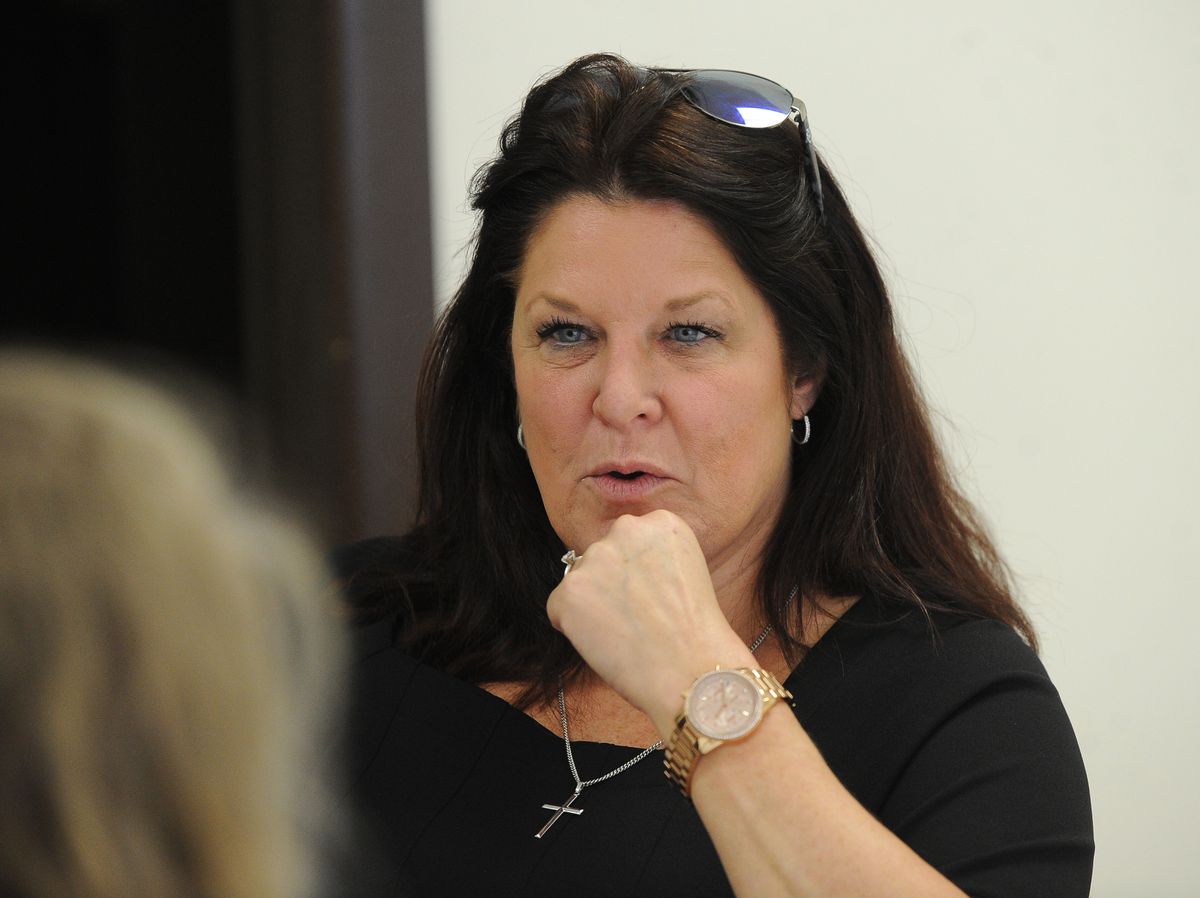 Rebecca Logan talks about her run for Mayor of Anchorage at her campaign headquarters in Anchorage on March 3, 2018. (Bob Hallinen / ADN)

Rebecca Logan talks about her run for Mayor of Anchorage at her campaign headquarters in Anchorage on March 3, 2018. (Bob Hallinen / ADN)

After her drunk driving conviction in 2010, Rebecca Logan was mortified, she said.

Logan, then 47, served five days on an ankle monitor. She lost her license and, later, had to drive a car with a breathalyzer in it at the same time her daughters were learning to drive.

She thinks that experience will make her a better mayor.

"People are interested in people who have failed and then come back from that and succeeded and learned pretty tough life lessons," Logan, the leading challenger to incumbent Mayor Ethan Berkowitz in the upcoming city election, said in a recent interview.

She's also a first-time political candidate, and her court record, first reported last month by KTVA-Channel 11, has drawn scrutiny from political opponents. In addition to a DUI conviction, records show Logan had financial problems. Three banks went to court in 2007 and 2008 to reclaim about $15,000 in debt, which Logan paid back over several years.

Logan declined to discuss specific circumstances surrounding her arrest and financial history. She said the court records are public and she does not want to be seen as making excuses. She said she's worked hard to build a successful career as a manager and has learned from her mistakes.

The Alaska Republican Party's Central Committee endorsed Logan for mayor at a meeting in December. Tuckerman Babcock, the party's chair, said he typically researches a candidate's criminal history on Courtview, though not civil. He said Logan "thoroughly explained" her drunk-driving arrest.

He called the party "rock solid" behind Logan, adding that she should be able to answer questions about her past.

In an election where the top issue is crime and punishment, Logan said she has a nuanced perspective, because she herself has been punished. She said her drunk-driving conviction convinced her of the importance of consequences for crime.

She also said her past financial problems do not reflect on her ability to manage businesses or a municipal government. She said the debt came in the aftermath of the sale of her restaurants, which all sold at a profit.

What the record does show, she said, is that she's a real person who knows what it's like not to have money to pay bills.

Logan said she borrowed $10,000 from KeyBank in 2004 to fight a lawsuit over the sale of the name of one of her businesses, O'Brady's Burgers & Brew on Dimond Boulevard.

She won the suit, but defaulted on her credit payments later that year, according to a writ of execution served by the bank.

"I just didn't have the money to make the payments," Logan said.

Logan was by then the president of the Associated Builders and Contractors of Alaska. In 2007, KeyBank obtained a court order to take a portion of her wages. Payments to the bank happened sporadically between April 2008 and October 2008 before stopping, according to a KeyBank court filing. It isn't clear why from the court record, and Logan declined to elaborate, reiterating that she did not want to make excuses.

In 2009, a civil district court judge ordered ABC of Alaska to resume the payments. Logan said she went to the association's board and asked for an advance on her salary. They generously approved, she said. She said she settled the debt and later reimbursed ABC.

She eventually paid a total of about $15,000 to three banks, including penalties and interest. The largest, with KeyBank, was settled by April 14, 2010.

Two months later, on May 22, an Anchorage police officer pulled over a Chrysler sedan that was weaving and straddling lanes on Abbott Road in South Anchorage. Logan was behind the wheel, according to a police report. A breathalyzer test found Logan had a blood alcohol level of .139, nearly twice the legal limit to drive.

Logan pleaded no contest to misdemeanor drunk-driving and served five days on an electronic ankle monitor. She was also ordered to participate in a remedial program called the Alcohol Safety Action Program, known as ASAP. She said she still has the paperwork from the program.

Logan declined to say where she was drinking or the circumstances surrounding it. She said she still drinks, but has a plan in place so she won't drink and drive again.

She said the experience made her believe strongly that crimes should come with consequences.

"It made me never want to have that happen again," Logan said. "You did something, there was a penalty."

Before she announced her candidacy in September, Logan said she sat down with her family and talked extensively about her court record. She said she knew the details would come out eventually. The discussion revolved around whether she could still run for mayor, and if her family would support it.

She said she and her family decided it was important to run. She said she had already accepted the responsibility for what she'd done in the past.

"I knew it was all going to come out, but I still decided to run," Logan said. "I have the skills the city needs right now. I don't like the direction we're going."