For longtime voters in Anchorage’s first mail election, some unease with change 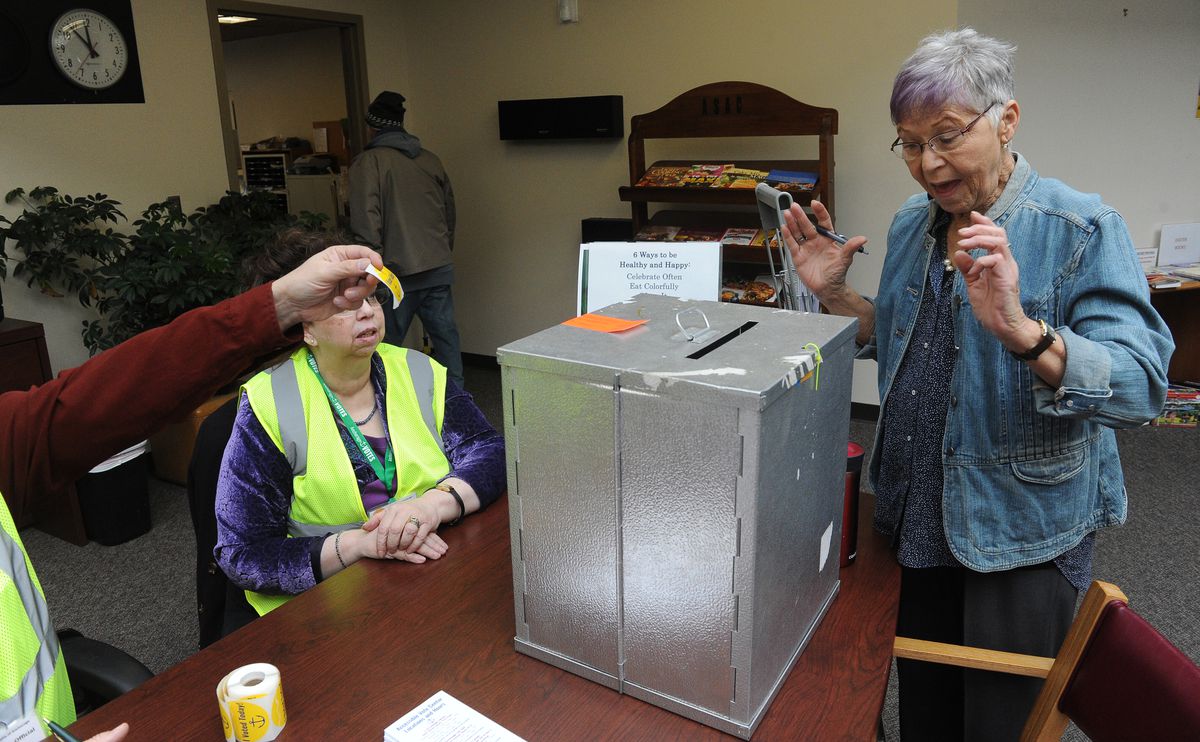 Late Wednesday morning, Rose Stasco walked up to a table near the front door of the Anchorage Senior Center, where two election workers sat near a big, metal ballot box.

Stasco, a retired social worker, has lived in Anchorage since 1969. She comes to the Fairview senior center three times a week for activities. But this time, Stasco brought her ballot in the Anchorage city election with her.

Anchorage is holding its first-ever mail-ballot election, doing away with the neighborhood precincts that used to pop up on Election Day, and changing the way many longtime voters are used to voting.

Starting Monday, paid election workers have been staffing shifts at the Anchorage Senior Center, the Anchorage Pioneer Home and the Chugiak-Eagle River Senior Center to help seniors like Stasco, leading up to April 3, which is the last day to postmark or drop off a ballot.

[Learn more: A overview of what's on the Anchorage ballot]

Stasco opened her ballot and spread it all out in front of Dean Cox, one of the election workers.

"And you're going to let us drop our ballots there?" She motioned to a giant metal box sitting on the table. Cox nodded. He showed her the boundaries of Proposition 12, which deals with annexing part of Eagle River Valley into the city's fire service area.

Stasco said she doesn't think she's a fan of voting by mail. Some people really like detail, but she's a big-picture person, she said. She didn't like getting all this material in the mail.

She had worked elections in the past, at precincts in schools. There was something nice about Election Day and local people coming in, she said.

But, she added: "If you voted a certain way for years and years, some people have a hard time changing."

How was your vote-by-mail experience? Email reporter Devin Kelly at dkelly@adn.com.