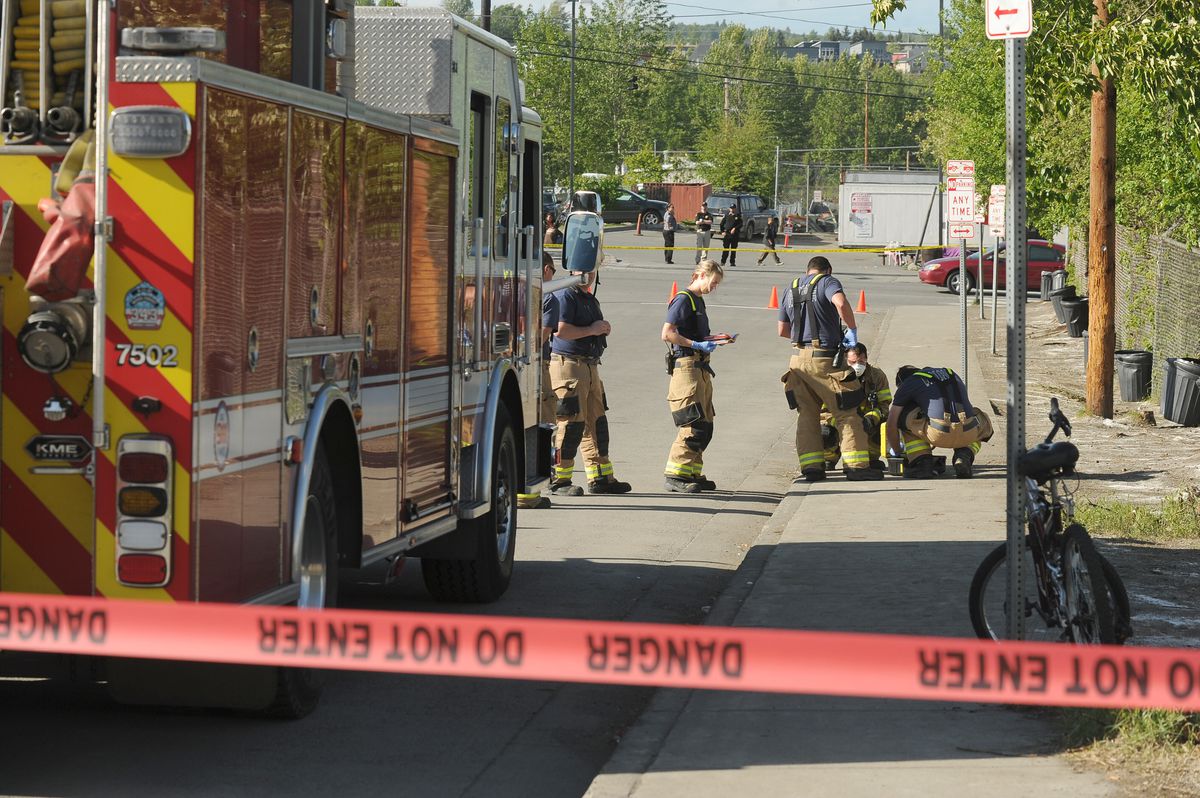 White powder left sprinkled in dirt lining the sidewalk near an Anchorage homeless shelter is swimming pool chlorine, according to a man who said he left it there, as a hazardous materials team investigated the substance Thursday evening.

Ron Alleva, an auctioneer who has waged a long campaign against the homeless shelter and soup kitchen that operate next to his business in the Ship Creek area, told an ADN reporter at the scene that he had spread the powder on the sidewalk. He said that the substance is swimming pool chlorine and that he had permission from the Municipality of Anchorage to put it there.

"There was not permission by the municipality," said Nancy Burke, housing and homeless services coordinator with the Anchorage mayor's office, adding that granting such a permission would be "extremely unusual."

"We were really appreciative that they came down yesterday," Sauder said Thursday.

Sauder said the chemical was not spread by the municipality. There was no notice or signs for it.

"People were not informed of it, were not aware of it, and now it's a problem … you have to let people know if you apply chemicals that could be harmful," Sauder said.

Darl Schaaf owns the property where the powder was sprinkled. He said that on Wednesday, the municipality had cleaned up tents and trash that lined the street. He said he had assumed that the powder was a "final step to cleanse the area" but didn't know more than that.

Janette Hicks told an ADN reporter at the scene that her husband, Nathaniel Hicks, had fallen asleep on the sidewalk and had woken up with the white substance all over him. His Carhartt jacket had burn holes in it, Hicks said. She began shouting for someone to call an ambulance. When emergency responders arrived, they rubbed Hicks down with some kind of wipe and took him away in an ambulance, she said. The fire department couldn't confirm Hicks' account.

The Anchorage Police Department said officers were heading to the scene around 6:40 p.m.

Crews were testing the powder Thursday evening, assistant fire chief Scheunemann said. Once that's done, they'll be able to determine the best way to clean it up.