Paradise Inn’s iconic palm tree sign is up for auction 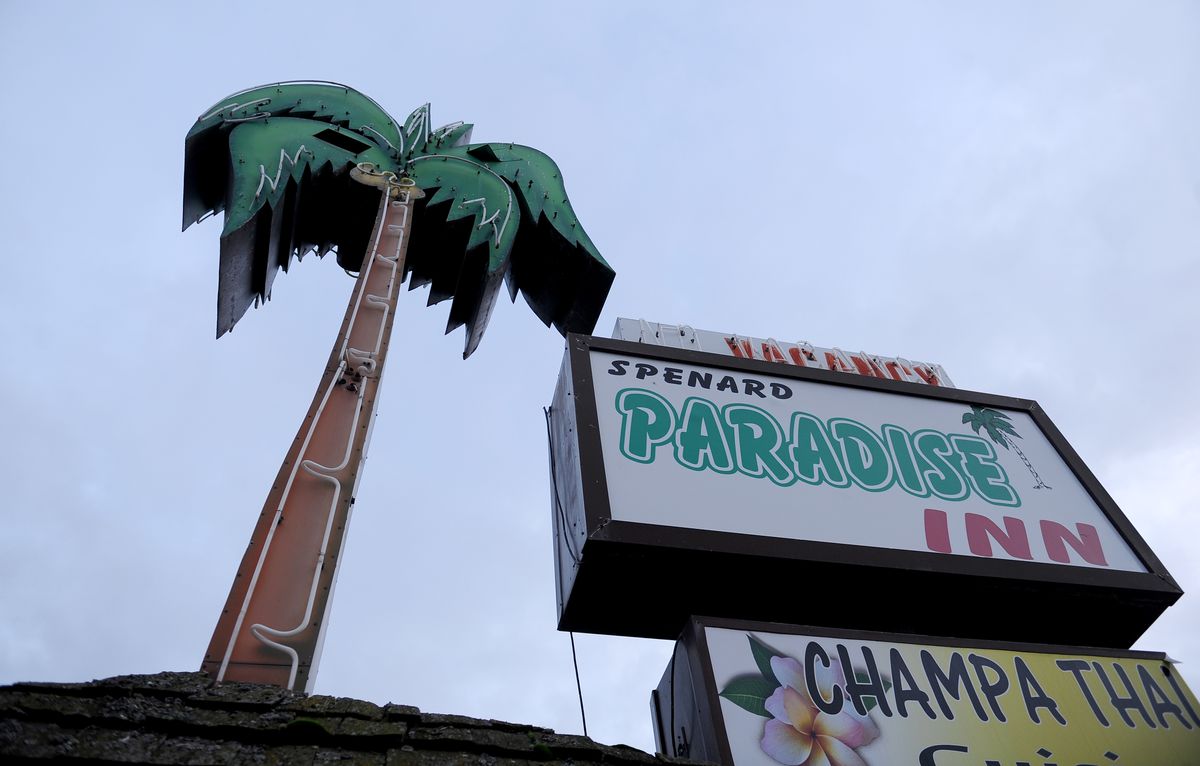 The neon palm tree at its former home in front of the Paradise Inn in September 2017. (Bob Hallinen / ADN archive)

The neon palm tree at its former home in front of the Paradise Inn in September 2017. (Bob Hallinen / ADN archive)

An old neon palm tree that was once a Spenard landmark is now up for auction.

The sign –– a 22-foot-tall, 7-foot-wide, double-sided neon palm tree — was a fixture outside the Paradise Inn on Spenard Road near West 30th Avenue. The sign became enmeshed in federal court filings after a garbage disposal company contracted to clean up the inn ended up keeping the sign and storing it in an "undisclosed location." The company was later ordered by a judge to return the sign to the federal government, which planned to auction it off.

The neon sign doesn't light up. In March, an appraiser of antiques and collectibles estimated it could probably sell for $350 to $500.

Gaston & Sheehan Auctioneers, which is selling the sign for the federal government, is betting higher.

The starting bid is listed at $4,500. As of Saturday afternoon, no one had bid on the sign. Bidding ends July 3.

The government claimed ownership of the Paradise Inn last year after the previous owner was sentenced to prison for selling a bag of meth. The inn was built in 1962, and it was a popular spot in Anchorage at a time when there were far fewer hotel beds for tourists.

But over the decades, the inn became a haven for drug abuse and sex trafficking, police said, and neighbors tried to get it shut down for decades.