Readers had lots of questions about airplane noise from the airport’s runway closure. Here are some answers. 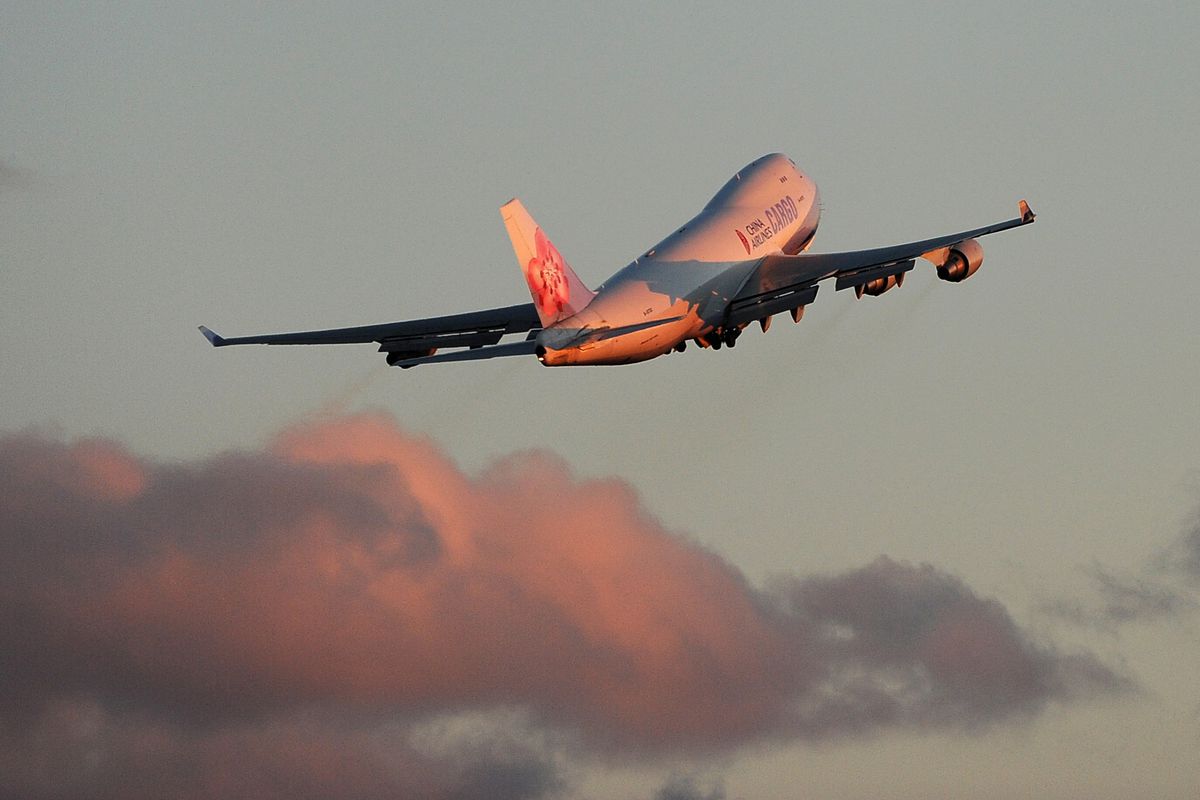 A China Airlines cargo jet takes off from Ted Stevens International Airport as the setting sun lights up the clouds on Friday, Oct. 27, 2017. (Bob Hallinen / ADN)

A China Airlines cargo jet takes off from Ted Stevens International Airport as the setting sun lights up the clouds on Friday, Oct. 27, 2017. (Bob Hallinen / ADN)

Our story on noise generated by jets taking off over Anchorage's usually quieter skies during closure of the Ted Stevens Anchorage International Airport's north-south runway generated a lot of questions from readers. Here are some questions and answers from the airport's manager:

When will the noise improve?

The north-south runway is open as of Tuesday, a day earlier than expected. But it is shortened during the ongoing construction, so some passenger flights will be able to use it while larger cargo jets probably won't, said airport manager Jim Szczesniak. The runway is expected to stay open for the duration of this year's construction season. But next year, it will be closed from May to October.

Why can't the jets land over the city and take off over the water instead of the other way around?

"It's because of the mountains," said Szczesniak. An approach over water is preferable to one over the Chugach Mountains, he said. The over-the-water approach helps to maintain a steady, safe flow of landings, he said.

"In order to do an efficient air-traffic flow, you need to have an established approach," he said.

Why doesn't the airport have a curfew to keep planes from taking off late at night and early in the morning?

Some U.S. airports do enforce curfews, according to the Portland State University research site on airplane noise, NoiseQuest. But most are voluntary and depend on "local needs," according to PSU.

[For some in Anchorage, it's been the summer of airplane noise. But just wait until next year.]

In Anchorage, nighttime flights are an important part of what makes the airport competitive for business and adds billions to the economy, Szczesniak said.

Many red-eye passenger flights — bunched around midnight — are the ones carrying tourists spending money in the state to and from Alaska, he said.

"Shutting down the airport at night is not possible," he said.

Is the airport doing anything to keep the noise down at night?

Pilots taking off at night are supposed to follow a "noise mitigation" procedure. Pilots are reminded to lessen noise during nighttime departures by reducing the thrust of the engine after climbing to lessen noise, Szczesniak said. "Then as they get a little higher they go back to full power."

Did the airport pay for soundproofing the homes of people living close to it?

In 2002 and 2003 the Federal Aviation Administration and airport teamed up to insulate some homes close to the airport against aircraft sound, installing insulation and replacing windows and doors, according to Szczesniak and news reports from the time. The project was supposed to pay for soundproofing at 650 homes over 10 years and cost about $15 million, paid for mostly by the FAA.

The project is over and funding has long since been used. Homes impacted by temporary noise caused by jet rerouting during construction wouldn't be eligible anyway, Szczesniak said.

Has Anchorage been through this before?

Yes. The airport rebuilt the north-south runway in 2003, necessitating a summer-long closure. "This is ridiculous. We can't even eat dinner outside. You can't talk. I'm very upset," said one caller to the airport's noise hotline at the time, according to a Daily News story. These days, the noise hotline is a spot on the north-south runway project's website where people can submit comments.

About 30 people a day were complaining at the beginning of the project, said airport spokeswoman Trudy Wassel. The complaints have since gone down.