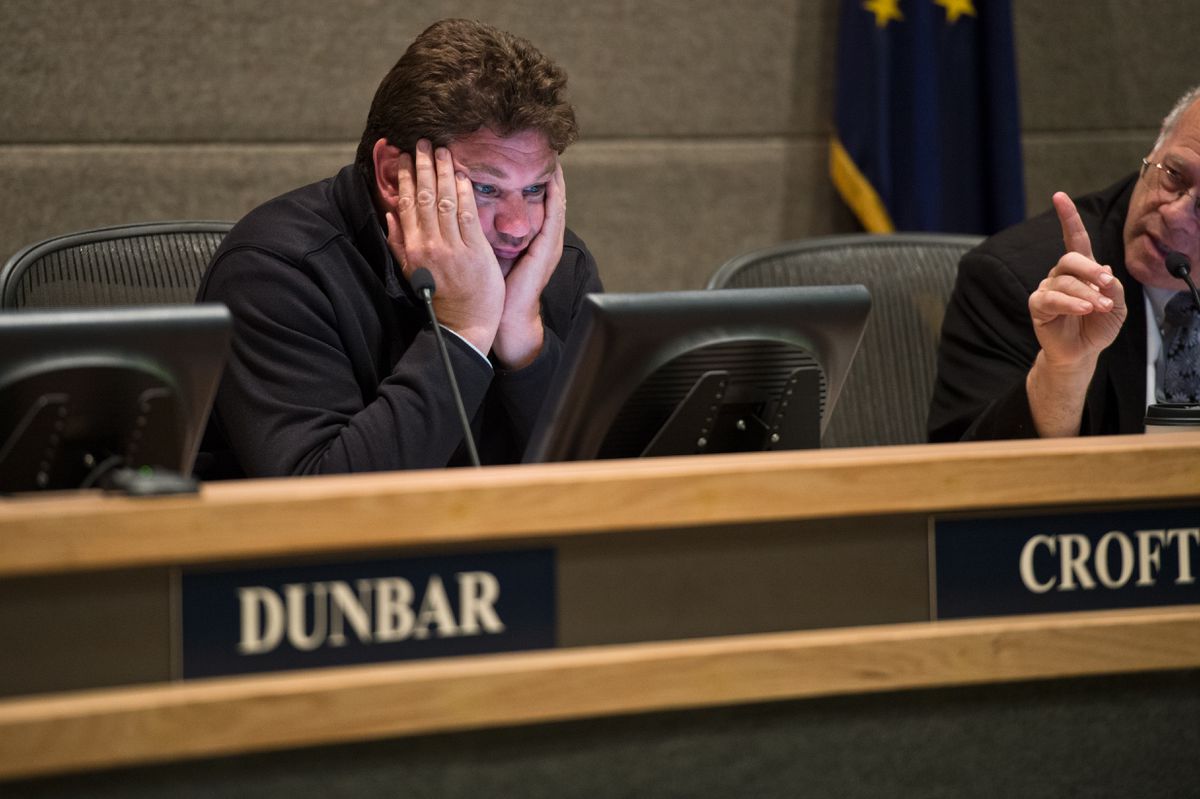 Perman's appointment comes about a month after Tim Steele resigned for health reasons. Steele's long-term replacement will be elected Aug. 7, and Assembly members said they didn't want to leave the seat empty in the meantime.

But in a special meeting Tuesday night, the Assembly, down to 10 members, deadlocked in three consecutive votes on picking a temporary representative. Assembly members couldn't decide between Perman, a former aide to Assemblyman Ernie Hall, and Jim Kubitz, an Alaska Railroad executive who served on the Assembly in the late 1980s and early 1990s.

There was talk of a coin toss. Then Dean Gates, the Assembly legal counsel, spoke up to say the voting had to continue until either Perman or Kubitz won a majority of votes.

After each 5-5 vote, Assembly members debated, trying to politely convince one another. Amy Demboski called up Perman and Kubitz to ask questions about land use and taxation.

Then Kubitz came to the lectern. He asked Assembly members to support Perman, whom he called "one of my best friends."

"He'd represent the district well," Kubitz told the Assembly. "You guys don't have to keep doing this."

After that, Perman won the appointment easily. He took the oath of office, walked up to the dais and took a seat.

Perman will serve three meetings, starting next Tuesday. In an interview after the meeting, Perman said that while time is short, he has some ideas.

He said he hopes to work on an ordinance that could lessen the number of police calls needed to trigger fines for the owners of what he called "drug or problem houses," which he said was a growing issue in the city.

Perman will also likely participate in debates about whether Anchorage should ban plastic shopping bags in the coming weeks.