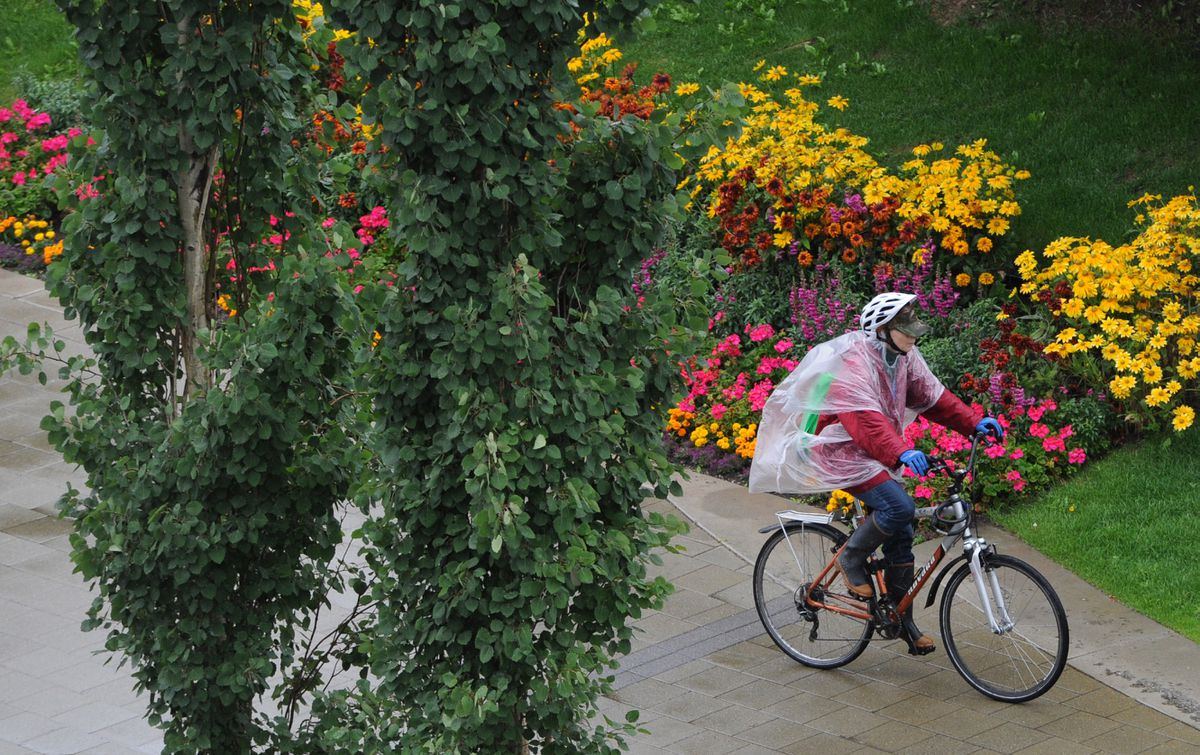 Flowerbeds, hanging flower baskets in downtown Anchorage and public greenhouses are on the chopping block in next year’s city budget as some Assembly members look for money to quickly clean up illegal camps or pay for safety improvements at The Dome, the inflated indoor sports facility.

The suggestions come several weeks after Mayor Ethan Berkowitz unveiled his 2019 budget. The city faces a projected $3.2 million deficit. Berkowitz proposed a number of cuts, including fire department apparatus out of commission.

Elected officials are now proposing their own ideas for cuts and spending. Many never make it into the budget. But the ideas tend to reflect broader struggles over priorities. Some, for example, want to cut from libraries or snowplowing to keep the fire department’s budget intact.

This year, an unusual number of proposals take aim at the city’s flower and horticultural budget, which includes the city’s public greenhouse programs.

Assemblyman John Weddleton of South Anchorage wants to cut the city’s entire $1.7 million horticultural budget. He said that money should be spent on clearing out illegal encampments in Anchorage parks and greenbelts, as well as more homeless shelter beds.

City officials say winter clean-ups are difficult, slower and less safe because of ice and snow. But Weddleton’s request falls in line with the demands of a coalition of neighbors and business owners who live near the city’s trail system and homeless shelter. Weddleton said the cut to the city beautification program wouldn’t be permanent.

“We’ll win, eventually, and we’ll get the flowers back to celebrate, three or four years down the road,” Weddleton said Friday.

Another Assemblyman, Felix Rivera, suggested a broader $420,000 cut from the city parks budget, including horticulture. He wants to direct the money to more homeless camp outreach. He also suggested the city needs more money to store the belongings of people in camps, which allows quicker clean-ups.

Doing away with city-maintained flowers is an idea that has gained more traction since Assemblyman Fred Dyson, who represents Chugiak-Eagle River, unsuccessfully broached it in 2017.

For his part, Dyson is proposing this year to cut 90 percent of the city’s nearly $800,000 horticulture budget for downtown.

Roughly one-third of that money would go to The Dome, the inflatable sports that spectacularly collapsed in a snowstorm in 2017, under Dyson’s proposal.

The Dome, which is owned by a private nonprofit, reopened earlier this year. Officials touted a spate of new safety features, including laser monitoring, alarms and backup inflationary systems and fans.

Dyson says those improvements don’t go far enough. He thinks the facility needs structural supports around the perimeter of The Dome. Those supports, recommended by a forensic analysis after the collapse, would keep emergency exits open and keep the structure aloft if the roof ever tore open, Dyson said.

Dyson suggested the city could front the money and be repaid over time, or effectively pay the bill through rental fees.

The city’s acting building official, Ross Noffsinger, said officials conducted rigorous inspections before declaring the structure safe to open. City code doesn’t require what Dyson is suggesting, Noffsinger said. He indicated that in the event The Dome’s inflated fabric ripped open, those supports would indeed keep the collapsing fabric away from emergency exits.

“It would add a level of safety to the building that it doesn’t currently have,” Noffsinger said. “You could debate all day and night whether or not that’s needed.”

Noffsinger said he has no qualms about allowing his twin 14-year-old daughters to participate in events in The Dome.

With the rest of the horticulture budget, Dyson said the city would have enough money to help police process rape kits more quickly and buy surveillance cameras that can be placed in “high-priority locations” in Anchorage to help solve crimes.

Midtown Assemblyman Dick Traini is advocating to ax the downtown flower budget too but didn’t suggest another place for it.

The city’s horticulture supervisor, Sandy Potvin, said she only learned of the proposals Friday morning. The largest cut would eliminate five full-time jobs and 30 seasonal employees, including her own, she said.

Visitors to Anchorage would no longer see flowers in Town Square Park or baskets of blue lobelias hanging downtown, she said.

She also said the cut would destroy the city’s decades-old greenhouses, which are open to the public year-round. Because of their age, the heat can’t be turned off for long periods of time, she said.

“Once the facility is mothballed, it’s done," she said.

Berkowitz also said he opposed the cuts. Horticulture employees do more than just plant flowers, he said. He said the workers help trim trees and pick up used needles in parks.

Downtown beautification efforts date back to the 1990s and the administration of Mayor Rick Mystrom. Mystrom famously envisioned transforming Anchorage into a “city of lights and flowers.”

Constant, who represents downtown, called the suggestion to cut the downtown flower budget a “terrible idea.”

“If we get rid of our beauty....then we’re lost, we’ve given up," Constant said.

Constant also maintained the cut was symbolic. He said it’s the latest in what he sees as a long line of sacrificing the downtown core of the city to a host of urban problems.

“Everyone is happy to solve their problems using downtown,” Constant said.

Dyson said in his proposal the city could work out agreements with volunteers and downtown businesses to maintain the flowers.

Weddleton said he loves the flowers. He said it’s not picking on downtown.

But most of the city’s homeless problems are concentrated there, Weddleton said.

The Assembly is scheduled to debate the budget at its Tuesday night meeting at the Loussac Library.