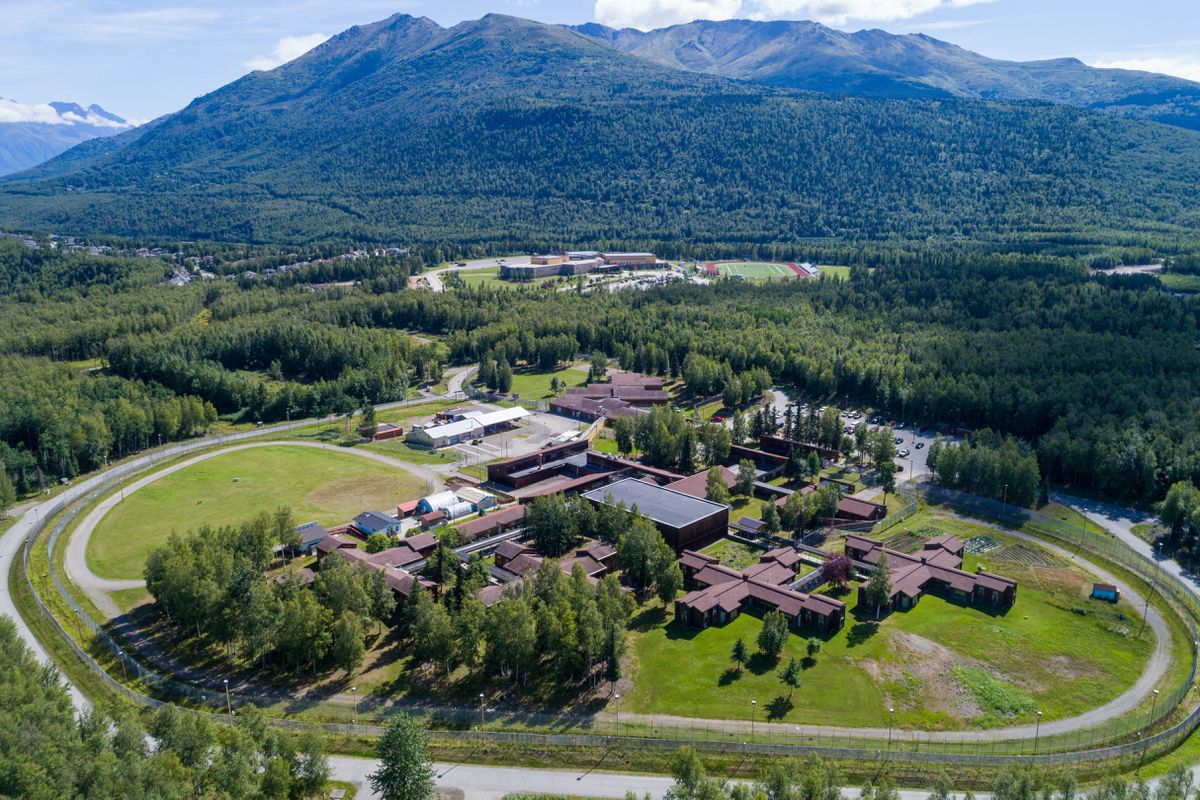 Male inmates enrolled in a successful faith-based program intended to reduce recidivism have been moved from Hiland Mountain Correctional Center to the Anchorage Correctional Complex in what state officials say is a plan to increase programs for female inmates at the women’s prison.

“Hiland Superintendent Gloria Johnson will now begin to look at reinstating the programs lost when the men moved into Hiland -- this includes TLC for women,” Dahlstrom wrote in an email.

The men in TLC, the Transformational Living Community, were moved to Hiland in 2017 after the program went temporarily homeless with the closure of the Palmer Correctional Center in 2016. TLC is a 12- to 18-month program “focusing on the issues of addiction and life controlling problems that lead to criminal behavior,” according to Alaska Correctional Ministries, which operates the program.

The program has had good success, according to the DOC and Alaska Correctional Ministries, who tout a three-year recidivism rate of about one-third of graduates. That compares to about two-thirds of all inmates who return to jail within three years of release.

“I made my decision based on the population there and the numbers of people we could help with the TLC program,” she said.

Dahlstrom said she supports the TLC program for both men and women, and argued the move will free space and resources for all inmates -- male and female.

“This is an effective program and one that I want offered to more offenders than less,” she wrote. “By making this move, both the men and the women will have the opportunity to take part in this faith-based program.”

While women at Hiland have been participating in the TLC program for a decade, Dahlstrom said in a follow-up conversation that the men’s program reduced the programming for women and caused the closure of a residential treatment house at the prison.

“It is not the full, 18-month, structured program,” she said.

But Alaska Correctional Ministries executive director Sam Humphreys said the women’s program at Hiland was not disrupted by the arrival of the men at Hiland. The only thing that changed, he said, was the women were moved to another part of the facility to accommodate the men.

“It was affected only in the sense they had to find another space,” he said.

The inclusion of men in the formerly all-women prison caused consternation in Eagle River. The South Fork Community Council protested the move due to perceived security concerns and a lack of public input.

State Sen. Lora Reinbold, R-Eagle River, said she opposed the inclusion of men at Hiland and said she’s grateful they have been transferred.

“I am very thankful the commissioner is listening to the community,” Reinbold said.

Reinbold said she was irritated the community was not involved in the move, and she was concerned the men’s TLC program was compromising programs for women.

“It’s very frustrating to me that they did not come and vet it,” said Reinbold, who ran for Senate on a tough-on-crime platform and staunch opposition to the state’s SB 91 crime reform bill. “At a minimum they should have talked to the community council.”

Dahlstrom said she did not consult Reinbold about the program before making the decision to move the prisoners. However, she did acknowledge “there’s issues when you have men and women in the same facilities.”

Humphreys said the men in the TLC program had no contact with the female inmates. He said anyone in the program caught even looking in the direction of the women’s part of the prison faced severe consequences that could include expulsion from the program.

“We don’t tolerate that,” said Humphreys, who said the program paid $18,000 to have additional razor wire installed at Hiland when the men were moved there.

He said he’s frustrated with a public perception about the program’s move to Hiland that’s not accurate.

“Nobody checked, nobody came and said, 'Hey i’d like to see what’s going on up there,’ ” he said.

He said the $264,000 annual cost to fund the program is covered by Alaska Correctional Ministries mainly through grants from the Southcentral Foundation. With its low cost to the state and better-than-average results, Humphreys said he’s baffled why anyone would do something that could jeopardize the program.

Humphreys said critics of the program’s move to Hiland didn’t take the time to learn about it.

Humphreys said he wants to work with the state to find a way to keep the program going. He said the Anchorage jail — which houses a mix of unsentenced inmates awaiting trial or transfer to other facilities — isn’t the right fit for the program’s 37 inmates, who are kept separate from the general population.

“For a temporary fix to be at ACC, we can do that,” he said. “But it would die right on the vine if I told the guys this is going to be our permanent home.”

Humphreys said his preferred solution — if the men can’t return to Hiland — would be to reopen the Palmer Correctional Center, where the program was previously housed.

Dahlstrom said there could be other options for the TLC program and that the move to the Anchorage jail is not set in stone.

“I’m still looking at that and assessing,” said Dahlstrom, who called TLC “an incredible program.”

The bottom line, she said, is the move will allow for more and better treatment for the roughly 300 women living at the state’s only all-female correctional facility.

“There’s several programs I want to bring back for the women,” she said.

The move is the second major shakeup since Dahlstrom took over as commissioner in December after deciding not to take the Alaska House seat she was elected to in November. Earlier this month, Dahlstrom eliminated prisoner day passes and ended a program that allowed for the use of so-called amnesty boxes, in which inmates could deposit contraband items without consequence.

On Tuesday, Alaska Gov. Mike Dunleavy declared a “war on criminals” during his annual State of the State address.

“If you are a criminal, this is going to be a very dangerous place for you, starting now,” Dunleavy said. “I strongly suggest you get out while you can. No more coddling, no more excuses. Your days are over.”