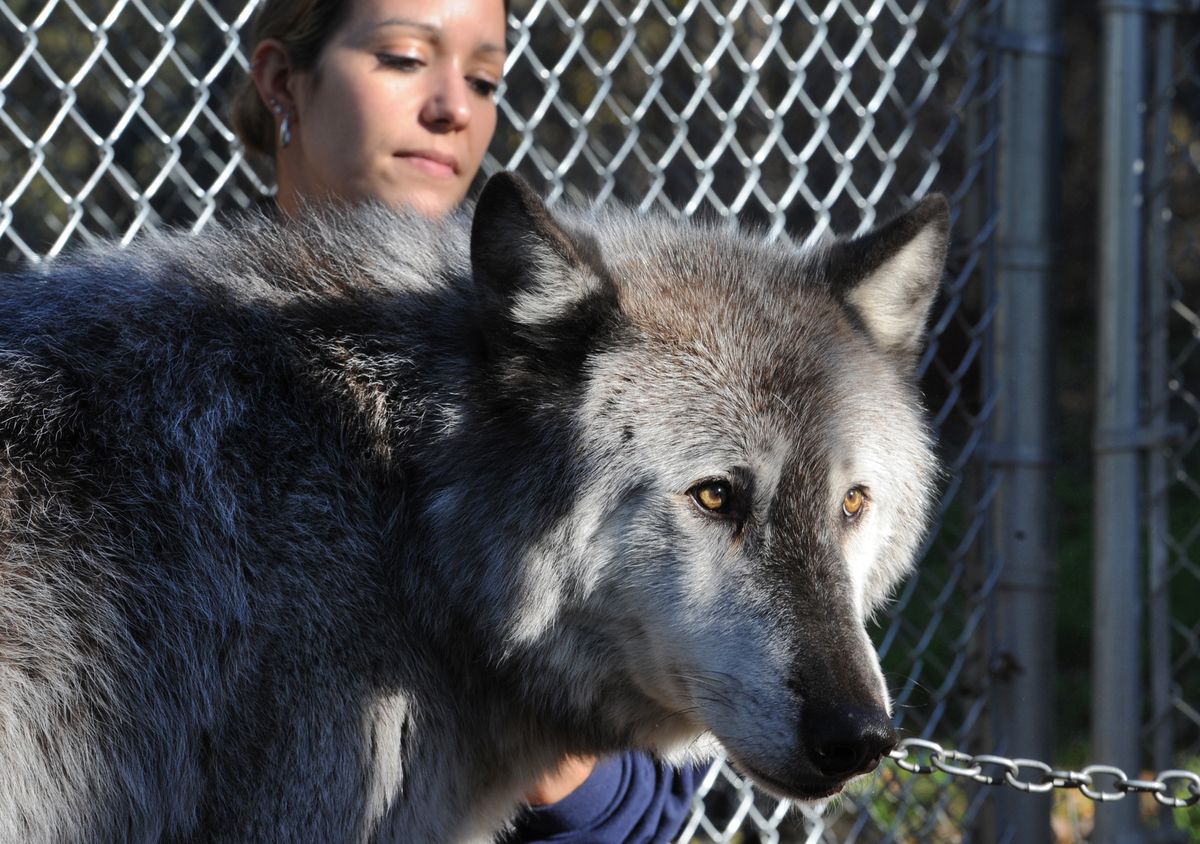 Denali had been a fan favorite at the zoo since his adoption in 2006. He and five siblings were 2 weeks old when they arrived, having been taken from a region where the Alaska Department of Fish and Game was trying to increase moose and caribou populations.

“The staff fell in love with them right off the bat,” said Patrick Lampi, the zoo’s executive director.

A necropsy revealed that 13-year-old Denali died from bloat resulting from gastric torsion, a condition that causes the stomach to twist on itself. Denali hadn’t shown any signs of illness in the days leading up to his death, zoo staff said — the condition can strike suddenly.

Lampi said Denali, whom he called a lovable and outgoing “ham,” was central to the zoo’s conservation and education efforts. Thousands of visitors were able to learn about gray wolves from him, he said.

Staff members who would take him for daily walks were sometimes accompanied by zoo guests, Lampi said, and Denali would eagerly throw himself on his back to accept belly rubs from them.

“He was a beautiful, outstanding animal,” he said.

Wolves typically live between 6 and 9 years in the wild, Lampi said. The longest a wolf has lived at the Alaska Zoo was 19 years. Lampi called 13 a “respectable age.”

Four wolves survive from the original litter — one male and three females. In the absence of the group’s leader, Lampi said, he expects Denali’s brother, Nicolai, to take on the role of leader.

The group has been acting “differently” since Denali’s death, he said.

“They definitely know when one of their group is gone."