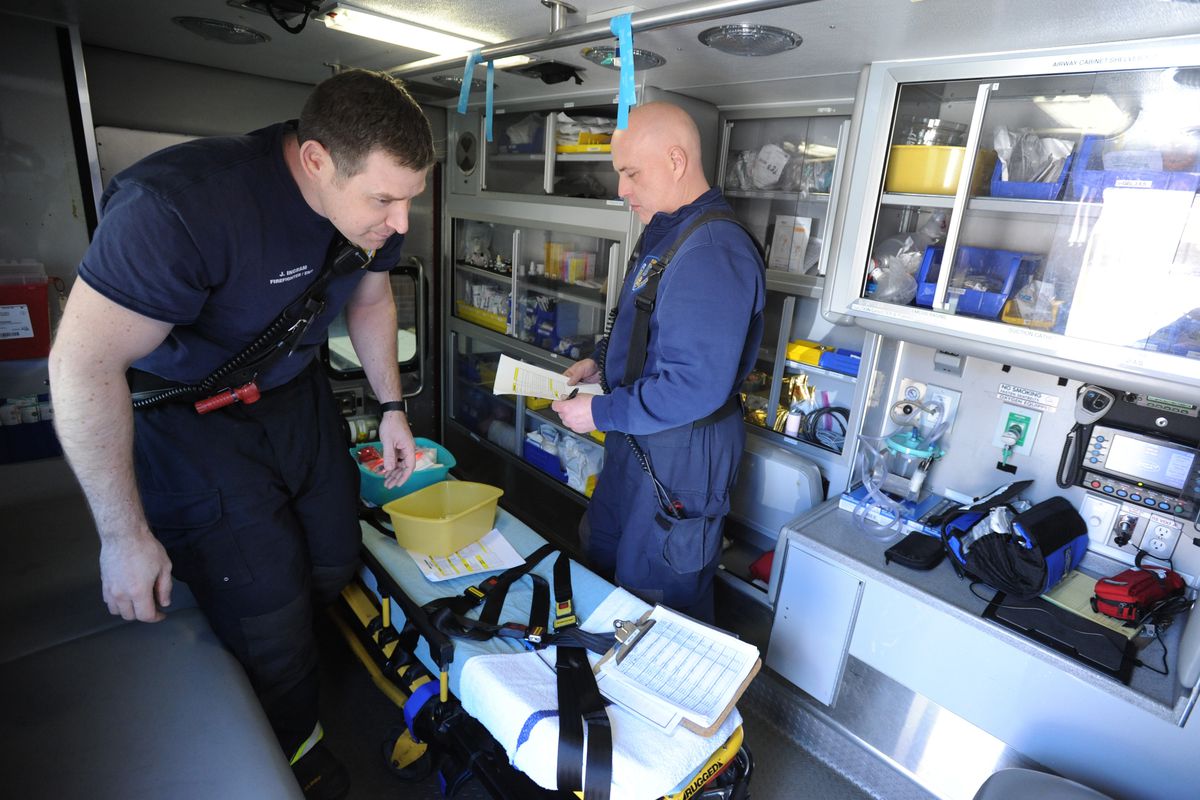 In a quiet but dramatic change, the Anchorage Fire Department plans to shift staffing next month to adapt to an ever-rising demand for emergency medical responses.

Managers recently reached an agreement with the city fire union, International Association of Fire Fighters Local 1264, to switch up staffing on fire rigs and ambulances. Starting in early April, two additional ambulances will be on Anchorage streets, growing the fleet from 11 to 13.

“But since the mid-'70s, 70-80 percent of our work has been emergency medical,” Hettrick said.

The fire department responded to about 785 fire-related calls in 2017. That number hasn’t changed much from year to year in the past decade, according to city manager Bill Falsey.

In contrast, fire crews and paramedics responded to 24,952 emergency medical calls in 2017. The number of patient transports has grown dramatically in the past decade, rising 37 percent since 2010. Officials suspect an aging population, a lack of social services and mental health treatment, and the possible toll of an economic recession may be factors driving the increase, Hettrick said.

The union contract change, approved Friday by the Anchorage Assembly, allows the city to shift some people from fire rigs to two additional ambulances, documents show.

“We’re not reducing the safety or the number of people,” Hettrick said. “We’re just changing how many apparatus we send to the scene.”

The ambulances are being pulled from the city’s reserve fleet, Hettrick said. The changes cost the department an extra $60,000 overall.

The strain on emergency resources became apparent in 2016, Hettrick said. Firefighter paramedics and EMTs recognized there were not enough ambulances to meet demand.

A few times a month, the fire department has to stack emergency medical calls because all 11 of the ambulance rigs are tied up on other calls, Hettrick said.

Other departments in the Lower 48 have sought to make similar shifts, which has at times led to stiff resistance from unions and firefighters used to a mission of fighting fires, Hettrick said.

But Mike Stumbaugh, the president of IAFF Local 1264, said in a text message the change felt like the right direction for the department.

“It is a very big institutional shift and working with our chiefs we feel it will be a success,” Stumbaugh said.

A second senior paramedic will be assigned an SUV to respond to high-acuity calls, like cardiac arrests or pediatric emergencies, Hettrick said. The department also plans to convert three of its 12 battalion chief positions into new jobs that oversee health and safety, quality control and compliance.

“We are really truly changing the face of the department,” Hettrick said.

The Anchorage Fire Department won’t be changing its name, though, at least not anytime soon. It would be complicated and expensive to change all the logos, and it isn’t exactly clear what the new name should be, Hettrick said.