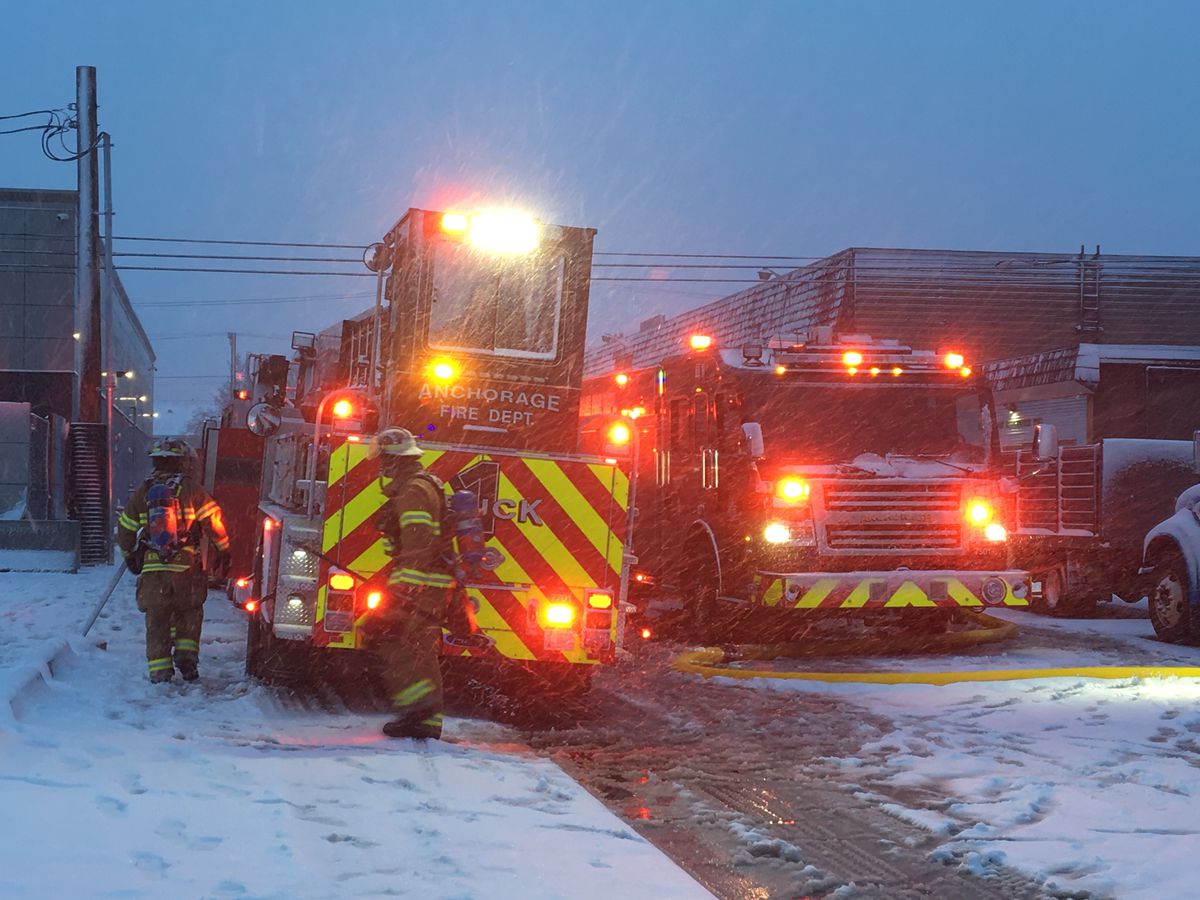 Firefighters work at the scene of a fire in an abandoned building off of Fireweed Lane in Midtown Anchorage on Friday, April 19, 2019. (Madeline McGee / ADN)

Firefighters work at the scene of a fire in an abandoned building off of Fireweed Lane in Midtown Anchorage on Friday, April 19, 2019. (Madeline McGee / ADN)

An unoccupied building in Midtown Anchorage was destroyed Friday in an early morning fire, marking at least the third time an unoccupied commercial building has burned this year.

When the Anchorage Fire Department was called to 202 E. Fireweed Lane just after 4:30 a.m., firefighters initially thought the flames were coming from a larger building to the west because the wind was blowing the smoke across the road, Senior Capt. Paul Urbano said.

The fire actually originated in a small, abandoned 30-by-30-foot commercial building that Urbano said was likely once a restaurant, based on its ventilation shafts. The fire department hadn’t been able to get in touch with the property owner, he said.

Anchorage property records list the small building as a warehouse.

Firefighters brought the fire under control at 6:11 a.m., Urbano said. Pale smoke was still rising from the burned-out building at 7 a.m., and firefighters hadn’t been able get inside to begin investigating the cause.

Urbano said the power line to the building had been disconnected, so it wasn’t receiving electricity.

Friday’s fire marks at least the third time this year that an unoccupied building in Anchorage has burned. In January, the recently closed Sea Galley restaurant off of Tudor Road was destroyed in a similar fire. Investigators later determined that people they described as “vagrants” had broken into the building before the fire started.

Later that month, an unfinished Courtyard by Marriott hotel on A Street was destroyed in a fire that investigators determined was arson.

Two other businesses that were still operating — Yakitori Sushi and Noodle World, both housed in the same strip mall on Tudor Road — have also burned this year.