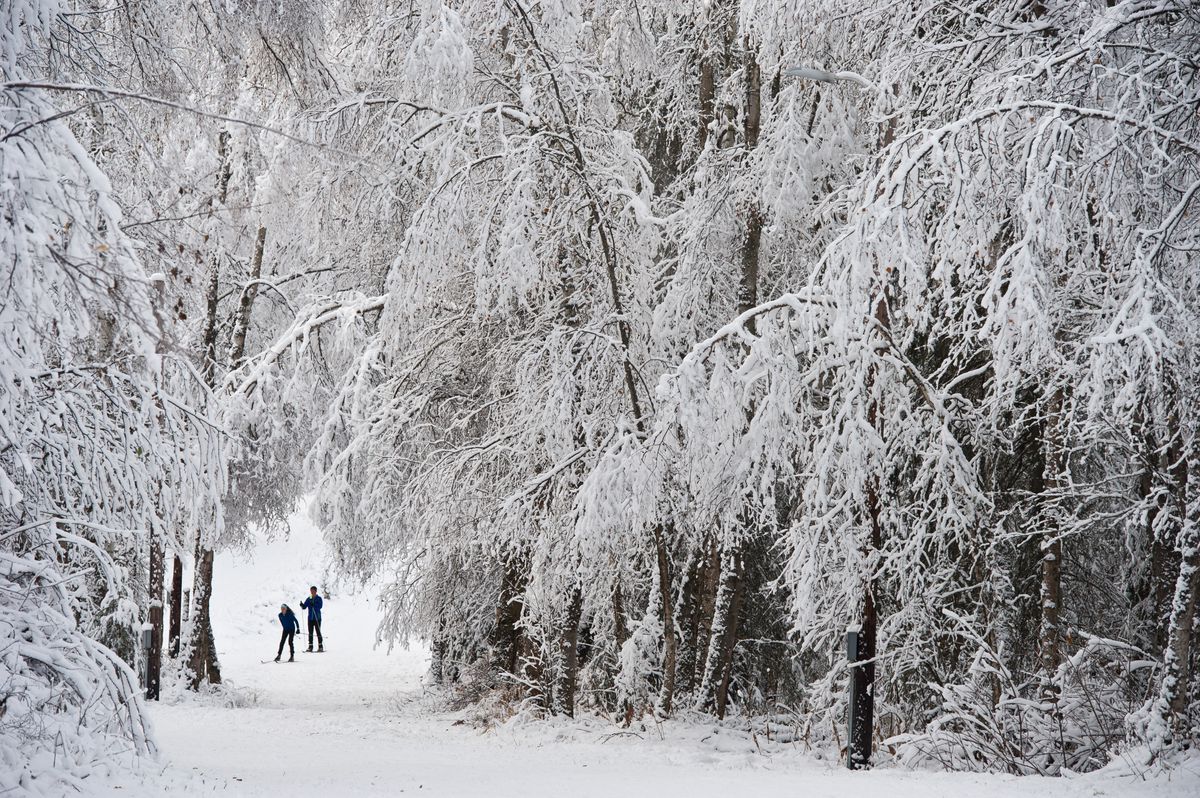 A proposal that would lock up 1,380 acres of municipal parkland from future development in exchange for cash is one step closer to reality after the Chugiak-Eagle River Parks and Recreation Department agreed to a memorandum of understanding with an Oklahoma nonprofit funded by the U.S. Army.

Department director John Rodda told the Chugiak-Eagle River Parks and Recreation Board of Supervisors about the development at the board’s April meeting in Eagle River. The memo allows the Compatible Lands Foundation to begin the process of seeking an appraisal, which will be used to set a value for the land. Rodda said the foundation has offered to purchase a conservation easement for 75 percent of the assessed value.

“I really don’t have any idea,” Rodda said in a follow-up interview about the land deal.

However, once the foundation makes its offer, the municipality is under no obligation to agree to the deal — which would require both the board’s blessing as well as the approval of the Anchorage Assembly.

The idea of selling a conservation easement at the park first came up last fall when Rodda was approached by the Tulsa-based nonprofit about the “intriguing” proposal. According to Rodda, the foundation works with the U.S. military to “lock up” lands adjacent to military bases, especially lands near live-firing areas. The general idea is to create buffer space between the bases and the public and prevent private developers from putting neighborhoods next to gun ranges.

Beach Lake Park shares a border with Joint Base Elmendorf-Richardson, where soldiers train daily with live munitions. Rodda said the Army likes having a park next door and essentially wants to ensure the wilderness area remains a park in perpetuity.

“What they’re trying to do is say, ‘We want to protect this and make sure people next to us are protected, too,’” Rodda told the board.

Rodda brought a map to the meeting showing which 1,380 acres of the 1,750-acre park would be included in the easement, including all lands north of the Alaska Railroad tracks except for a private inholding owned by a Christian summer camp.

He said the easement would allow for the same things the park is currently used for, including dog mushing, fishing and camping.

“It allows us to operate just as we always have,” he said.

Funds from the sale of the easement would go directly to the local parks department and there are “no strings,” Rodda said, meaning the money could be used for anything from park upgrades and maintenance to a reduction of local property taxes.

The next step in the process will be for the nonprofit to return a “Yellow Book” appraisal to the municipality. Nothing is set in stone, Rodda said, and the municipality can walk away from the deal at any time if it doesn’t like the terms.

“There’s no foregone conclusion,” he said.