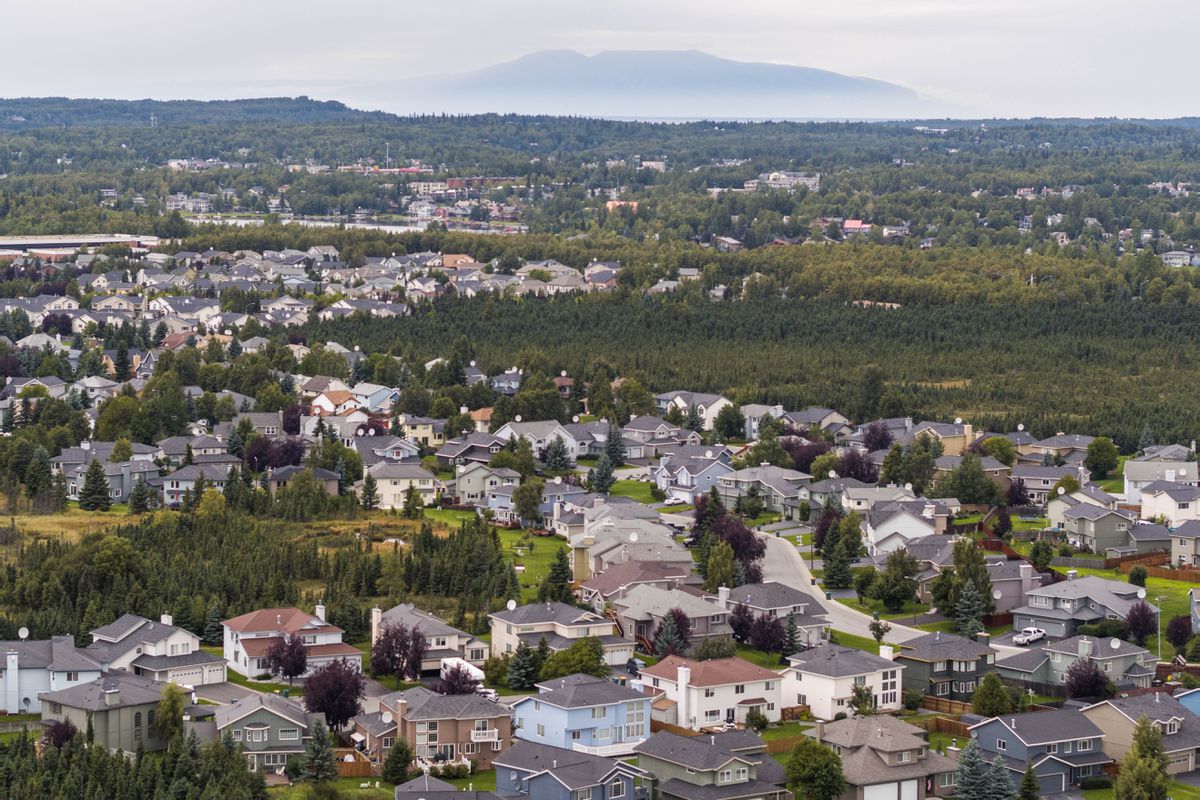 Local tax bills will soon appear in mailboxes. The overall tax rate for homeowners is slightly lower than in 2018, according to city budget director Lance Wilber. Some homeowners with increased property values may receive a higher tax bill, while homeowners with serious earthquake damage may owe less.

Commercial property owners have been paying higher taxes since voters approved a bigger tax break for homeowners in 2018.

Next year, property taxes for homeowners could suddenly rise hundreds of dollars, officials warned, depending on what the Alaska state government budget looks like this summer. Right now, the state pays tens of millions of dollars to help cities like Anchorage pay down its debt for school bonds. The bonds pay for a wide range of construction and maintenance projects at local schools, including new roofs and heating and ventilation systems.

In his budget proposal, Gov. Mike Dunleavy suggested halting those payments entirely. The Alaska House of Representatives has proposed paying half of what the state did last year; the state Senate is vying for the full amount. Even if the Legislature decides to keep the payments, Dunleavy can veto it.

[In Anchorage, Gov. Dunleavy’s proposed budget may mean a boost in property taxes. Here’s why.]

Without any state assistance, city officials estimated a $630 property tax increase for a $350,000 home in 2020. Commercial property owners could owe thousands more, depending on how much a property is worth. Most people pay taxes along with their mortgage, and the change would translate into higher mortgage payments next year, Wilber said.

“There’s really nothing anybody can do about it. It becomes an instant increase to the taxpayers,” said Anchorage Assemblywoman Crystal Kennedy of Chugiak-Eagle River.

Changes to the state revenue sharing program, meanwhile, could force the city to cut services this year, Wilber said. Anchorage currently receives about $6 million from revenue sharing, a pool of cash generated from state oil wealth.

Amid the uncertainty, the city Assembly adopted a final budget and set the tax rate this past week. The vote was 9-2, with Kennedy and fellow Chugiak-Eagle River Assemblymember Fred Dyson the no votes.

Overall, the $526 million budget rose about $5 million from 2018. City officials pointed to factors like ever-rising labor and health care costs, as well as growth in the city tax cap based on population growth, new construction and inflation.

A larger budget was hard to avoid, said downtown Assemblyman Christopher Constant. Cuts happened in almost every department, he said.

“The cost of business is expensive,” Constant said.

A small pool of surplus money went largely to the city’s efforts to clear illegal encampments and reduce homelessness. Anchorage will spend an additional $150,000 to clear and clean illegal camps, on top of an existing $650,000 budget for cleanup alone, and $185,000 on an overflow shelter.

The Berkowitz administration had originally proposed spending that money on a new stormwater utility. That idea ran into opposition from the Assembly; Assemblyman John Weddleton called homelessness the city’s “front and center crisis.”

An alcohol tax that would have raised $13 million for homeless services, substance abuse treatment and public safety failed in the April election.

[The Anchorage alcohol tax failed, but supporters are considering another round]

Wilber said the stormwater utility project will still move forward but with different sources of money.

Other new spending included a lab technician at the Anchorage Police Department to help the state clear its backlog of untested rape kits.

Anchorage’s budget is based on a $2,500 Permanent Fund dividend in October, Wilber said. The city recovers delinquent fines and fees by garnishing PFDs.

Because of factors like new construction, inflation and population growth, the city was able to collect more in taxes in 2019. The overall tax rate grew slightly for general government but dropped for the Anchorage School District, which meant a small net decrease in the overall tax rate, Wilber said.

Homeowners have been paying less than they otherwise would because of the higher residential property tax exemption, but business property owners have generally seen higher taxes in the past year, Wilber said. The Berkowitz administration has pursued several policies aimed at distributing the city’s tax burden more evenly across different types of taxpayers, including a new gas tax and reviews of property tax exemptions.

Kennedy, of Chugiak-Eagle River, said she was concerned about taxes and higher spending at a time when the state was weighing whether to stop its school bond reimbursement program.

Though the tax rate is lower, homeowners may not see a difference because property values keep rising, Kennedy said. The city should be looking closely at ways to curb costs, she said.

“Maybe it looks good on paper, but the reality is, people continue to pay more,” she said.

Wilber said the Berkowitz administration is working to make strides on cutting labor and health care costs, two of the biggest cost drivers in the city budget. In March 2018, for example, a new employee health clinic launched that was designed to lower expenses, Wilber said. He said the approach seems to be working, though it’s still too early to offer specific data.